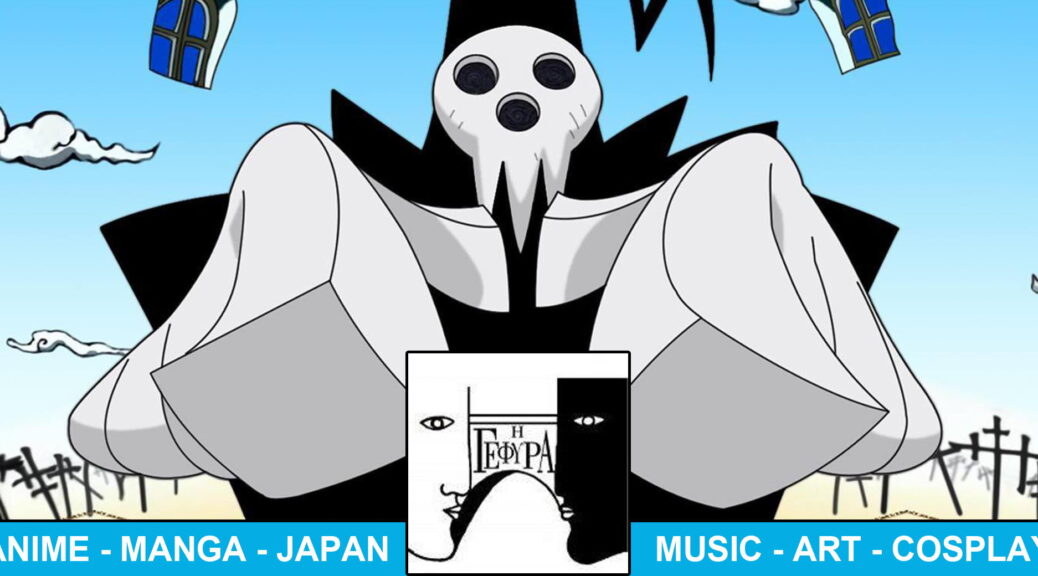 Xanthi is well known for carnival! But what about Cosplay? The Cultural Association of Xanthi’s University Students “I Gefira” responded to this with the one and only Anime / Manga party in 2013! We talk about everything!

Xanthi is the epicenter of carnival in northern Greece! Despite the city’s huge interest for themed costuming, it’s not something being reflected in Cosplay too! For one and only time was the city’s public given the opportunity to get in touch with Cosplay, thanks to the Cultural Association of Xanthi’s University Students “I Gefira“!

On November 9, 2013, the one and only Anime Manga Party in the city was organized by the association and its members back then, as part of a set of activities themed around Anime and Manga! A music night full of Japanese anime music, karaoke, food and of course Cosplay!

Let’s talk in detail about it with Dimitris Aretis, member of the association “I Gefira” during that period! 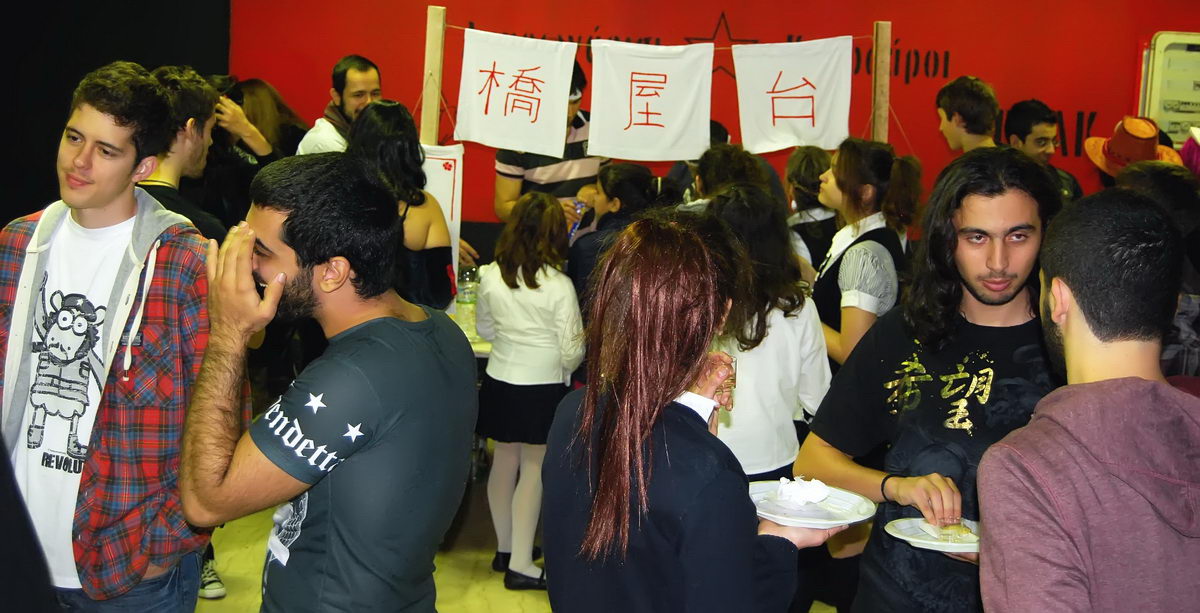 1) Tell us a few words about your association! What led to the event you hosted in Xanthi? Why did you choose Xanthi for this event? What type of event was it and what themes was it about? Were those themes based on the organizers’ personal interests, and if so, when did you start taking an interest in each of them?

The Cultural Association of Xanthi’s University Students “I Gefira” has been active for over 25 years in the city of Xanthi, Greece. The members of the association are students of universities based in the city, who are given the opportunity to engage in a wide range of activities through various groups ( radio, theater, music, art, photography and others ) and to interact with each other.

The event titled “Anime Manga Party” was organized by its group of artists, which I was in charge of back then, as part of a series of activities related to the rising popular culture of anime / manga, during the academic year 2013-14. Examples of these activities are character design seminars in manga style and a tribute to Hayao Miyazaki with film screenings, exhibition of members’ works and construction of a model of the “Howl moving castle” using pepakura technique. 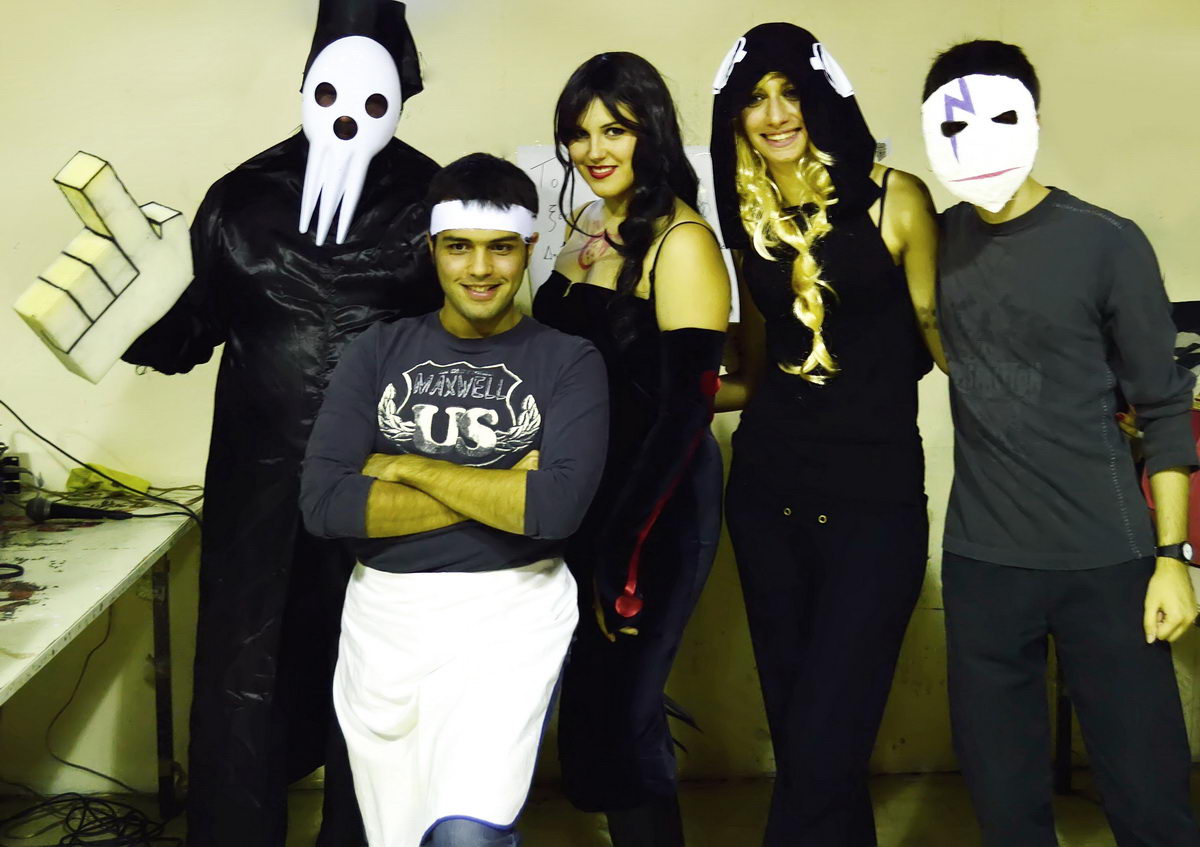 2) What was needed to set up the event? What was the preparation plan that you followed?

In order for such an undertaking to see the light of day, the voluntary contribution of the team’s members and the association in general was necessary, with everyone having a loaded schedule and obligations related to their studies at the same time .

There were procedural issues that we had to deal with in order to use the university’s space for the event, while at the same time lots of brainstorming was required to set it up with the limited budget we had at our disposal. 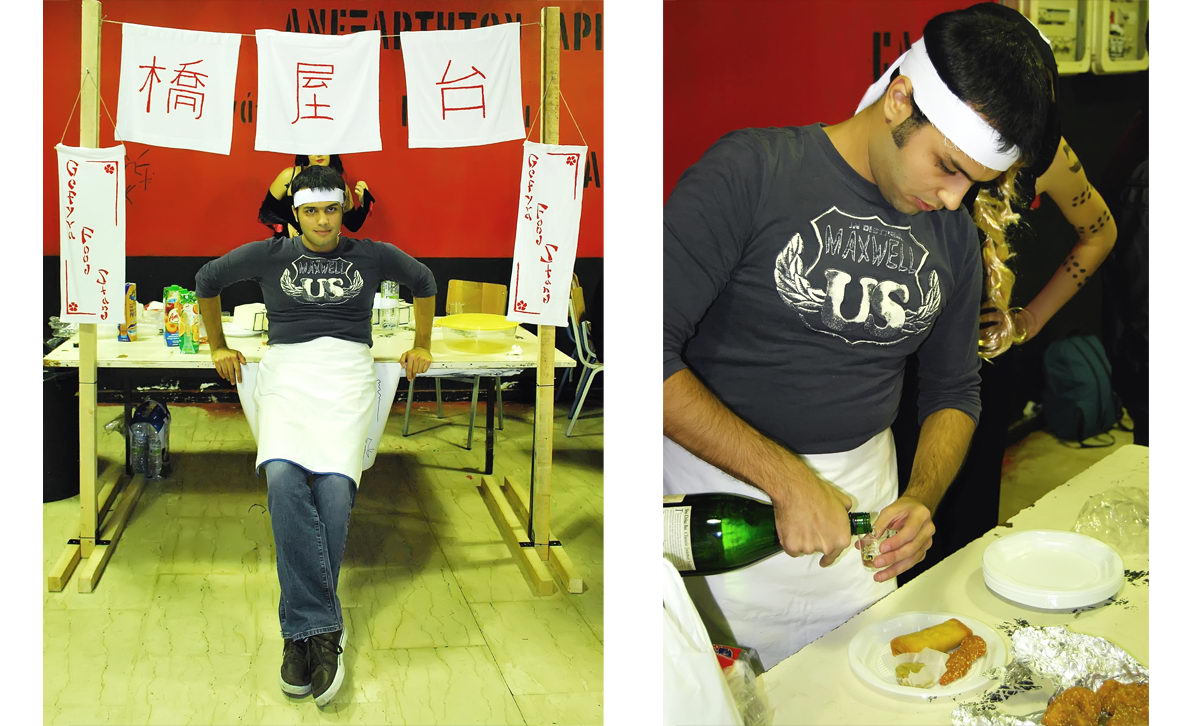 3) How did you feel during your event and how after its end? Describe this experience to us.

During the period when I was a member of “I Gefira” association, I participated in the organization of the association’s various activities. However, this case ( “Anime Manga Party” ) was our first attempt for such a type of event and there was a lot of stress. We weren’t sure if people would respond to it. Fortunately, to our great surprise, the event was attended not only by students, but also by residents of the city who showed great enthusiasm and were left happy after its end, both them, as well as us, as the organizer team. 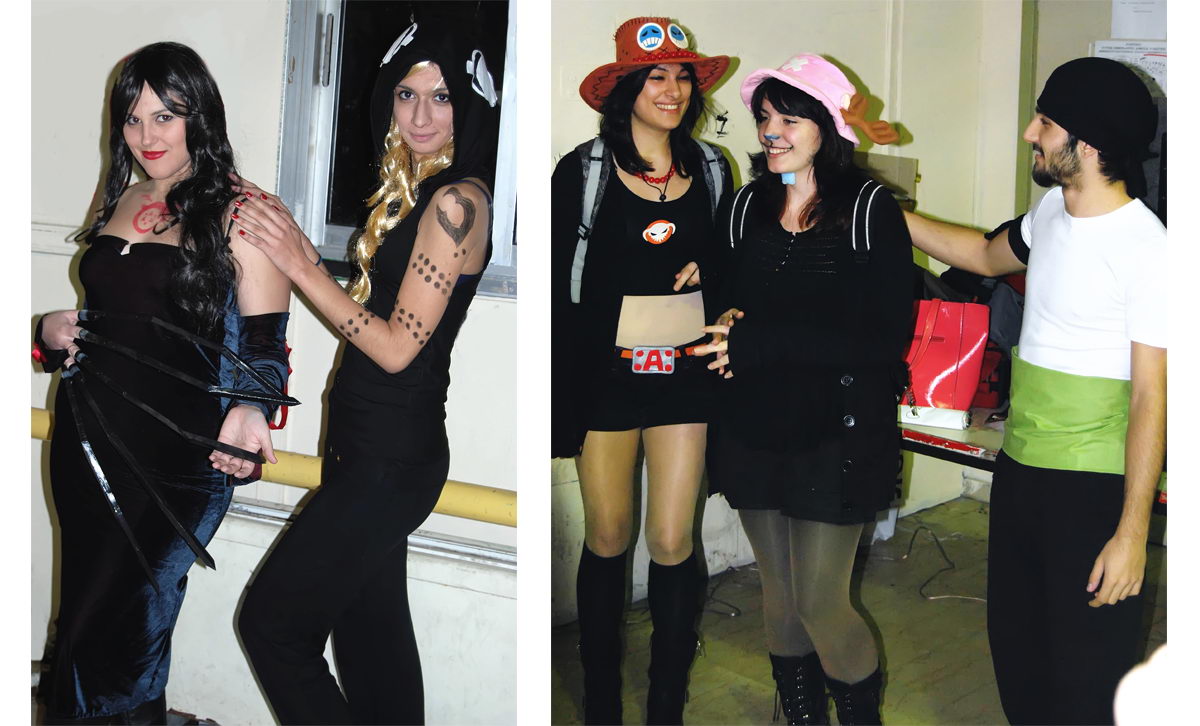 4) Why did you decide to include Cosplay in the event’s themes? What more do you think did the presence of Cosplays provide to your event?

Adding cosplay and a best costume contest was a general requirement set by the team members. We considered it as an integral part of anime / manga culture, as well as that it would offer an opportunity for creativity both to us and to those who would like to attend. 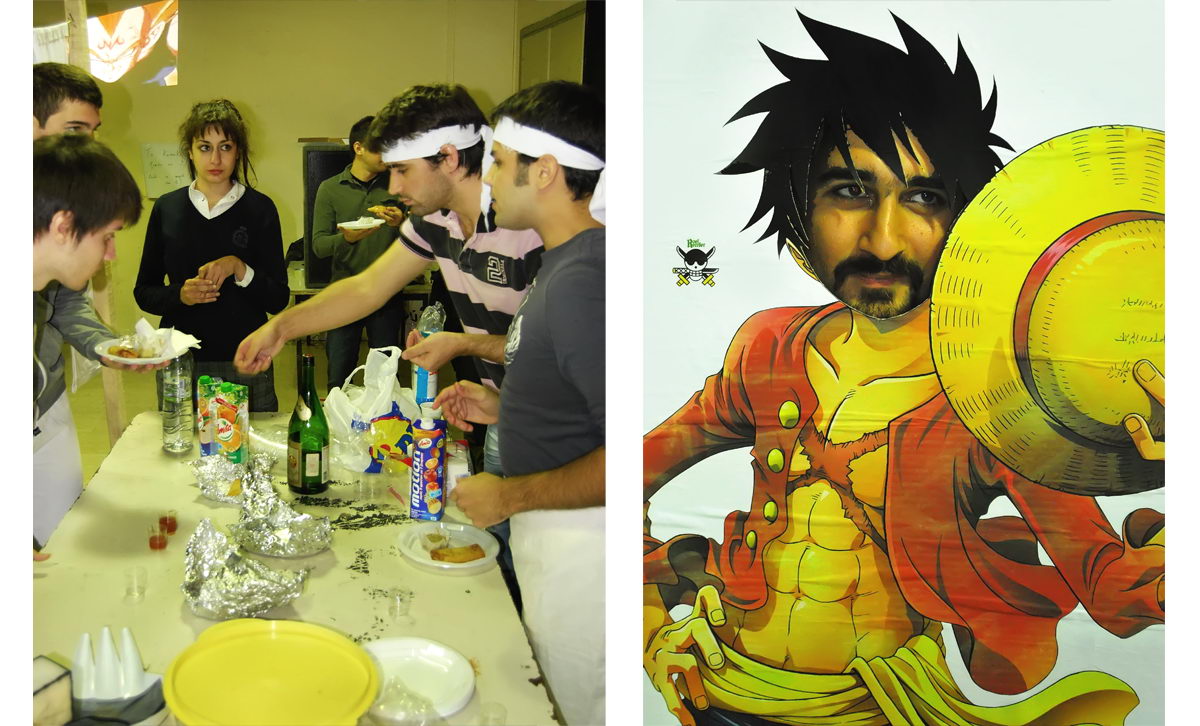 5) Was there any intention to continue in the future with new additional events? What made you not do it in the end?

This event took place, as I mentioned above, in conjunction with other related activities. I don’t know if any attempt was made to continue it or if there was a demand for something like that, since I graduated the following year and stopped being an active member of the association.

6) What’s your opinion, in proportion to Greece’s size, about the size and level of the audience of the scene back then, towards which your event was addressed? Comparing it to the present point of time, do you notice any quantitative and qualitative differences in this audience?

As a resident of a provincial city, I didn’t know and don’t know the size of the community that existed in Athens and Thessaloniki. For me, the success of the event proved that there was an audience with an interest in anime / manga culture, even in the city of Xanthi.

Today the audience is bigger and has more knowledge. The abundance of existing multimedia material has led many new people to get into, read, watch series and come into contact with this culture. 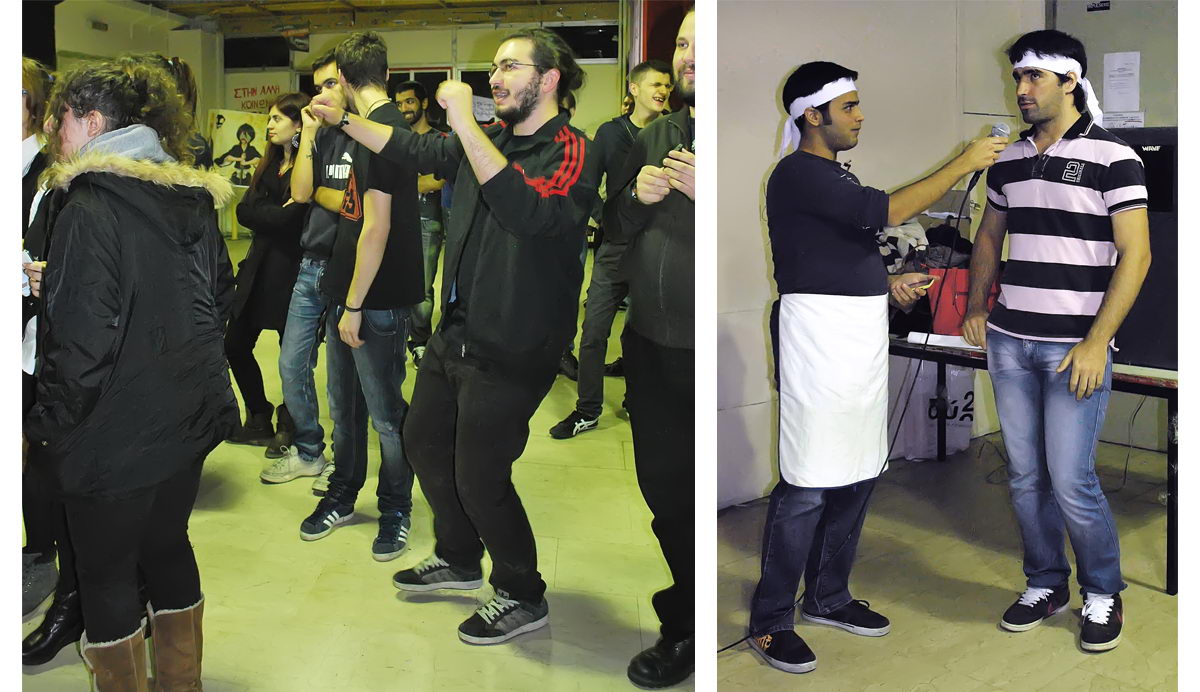 7) What’s your opinion, in proportion to Greece’s size, about the size and level of Greek Cosplays, based on what you know about it?

I’ve been following conventions being organized in Greece during the recent years and have noticed that the improvement is noticeable, year by year. As a country, we may not have such easy or direct access to raw materials used by cosplayers abroad, but I don’t think that this can be an obstacle for anyone who wants to get into cosplay. 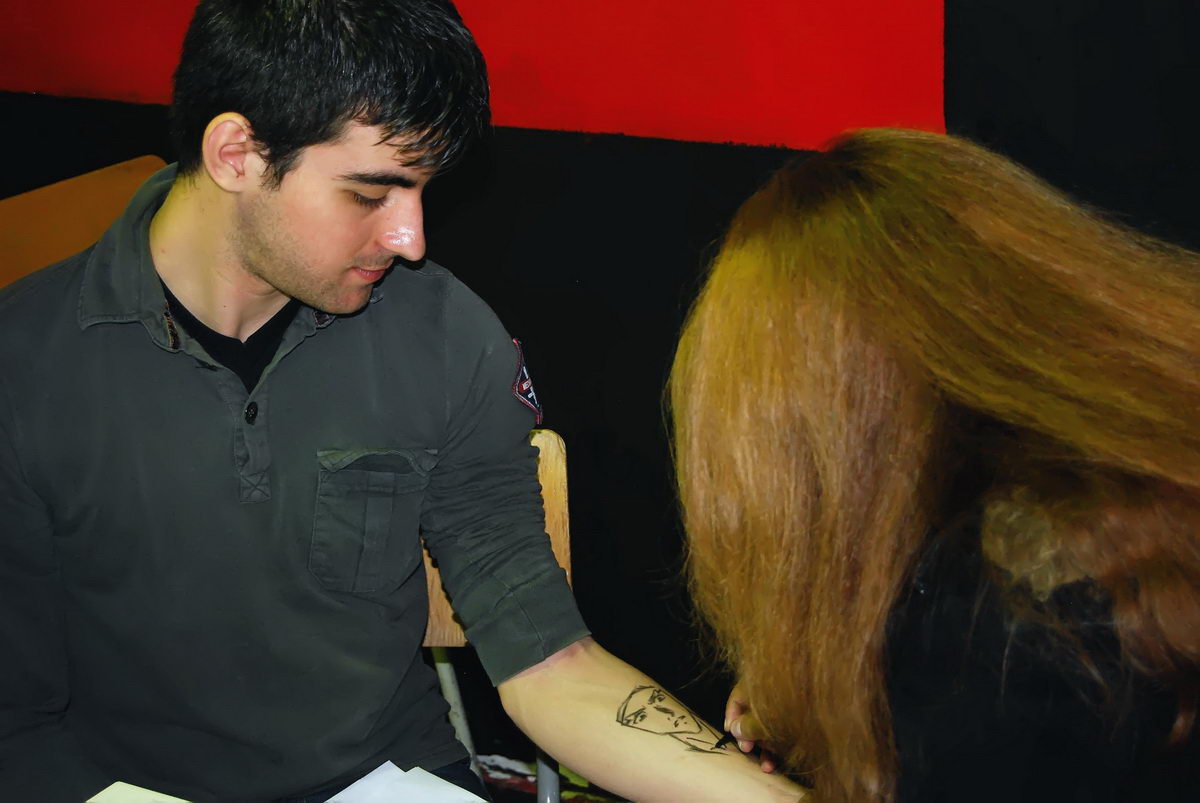 I would like to wish them to be creative and not stop doing what they like and expresses them. 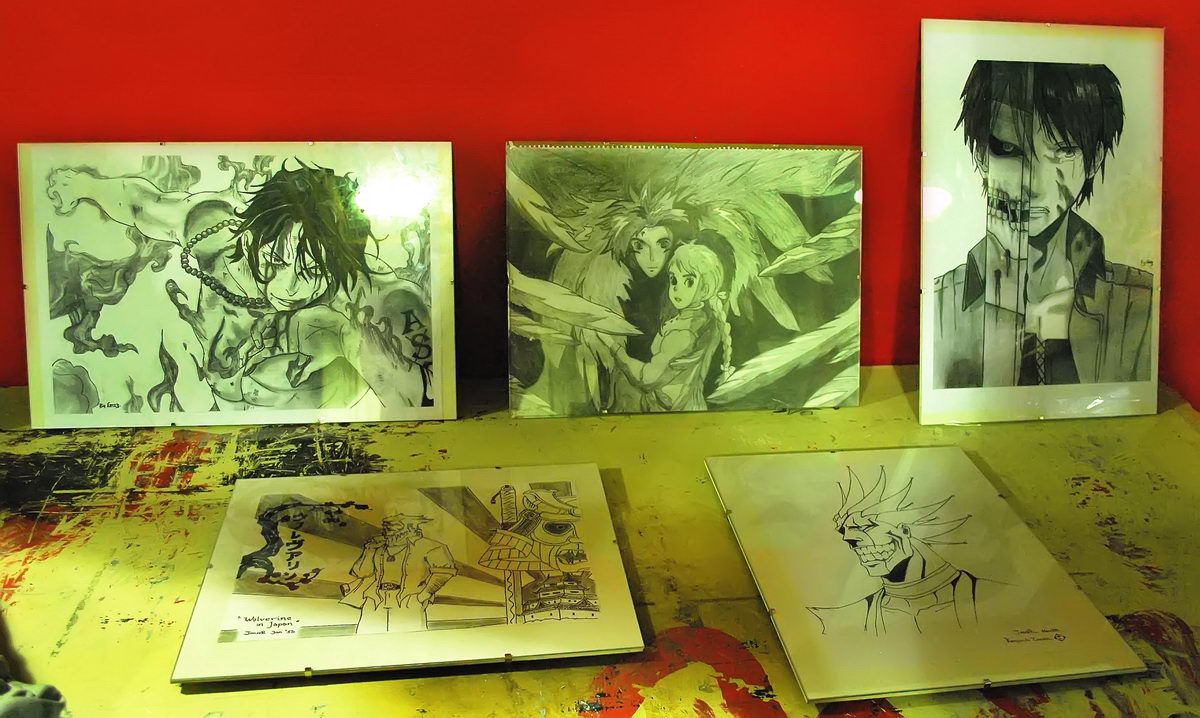 EVENTS BY “I GEFIRA” WITH COSPLAYS ! INFO & PHOTOS !