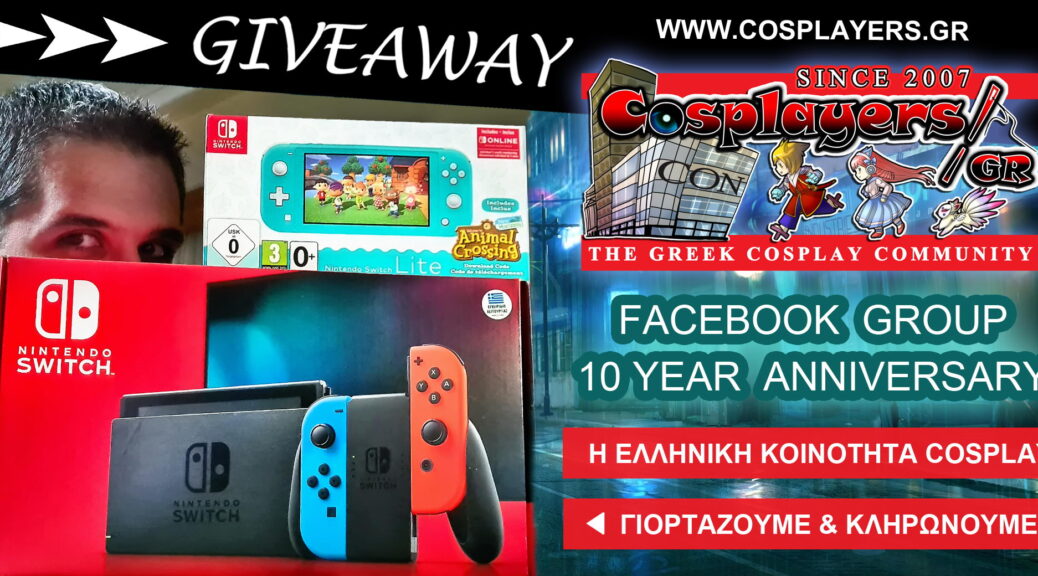 Cosplayers//GR’s Facebook Group, the one and only Greek Cosplay Community, turned 10 years old and we are giving away 2 Nintendo Switch packs!

10 years!!! That’s how old Cosplayers//GR‘s Facebook Group just got! The one and only online Greek Cosplay community, which turned 10 years old on January 6, 2021! Counting, after so many years, over 6500 members, 6500+ news posts about Greek Cosplay and thousands of posts by its members, it was, is and always will be exactly that, and one of the core elements in defining Greek Cosplay!

To celebrate, we prepared another super festive grand giveaway for you, the way only we know how to! Two packs of the past few years’ hottest console, NINTENDO SWITCH! But more on that later! Let’s first check the 2 big winners of our previous grand giveaway for two brand new PLAYSTATION 5 and XBOX SERIES S!

In case you are new in the community and don’t know about our immense work in the community since 2007, as well as about the huge priceless encyclopedic knowledge and infinite coverage about Greek Cosplay that you’ll find at our website and our media, check them all in the beginning of our website’s grand opening article, organized in one place, here.

THE 2 BIG WINNERS OF OUR PS5 & XBOX SERIES S GIVEAWAY !

The time has finally come for the announcement of the two big winners of our previous grand giveaway of the two brand new PLAYSTATION 5 and XBOX SERIES S! Are you maybe one of them? Find out now by watching the video of our new huge giveaway of two NINTENDO SWITCH packs and participate in it too ( only for Greek residents )! Winners will be contacted soon to receive their prizes! 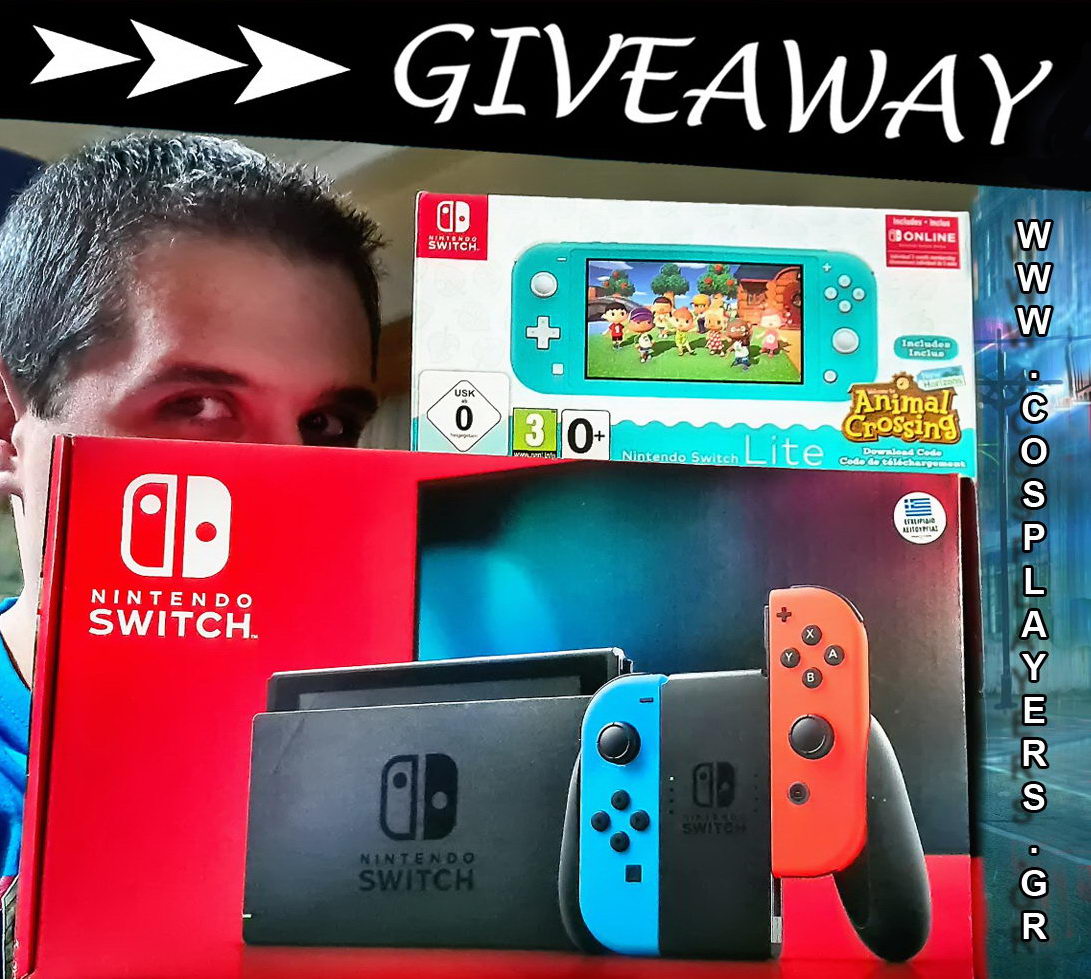 The right to participate in the giveaway is solely limited to residents of Greece which are members of our strictly Greek Facebook online community “Cosplayers//GR – The Greek Cosplay Community”. With that in mind it can only be accessed through the website’s Greek language option.