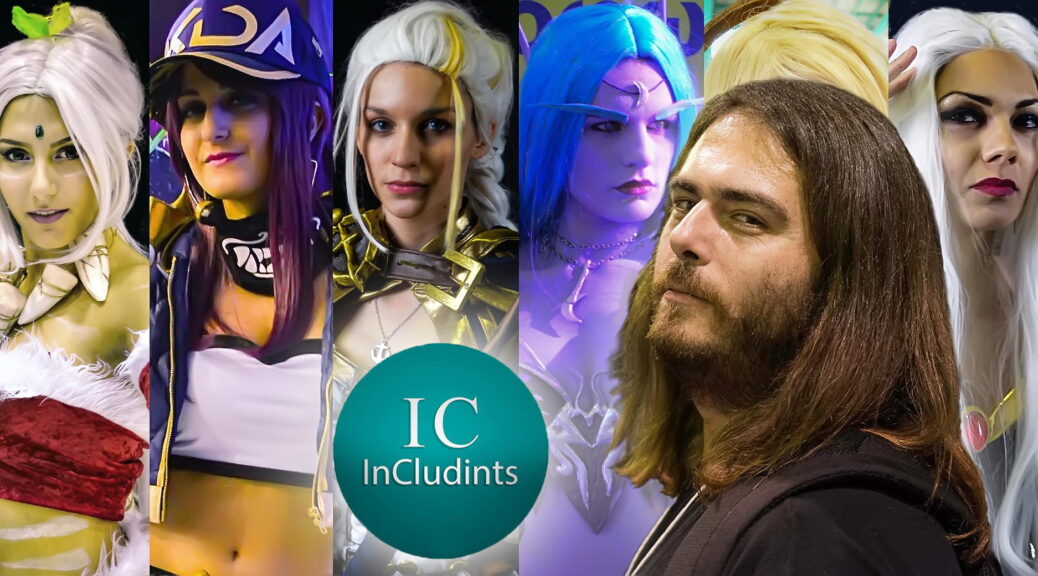 Petros Solomos ( InCludints ), the old well know Greek photographer in Athens, talks to us about Cosplay, photography and his work!

We meet him at various events and major conventions in Athens during the last 8 years! With dozens of photos and videos, he shoots many of the Cosplays present, in his own unique style, as well as the events themselves. If you visit them, you’ve probably met him too! Petros Solomos, also known as InCludints!

Starting on October 13, 2012 at Oshare Play! Open Season Party, he continues to this day, having covered 23 events with Cosplays until now and a total of over 640 Cosplays!

He is one of the 4 remaining active Cosplay photographers in Athens ( and Greece ) who shoot as many Cosplays as time allows during an event, thus providing a more comprehensive picture of all present Cosplays at an event to the viewer, and the 2nd oldest among those remaining in action!

Let’s talk with him in detail about everything! 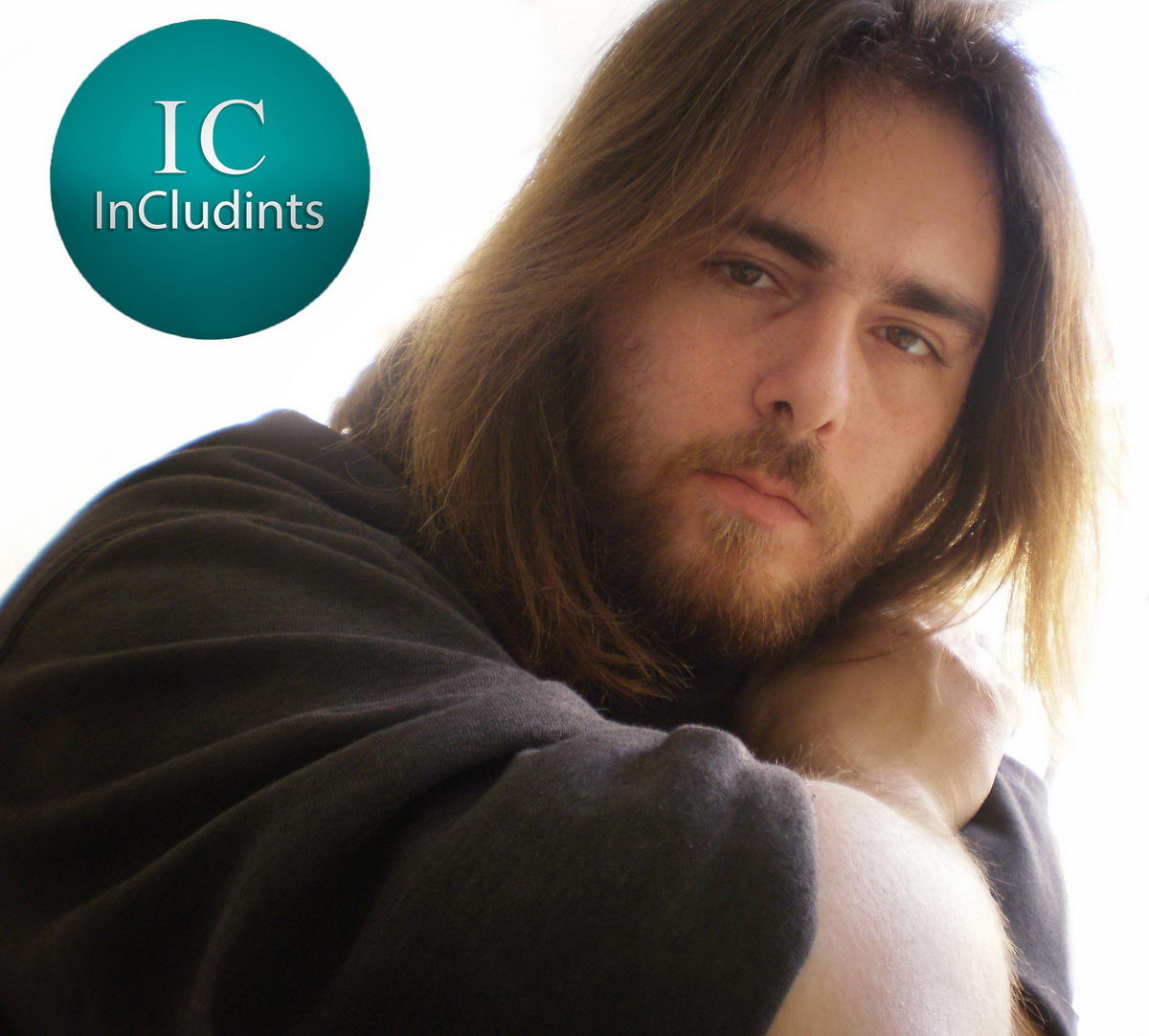 1) Tell us a few words about yourself! What do we need to know about you?

Hmmm, a few words about myself and what you need to know … Difficult question. First of all, that my name is Petros, that apart from photography I also have a Youtube channel called InCludints and that I deal with 3D / 2D Animation and Amateur Radio. I also have a special place in my heart for the 80s and 90s, rock music, cartoons / anime, but also videogames of that period, without excluding later ones. Those are just my 2 favorite decades, as far as those are concerned. 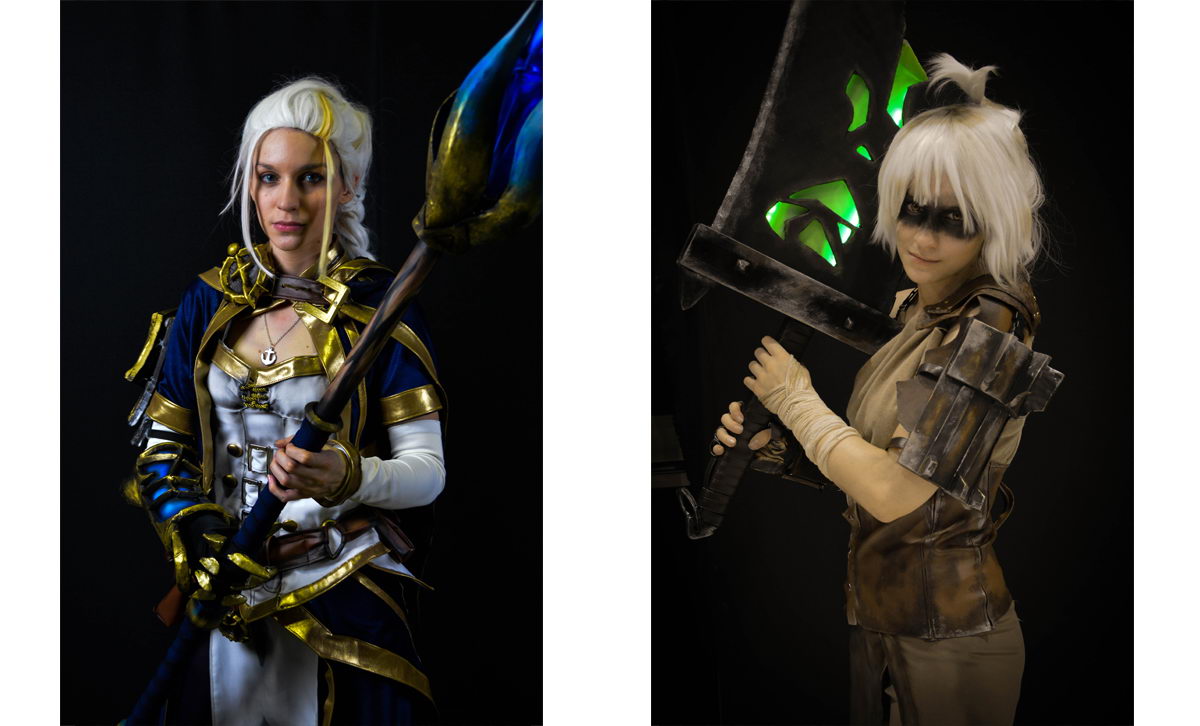 Starting from a young age, I liked photography, but I didn’t particularly get into it. At the age of 25, I decided to study 3D / 2D Animation and some photography classes were among that.

I started getting into photography intensively in 2012 using a borrowed DSLR and then gradually bought my own equipment. The types of photography I prefer are portraits, landscapes and nature. 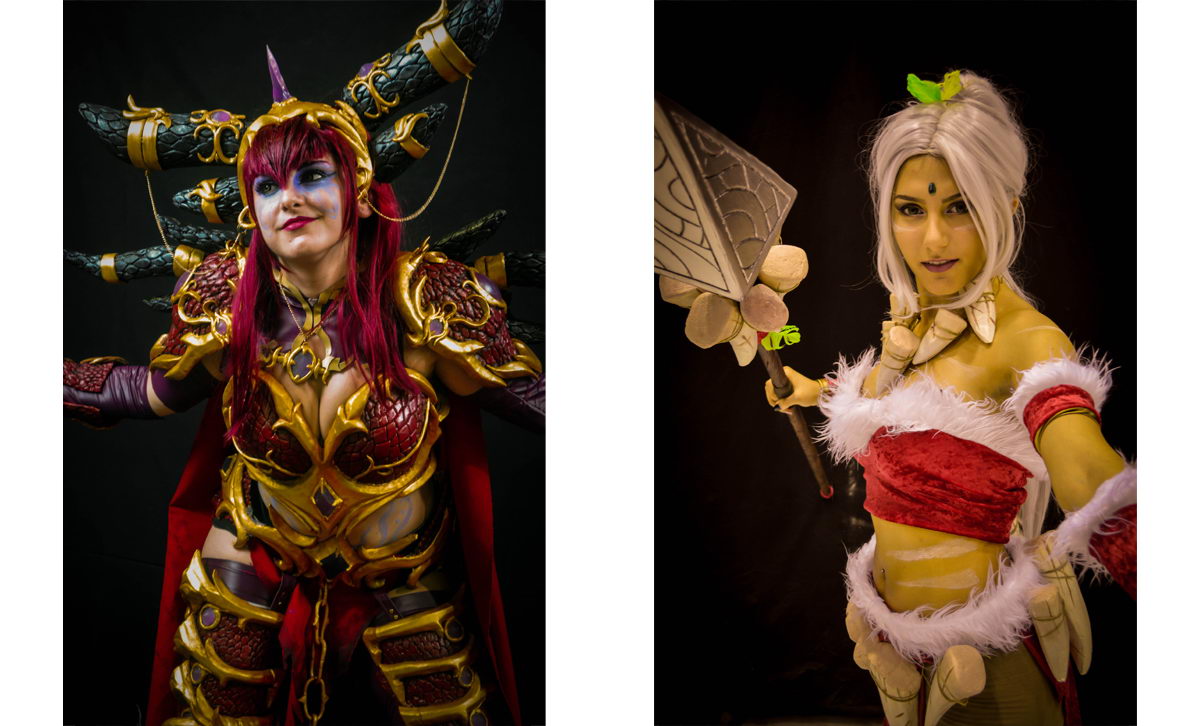 3) Do you consider your engagement with photography to be a hobby or something more serious? How does this determine the way you photograph?

I started as a hobbyist, but over time, jobs appeared. My personal style is different from my professional one. I like to take it easy and capture the moment, while I don’t want anything to be left up to chance while in professional mode. 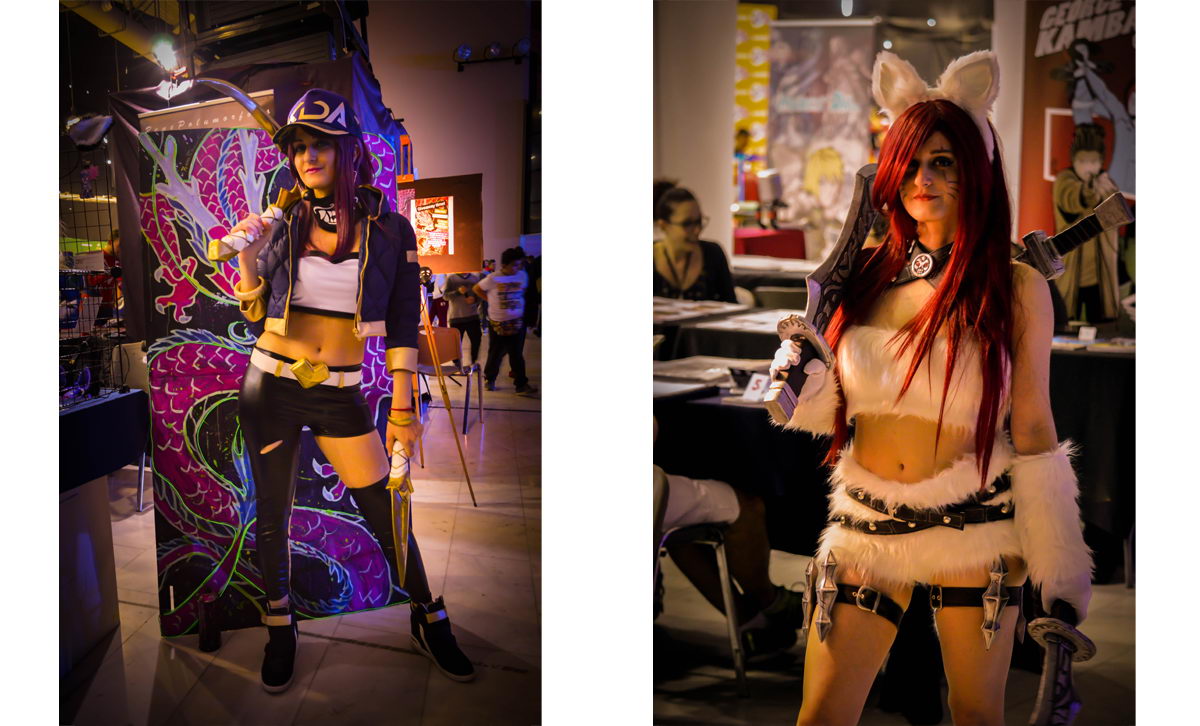 RenePolumorfous as Akali & Katarina from League of Legends

4) What was the reason that pushed you to specifically get into Cosplays photography? What was your first contact with the subject? How do you think it differs from other photography subjects?

My contact with the magic of photography and Cosplay is one and the same, since I started discovering them at the same time. Cosplays have color and life. Each person bringing a character to life will put his own effort and touch in it. So, if there are 2-3 or more people in photos with the same Cosplay, they will each have offered me a different approach of the character they cosplay as. 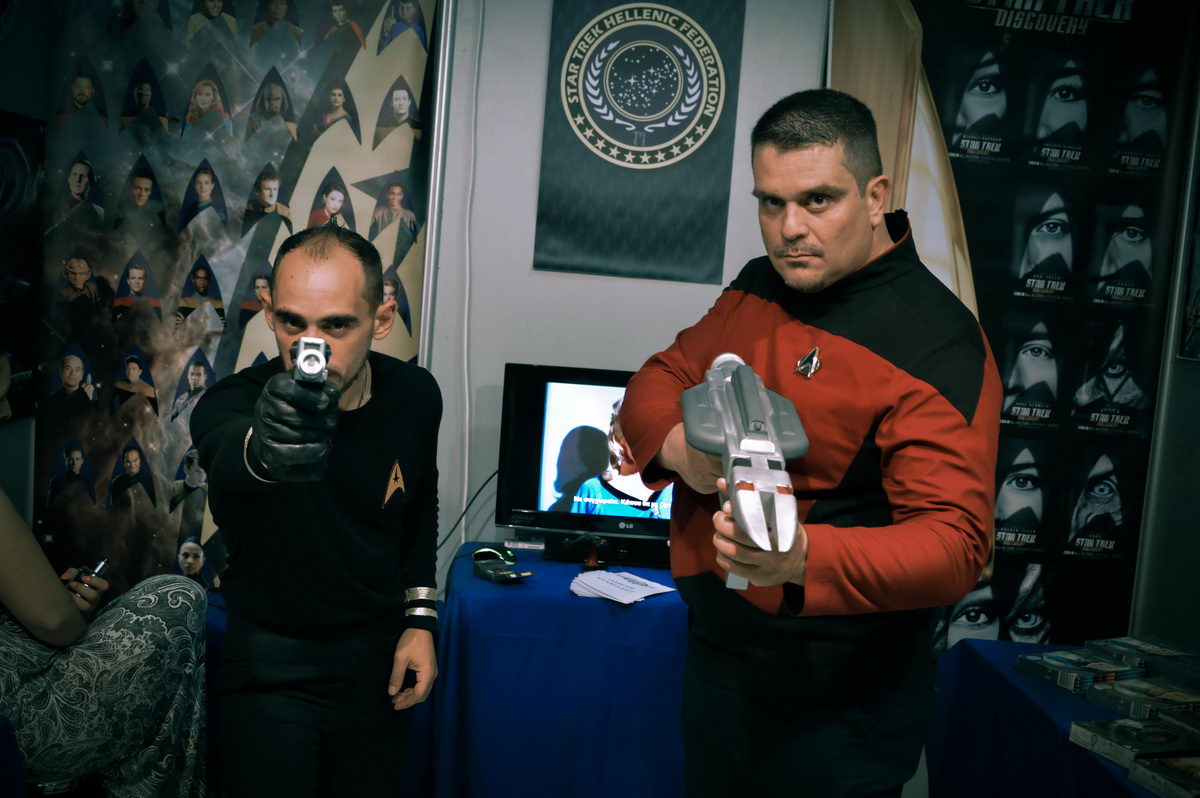 5) What kind of characters, sources or types of photography do you prefer in Cosplay photography? Are these choices based on personal interests, and if so, when did you get in contact with each of them? What are your favorite Cosplay characters you’ve shoot so far?

I generally show interest towards all Cosplays. I spend more time towards characters I known and impressive Cosplays though. 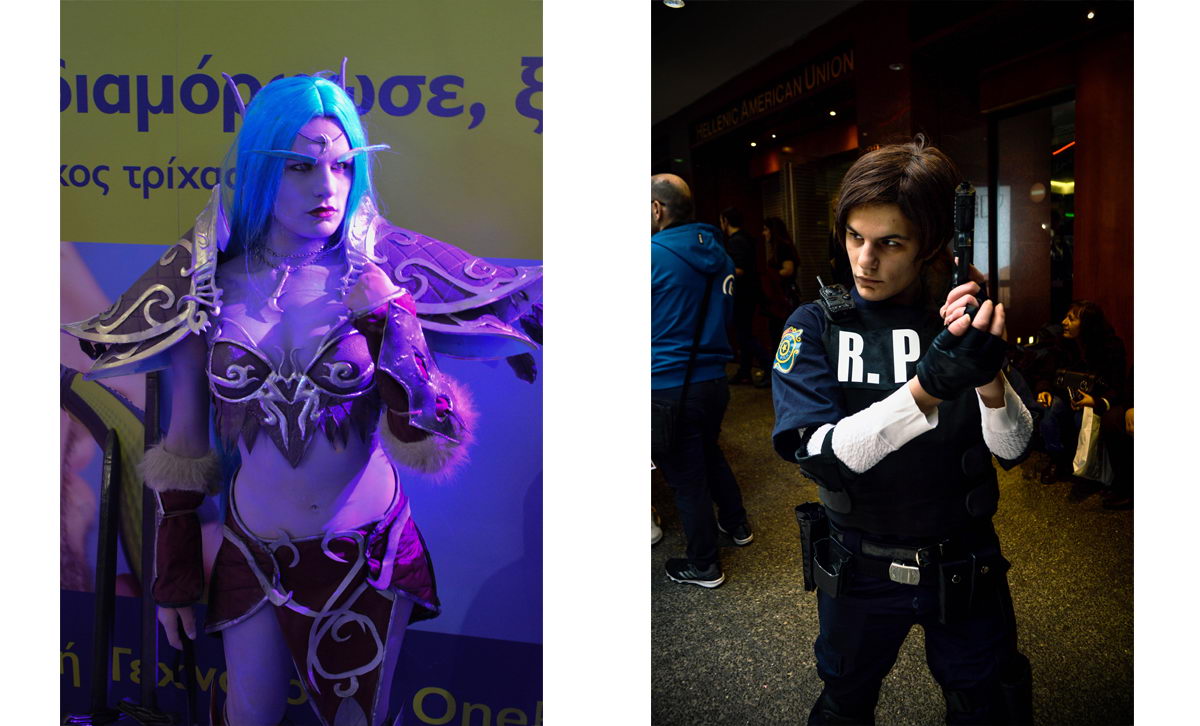 I prefer my photos to have color and can say that I’ve almost stopped using flash. Some people consider it bad or wrong, but I personally prefer to have more natural and spontaneous shots and I rarely ask people to pose.

As for editing, I keep learning techniques and tricks, trying not to remain stagnant and constantly show different results. 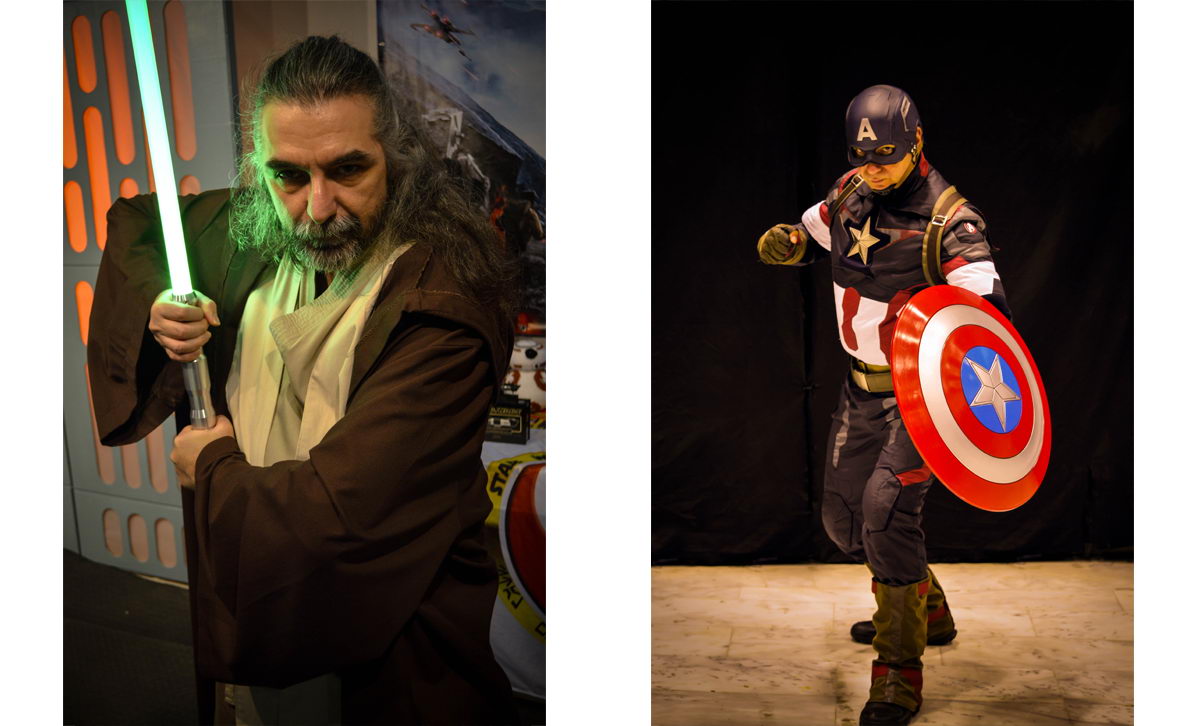 7) How did you end up covering Cosplay events regularly and what experiences did you get from it after all that time?

I started covering conventions for two reasons. The first is to make music videos from conventions on Youtube and the second is that they offer me tons of material I can photograph for hours non-stop. 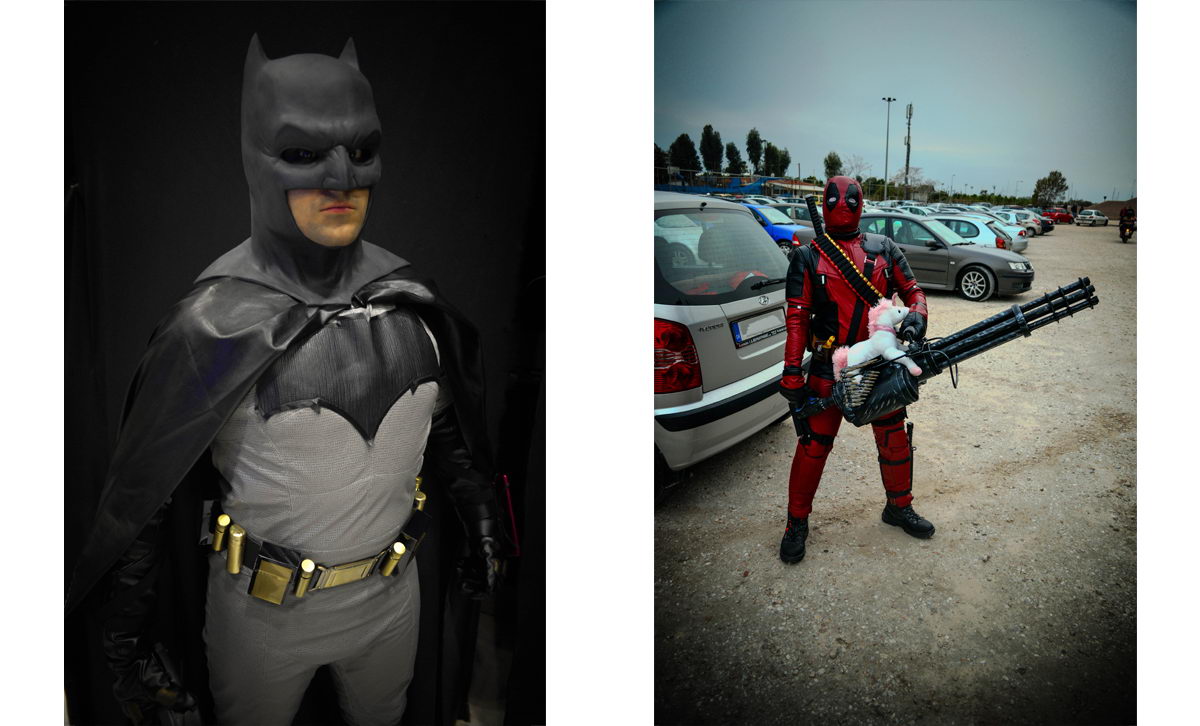 8) In addition to photography, you are also videoshooting events. What shooting pattern do you follow in your videos and what content do they include?

I like to have shots in my videos that don’t change too fast or too slow. I want them to “breathe”, as I tend to say.

Their content depends on various factors. When it comes to conventions, I try to cover as many booths and Cosplays as I can, which is not easy, since there’s photography to be done at the same time, making the situation usually complicated.

9) Was the theme and size of an event ever affected your decision to cover it? What would you say were your favorite events so far?

I definitely go selectively to conventions and events, but I don’t care if they are small or large, since what matters for me is if their theme expresses me.

I have many favorites and I can’t choose easily. Some of them are AthensCon, Comicdom Con Athens and GameAthlon, where I try to be present starting from the morning of the first day until almost the end of the last day. 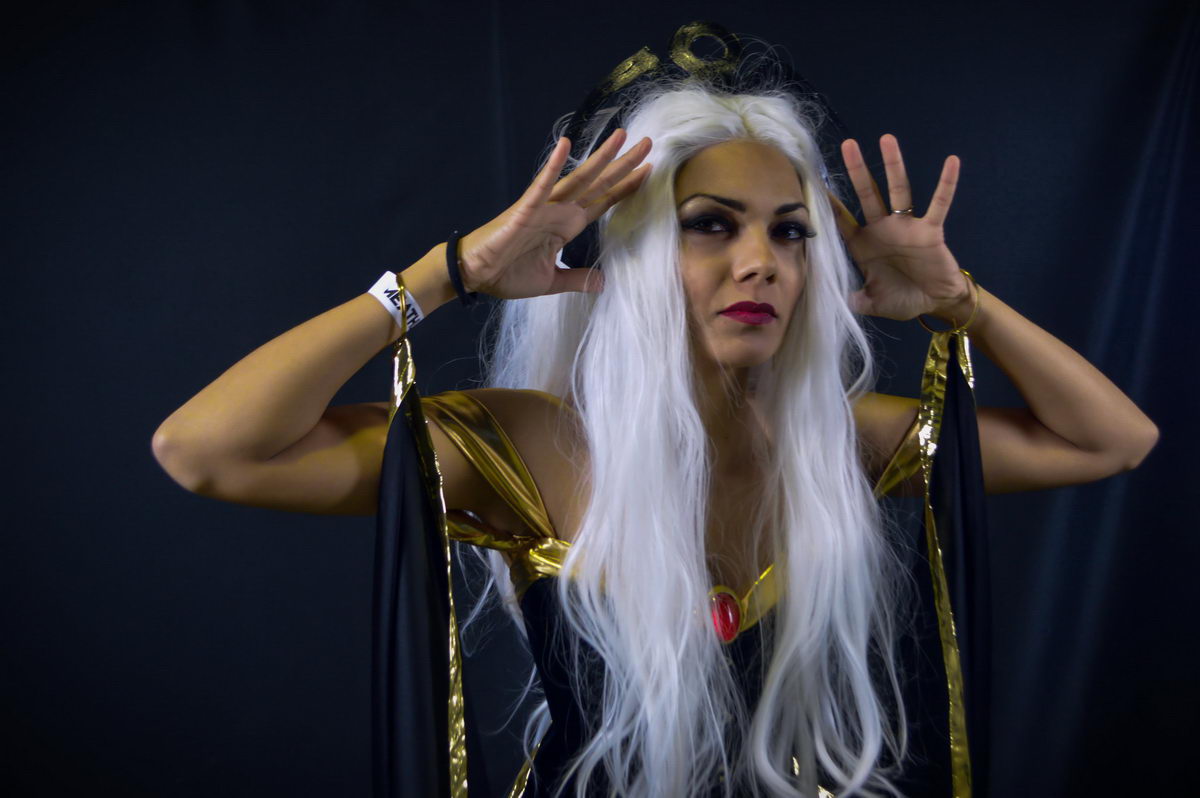 Kirke Cosplay as Storm from X-Men

10) Are you generally satisfied with the people’s response to your work during all these years?

Based on the level I’m at and while I haven’t concerned myself with promoting myself, I would say that I’ve received a noteworthy response. 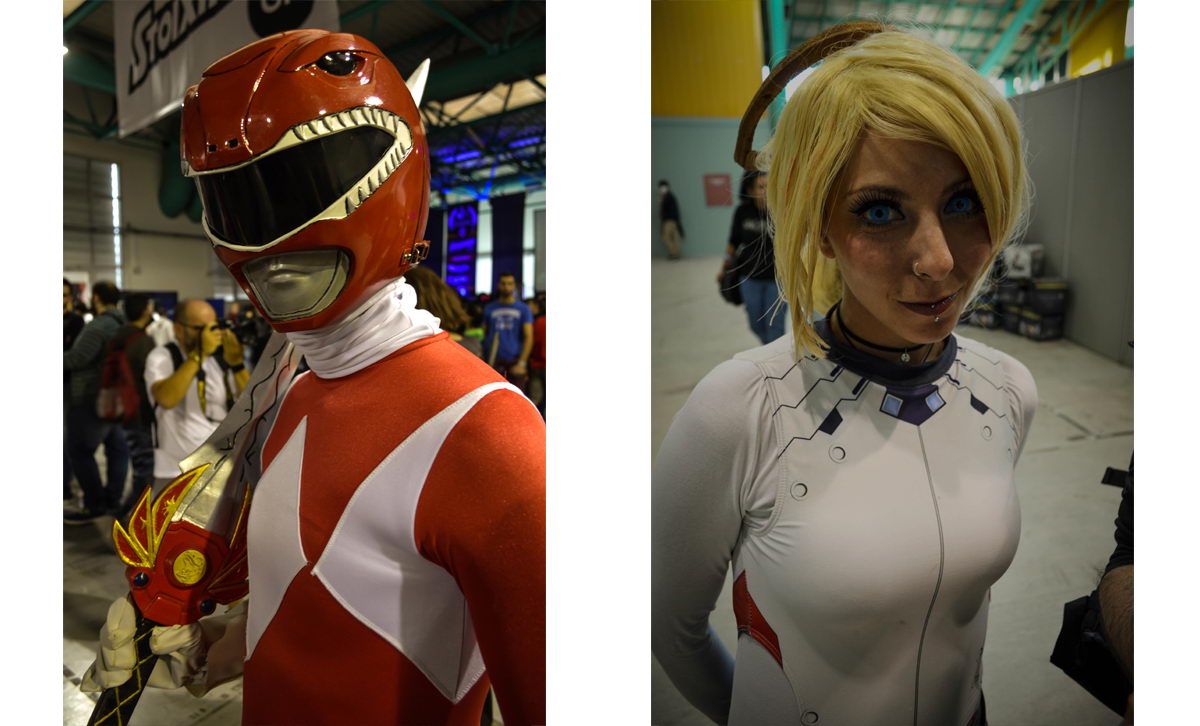 11) Do you think that Cosplay will continue to be a part of your photography as a subject for a long time? If so, what plans do you have on that for the future, that you have not yet been able to realize? Is there a long term goal or personal dream that you want to achieve in this regard?

I’ve gotten into many friendships with Cosplayers and this gives me an impetus not to leave this subject. As I said above, Cosplay is color and life for me and that helps me experiment and evolve. I have achieved most of my goals related to Cosplay. What I want is a one of my photos to decorate the poster of an event at some point. 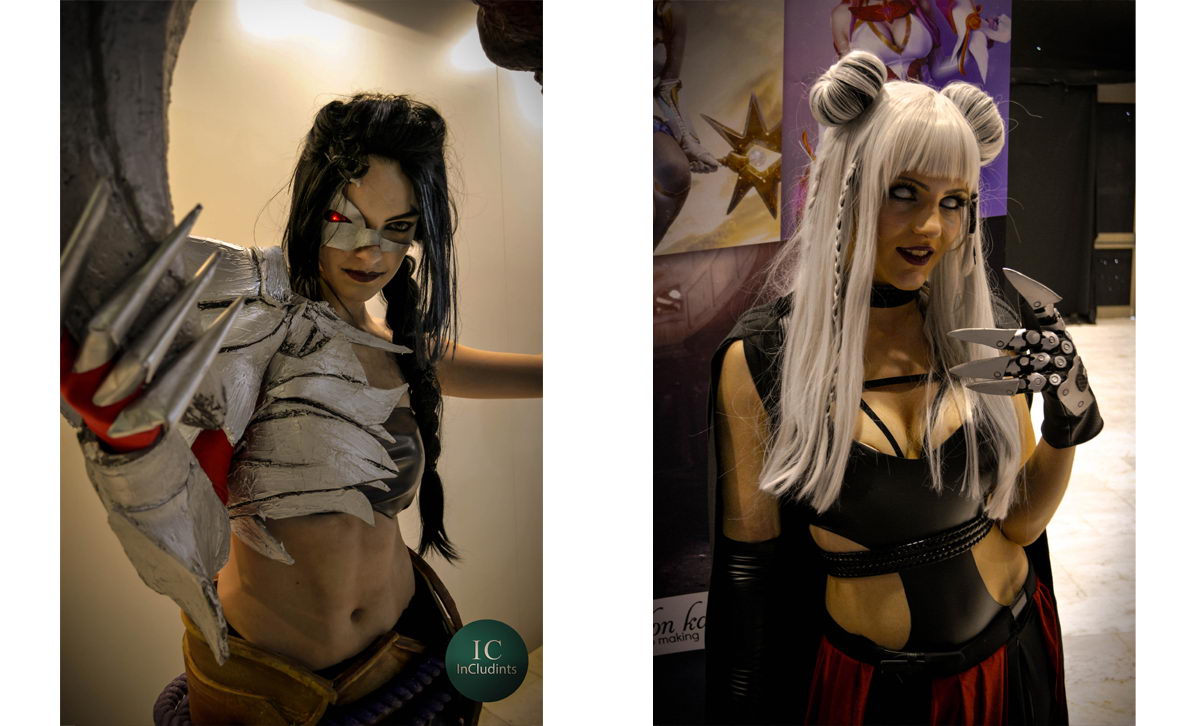 12) What is your opinion, in proportion to the size of Greece, in terms of the number and level of Greek Cosplays, as well as the level of events where they appear? What is the evolution that you have noticed over the years on that regard?

I’ve been in the scene since 2012 and can say that there has been an evolution. I’ve met people who entered the scene with timid and small steps, and after a while, seeing them makes me very happy, since they have evolved and move around the scene with great comfort and confidence. 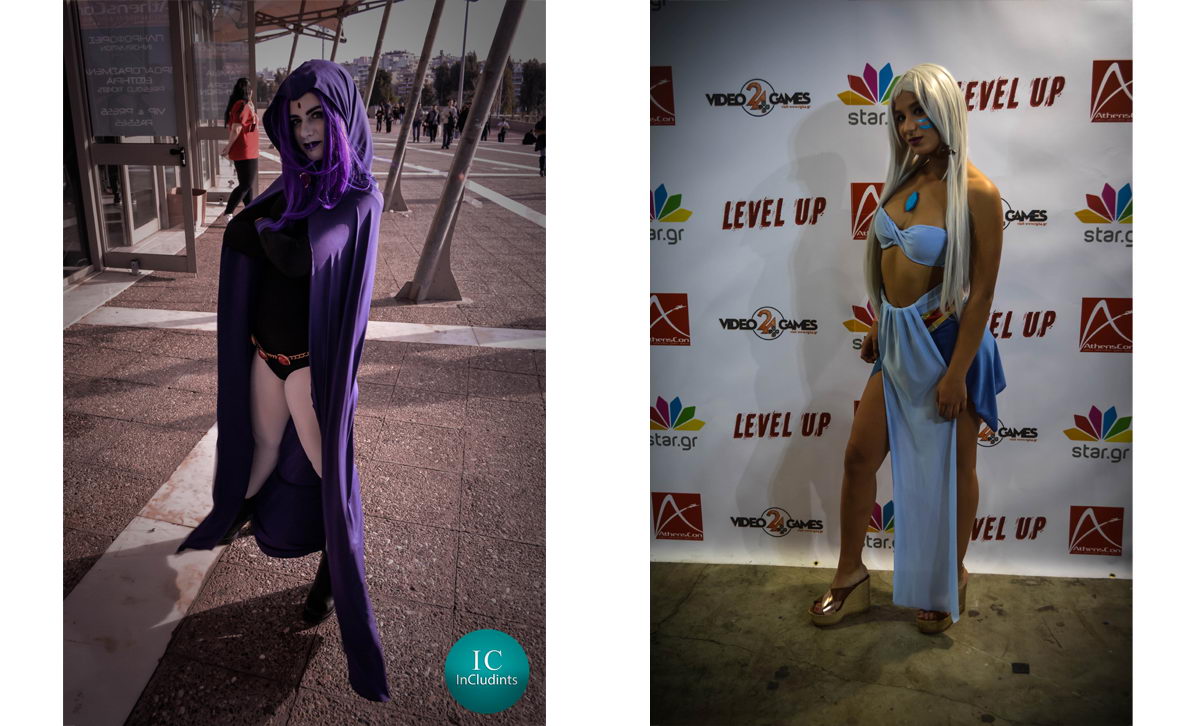 13) Do you think that the provided Cosplay activities during various events are satisfactory or is there something you would still like to see in them regarding Cosplay?

I’m satisfied with the present activities. What I want to see is a parade going through people and not just on stage, with all Cosplayers, if possible. 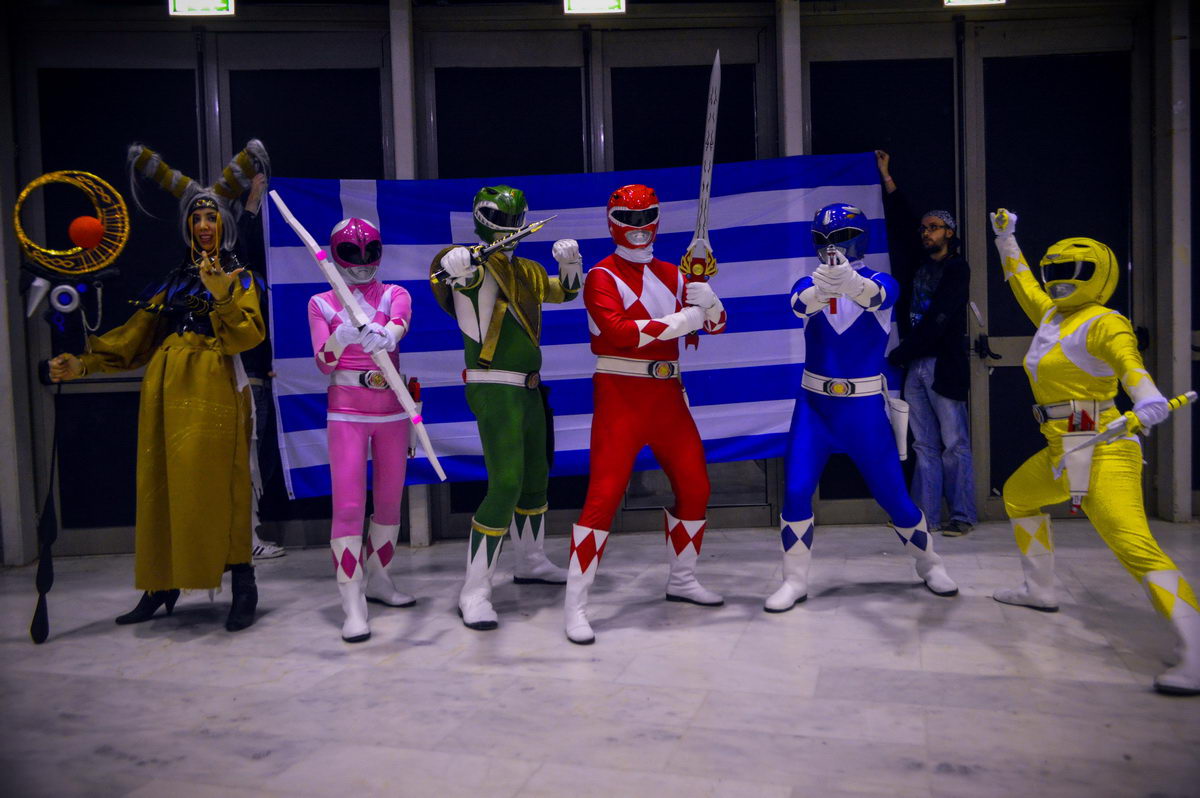 14) Is there anything else you would like to see happen in general in regarding Cosplay in Greece?

I haven’t thought about it. I believe that I’ve seen lots of things happen, from parades in Syntagma Square and Ermou street ( Athens, Greece ), from events in clubs and cafes, to big events and conventions in organized exhibition centers. 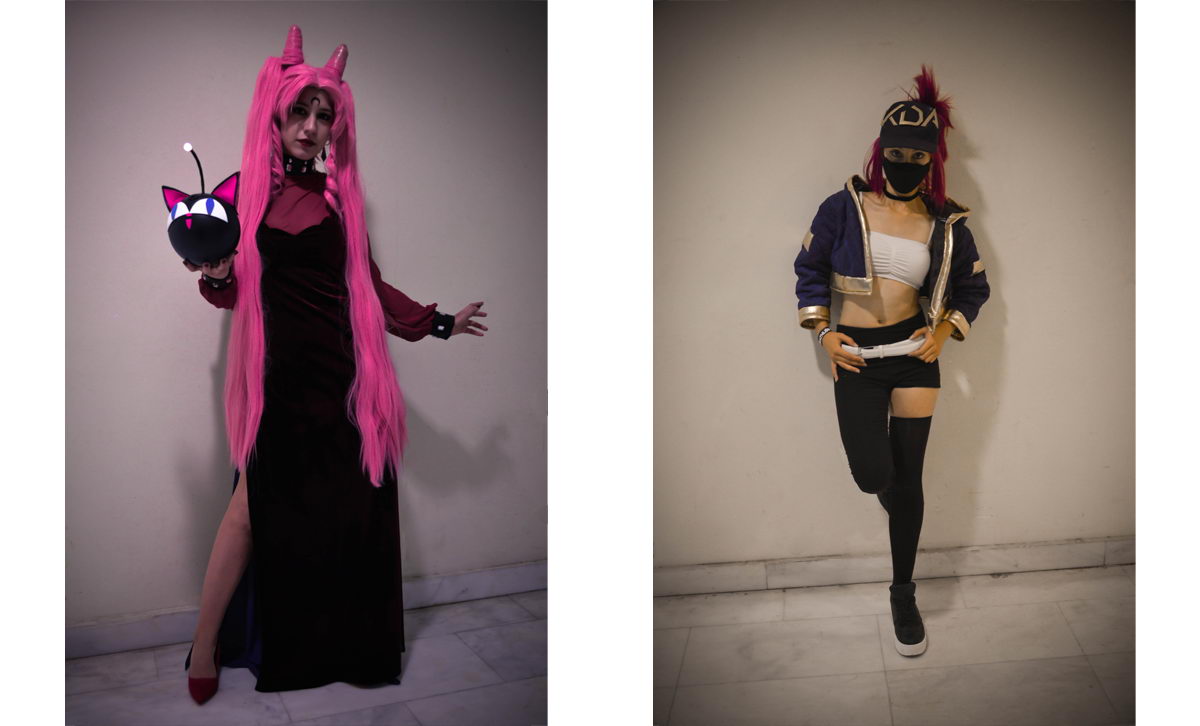 15) Is there an important or funny experience from your engagement with Cosplay that you’ll never forget?

I have many good and funny moments, so I find it difficult to choose. What stayed with me from all those events is seeing a lot of smiles and happy faces. 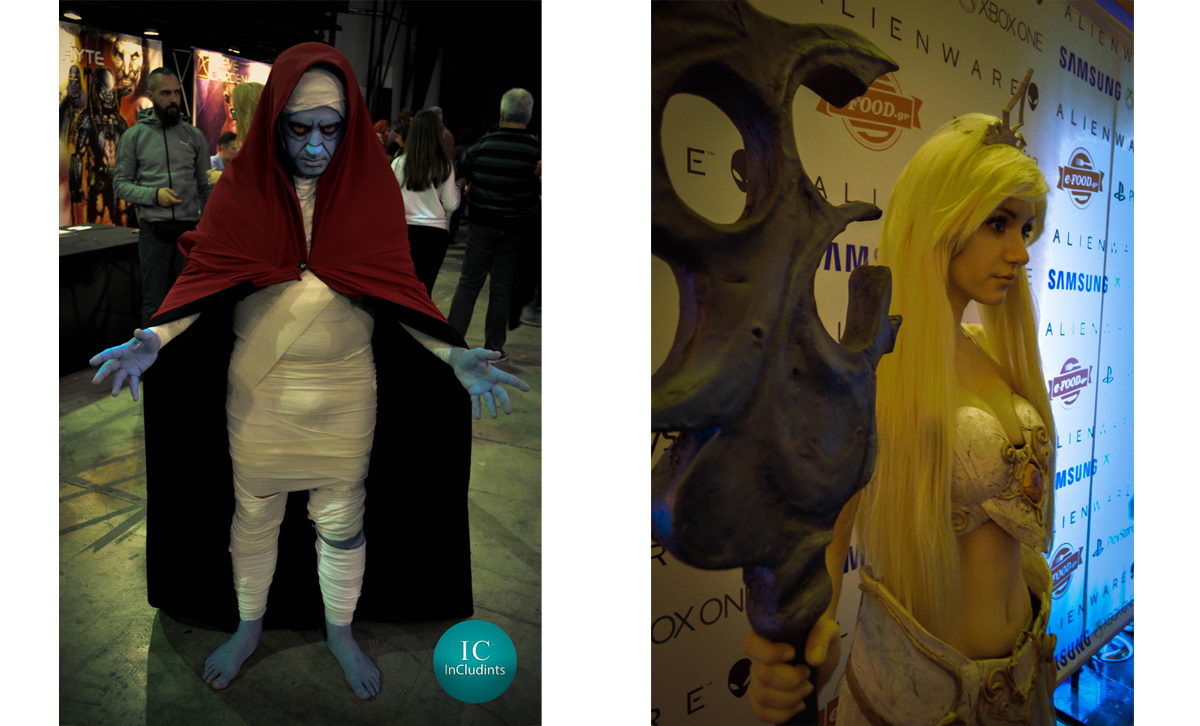 16) What is the first thing you would say to someone who wants to seriously get into Cosplays photography?

The things I usually say to new photographers entering the scene are:

1) To be themselves and not be ashamed

2) Ask Cosplayers if they want the photographer to keep the photo and if he can upload it somewhere ( this usually stops later, but it’s a good start to get to know each other ) 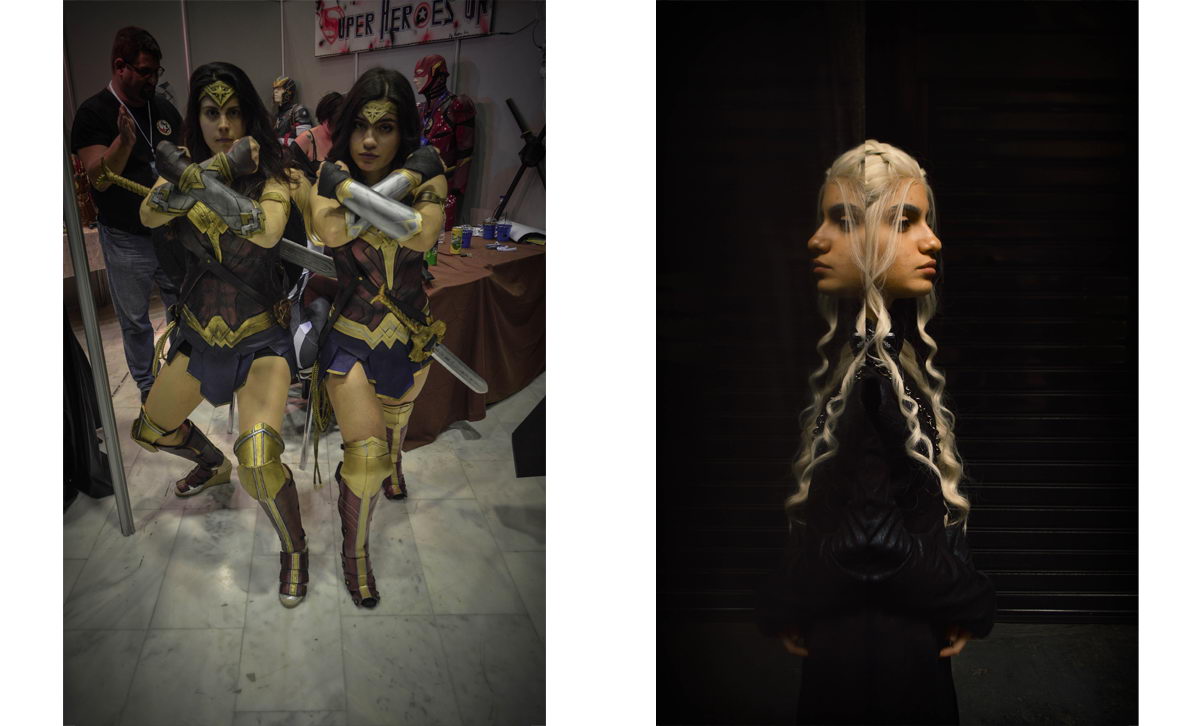 First, I would like to thank you for the interview. as well as those reading it. As for anyone wanting to get started with photography, Cosplay offers a wealth of images. It’s what they need to start their own portfolio or practice photography, and then editing. 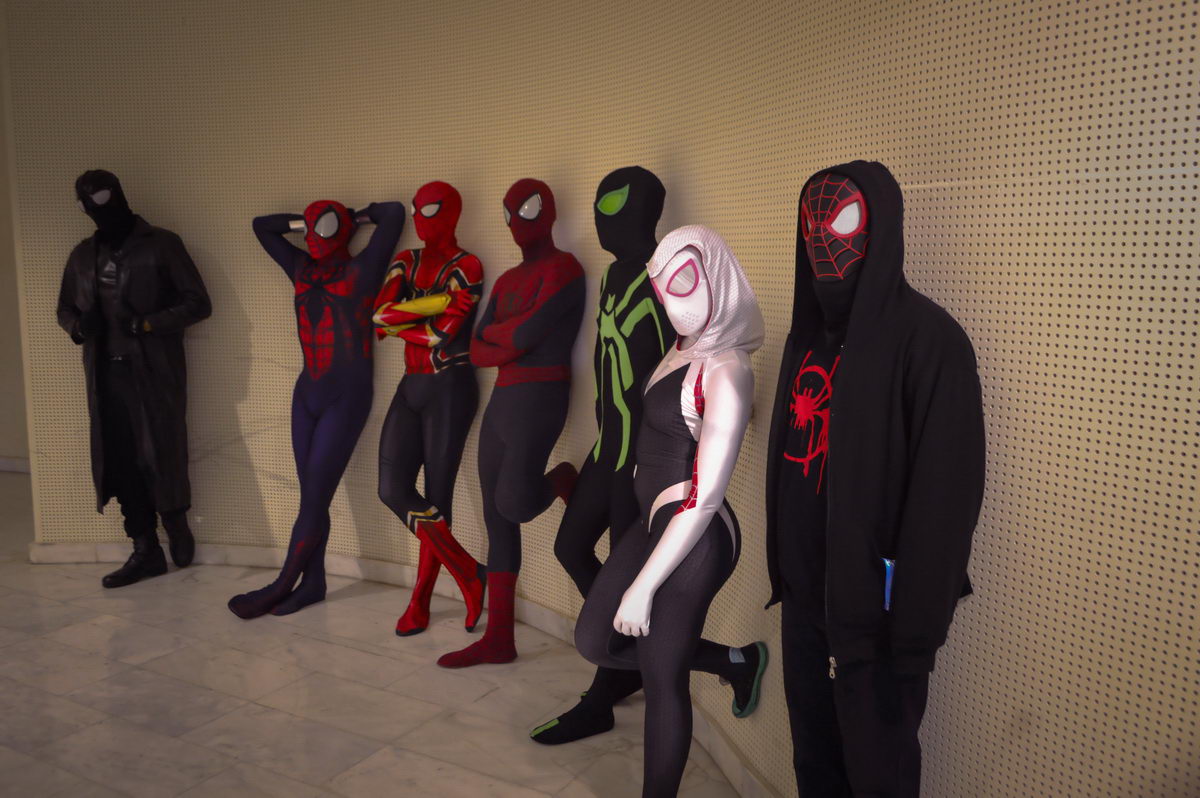 Spider-Man: Into the Spider-Verse Team