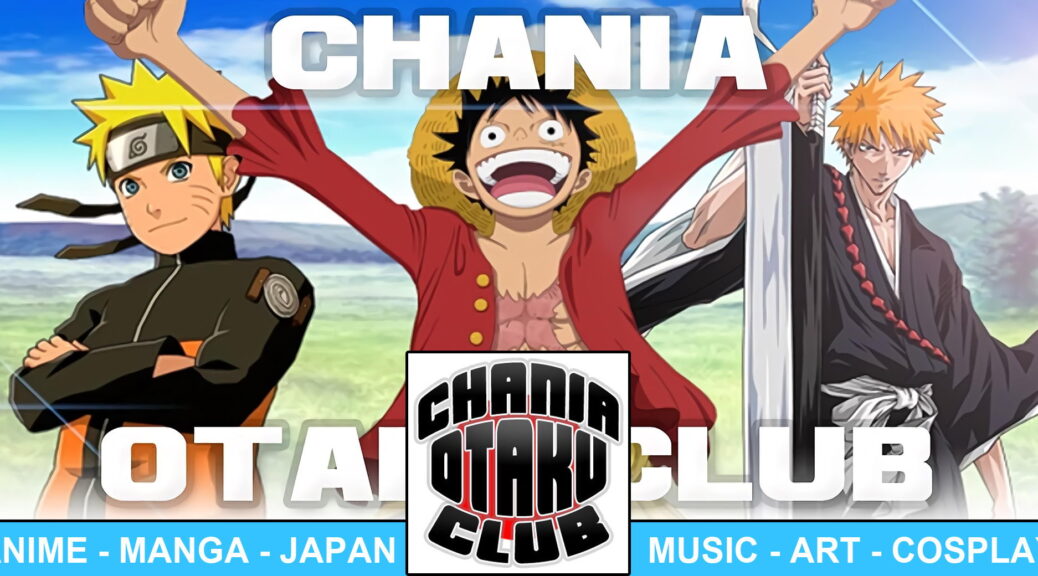 Cosplay Party at Chania in Crete, Greece? It’s true! Chania Otaku Club, the city’s anime / manga community, dared in 2014! We talk about everything!

OTAKU MORE THAN ANYTHING !

Enter Chania Otaku Club! The one and only anime / manga community of Chania, Crete, Greece! Heraklion may have always been the epicenter of Cosplay in Crete, with successive events by four different organizers, but that doesn’t mean that it was the only city that had anything to do with Cosplay!

Starting on May 7, 2012 as a Facebook Group, it exceeds 500 members in 2016! Τhe many dozens of regular meetings by the group’s members, from the beginning until today ( which are temporarily halted due to the pandemic ), are one of its key features! Among them some Japanese music nights, gaming nights, beach trips and four anime parties during the period 2014 – 2015, with the first, on August 12, 2014, which will be mentioned in detail, including Cosplay as one of its main themes as well!

Let’s talk about everything with Eftihis Balomenakis, coordinator of Chania Otaku Club! 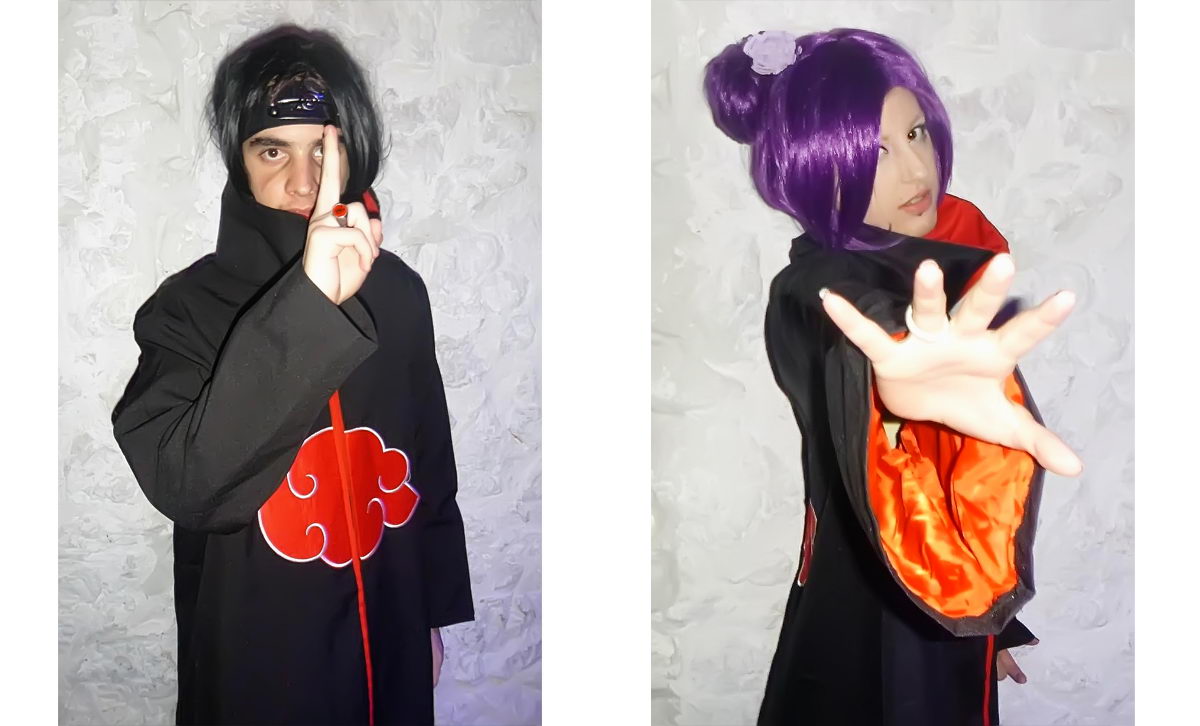 1) Tell us a few words about your group! What led to the event you hosted in Chania? Why did you choose Chania for this event? What type of event was it and what themes was it about? Were those themes based on the organizers’ personal interests, and if so, when did you start taking an interest in each of them?

Our team was created on Facebook by Thodoris Papadopoulos and his friends for the, back then, small community of Chania, Greece, which amounted only to 20 persons in 2012! It was somewhere around then when I joined the group, and began to be an active member at Chania Otaku Club. This resulted in me being given the position of an administrator after a while. The event emerged 2 years later. During those two years, the group showed significant growth, since the group’s meetings were taking place regularly ( once or twice a month ), while each time the attendance began with at least 10 people, while also managing to reach up to 45 people! Imagine that at the party we organized back then, we only had 55 visitors. It was the first event we organized, and we wanted everyone to be happy!

We based the party on lots of music and dancing, since going to a place that would play your favorite Japanese music back then was a “godsend gift” in itself! We also had AnimeHouse as a sponsor, which had sent us some gifts to distribute as part of our contests! There was a contest for the best Cosplay, one for the best illustration conducted through the social platform Facebook, while the rest of the prizes were distributed through lottery tickets given at the entrance. The aforementioned event’s themes arose from the obvious reason being our love for that specific culture ( Japanese music and dancing ). As for the illustration contest, we obviously noticed that there was a strong participation with illustrations at the Facebook Group, while as far as the Cosplay contest is concerned, we wanted people to have an incentive to participate at the party in their costumes or even with their props. 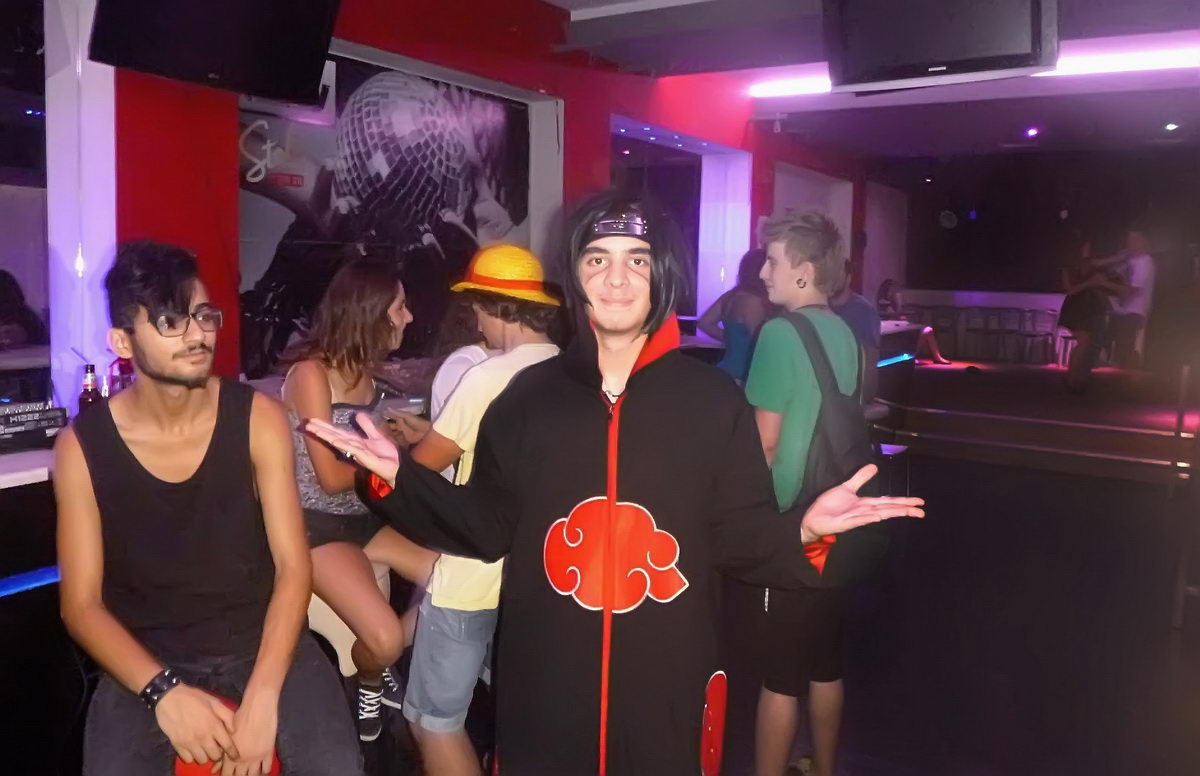 2) What was needed to set up the event? What was the preparation plan that you followed?

It was an important step for us as a group to host our first event and the most difficult part for us was finding a venue that would be able to tolerate us! Surprisingly, it seemed that it wasn’t so difficult to find a venue, but we were told off many times before settling in the chosen venue. As a complete preparation plan, it would be nice to be able to say that we had planned everything from start to finish, but unfortunately it was just chaos. We knew what we wanted to do ( contests, dancing, music etc. ), but we weren’t acting as collectively as we should have. After all this planning, all that was left was to put posters throughout the city, something that had some partial impact. 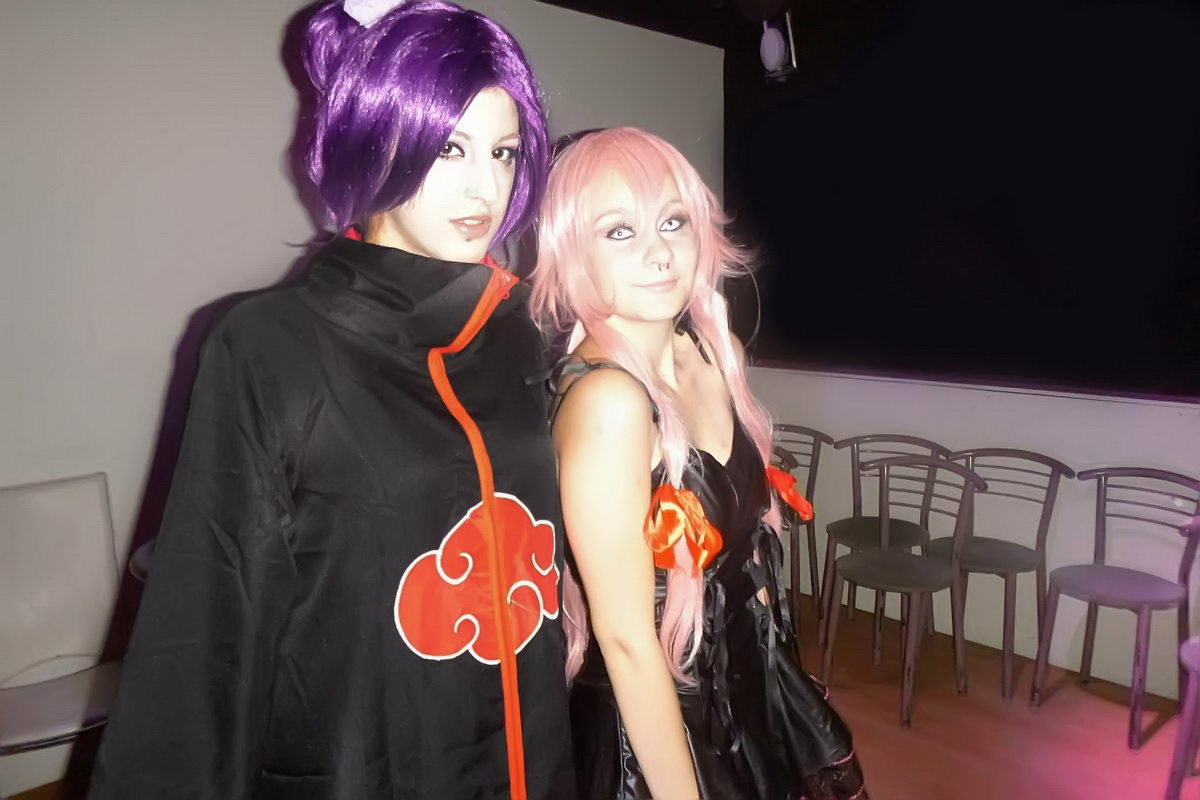 3) How did you feel during your event and how after its end? Describe this experience to us.

The whole experience throughout the event came in the form of ecstasy, since being the small child that I was, I was too excited due to hosting it! After the end of the event, there was a sense of completion, because a distant dream we had back then had come true, due to our own effort! Of course, it was an experience that taught us a lot and in the end I discovered that I always had a love for setting up events ( aiming to follow this sector through studies later, and at this point I’m getting to the conclusion that whenever you notice that you do something with love, you should know that you aren’t doing it in vain ).

4) Why did you decide to include Cosplay in the event’s themes? What more do you think did the presence of Cosplays provide to your event?

As I mentioned above, we considered that it was important to try to promote Cosplay as a theme, to motivate people at the group to come over in costumes and to manage to bring our favorite culture closer to Chania. 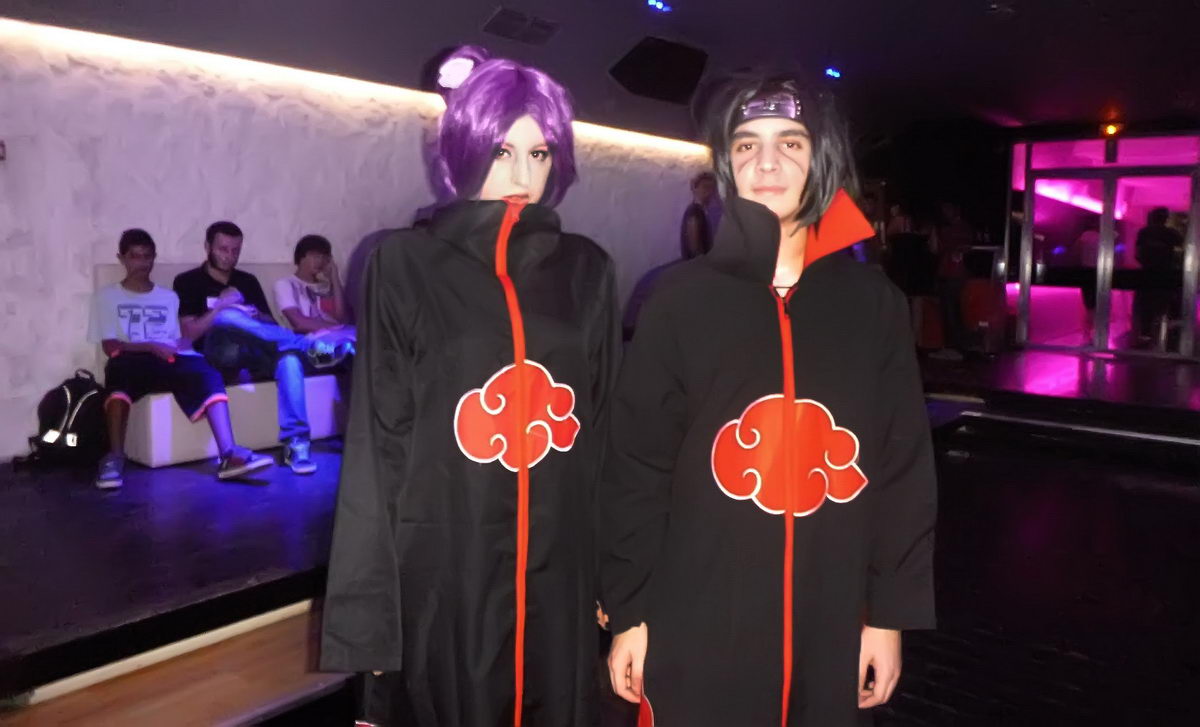 5) Was there any intention to continue in the future with new additional events? What made you not do it in the end and limit yourself to the Facebook Group’s members’ regular meetings?

The truth is there was another party during the following year, in 2015, which was more successful than the previous one in terms of quality. The attendance remained the same in any case! We didn’t have a Cosplay contest there, although we did have some people dressing up. We purchased gifts from Otakustore.gr which we distributed by way of a random lottery! This party, however, had only music, karaoke and dancing through Just Dance. During the following years, however, nothing else happened, because apart from the fact that it was difficult for us to find a venue to host a party, not all of us had the same passion anymore that we had in the beginning. 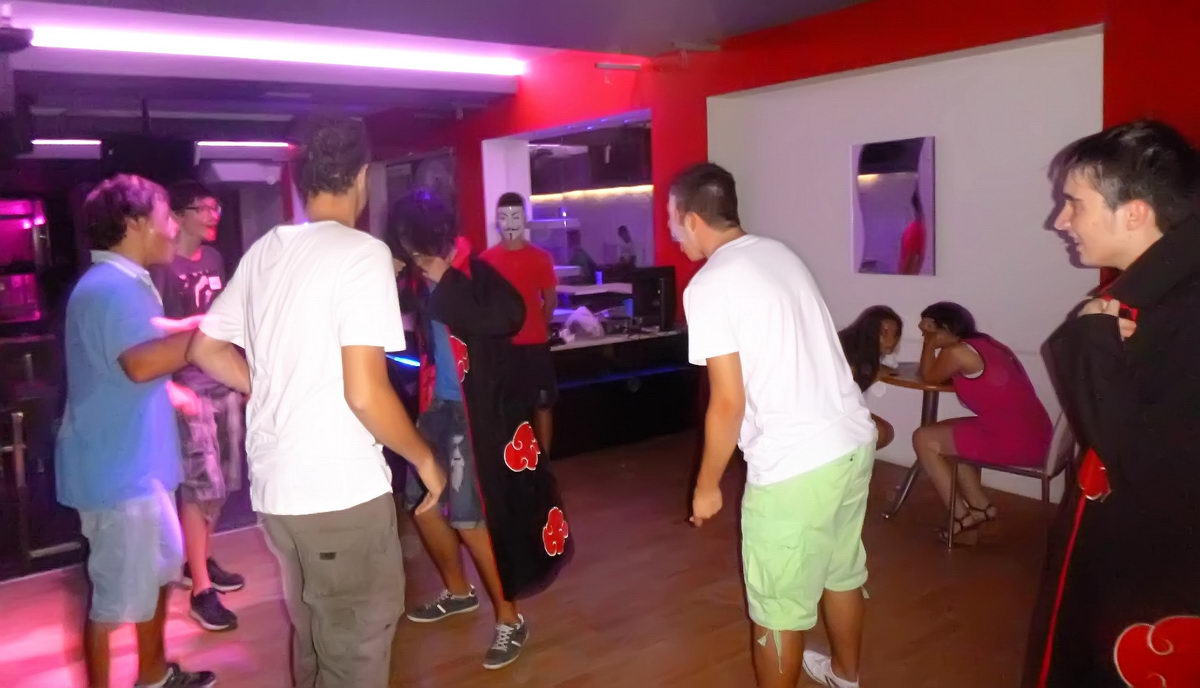 6) What’s your opinion, in proportion to Greece’s size, about the size and level of the audience of the scene back then, towards which your event was addressed? Comparing it to the present point of time, do you notice any quantitative and qualitative differences in this audience?

I will mention something very simple, regarding the difference between those periods. When we hosted our first event in 2014, we were still in the era where anyone watching Anime was considered weird. In 2021, not watching Anime is what’s considered weird now! Their number has clearly increased by a lot! Back in those years, however, the fact that we managed to gather 55 people in Chania, was a miracle. 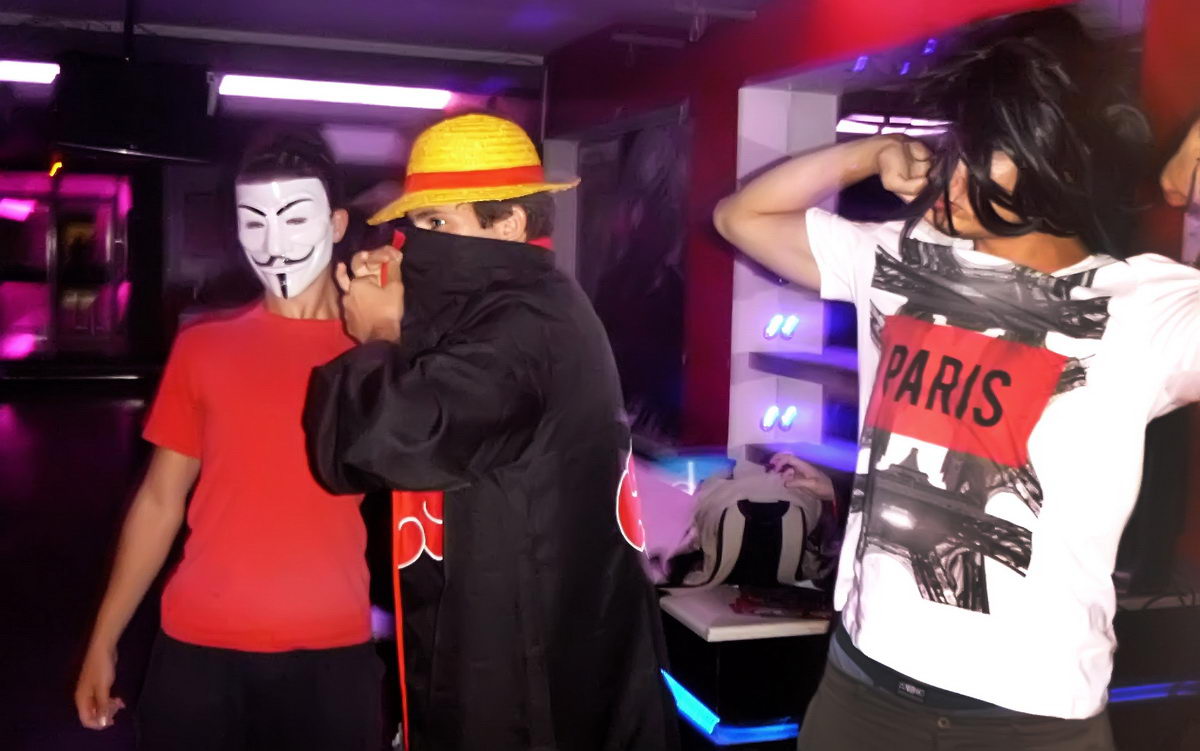 7) What’s your opinion, in proportion to Greece’s size, about the size and level of Greek Cosplays, based on what you know about it?

I don’t know if I can talk about it properly, since I’ve lost contact with the scene … but through your page, I notice that lots of people have gotten into the Greek world of Cosplay. However, more and more people are slowly starting to dress up for Halloween or carnival as Anime and Videogame characters, which is something I consider as Cosplays, and won’t bother with anyone who says that the carnival period isn’t suitable for Cosplay.

8) Is there any important or funny experience that happened during your event that you will never forget?

The truth is that the memories that come to mind are more kind of embarrassing – funny than purely funny, which is why I would not like to share any of them, but the thing I have to say is that even they were worth it, since we learned through them. 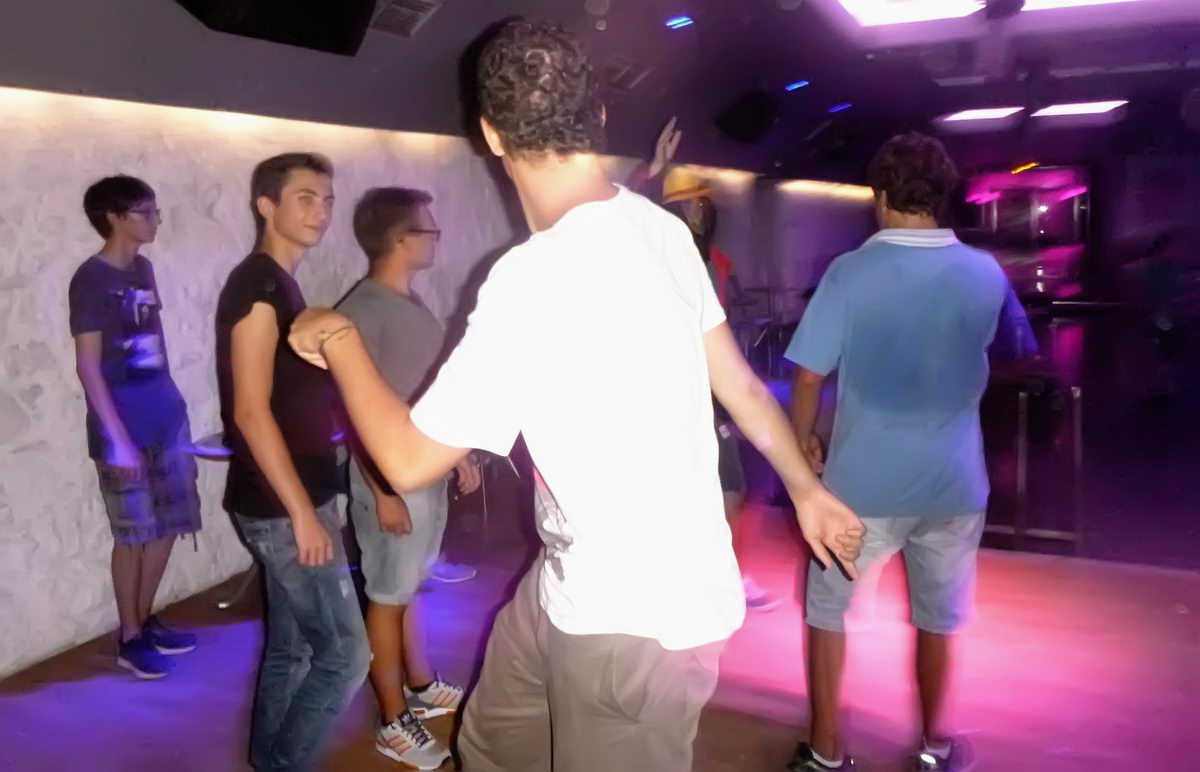 I just want to say that whatever you do, make sure you do it with passion! Especially when it’s something that expresses what you are. Share your “crazy” thoughts and ideas with people and see how you can make them work. However, don’t let anyone’s toxic comments get you down, and aim towards what you personally consider as ideal. Dare, even if you might fail miserably, since the point is to learn from your mistakes what you will learn, from your victories and vice versa! 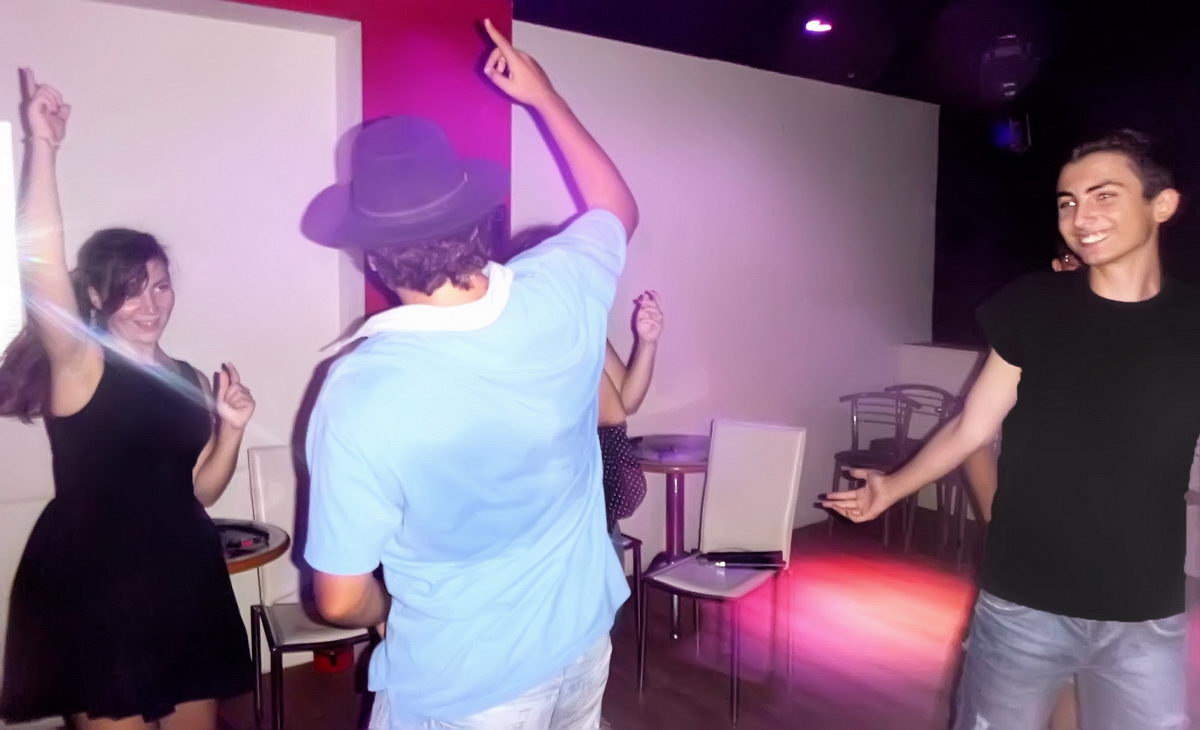 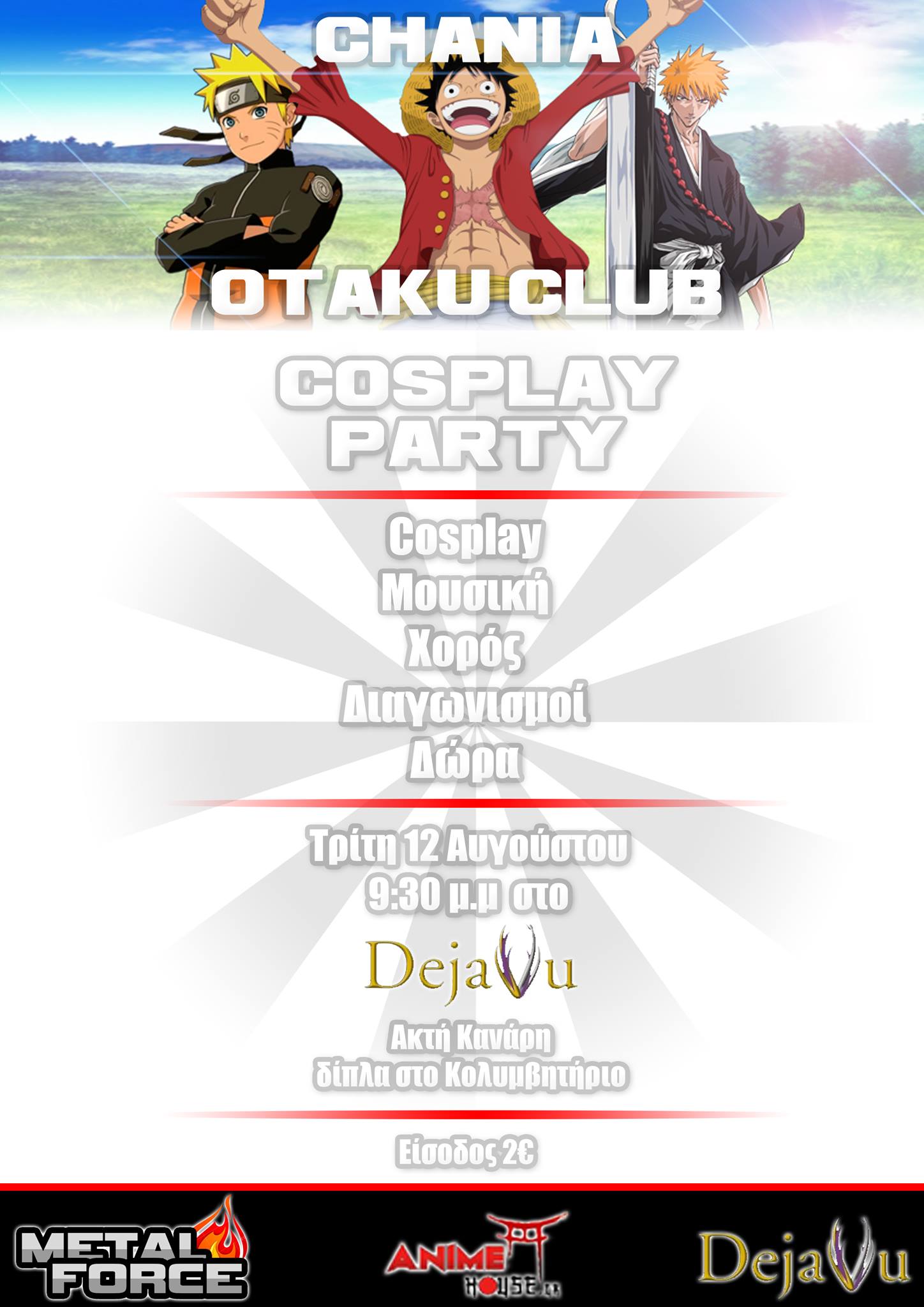