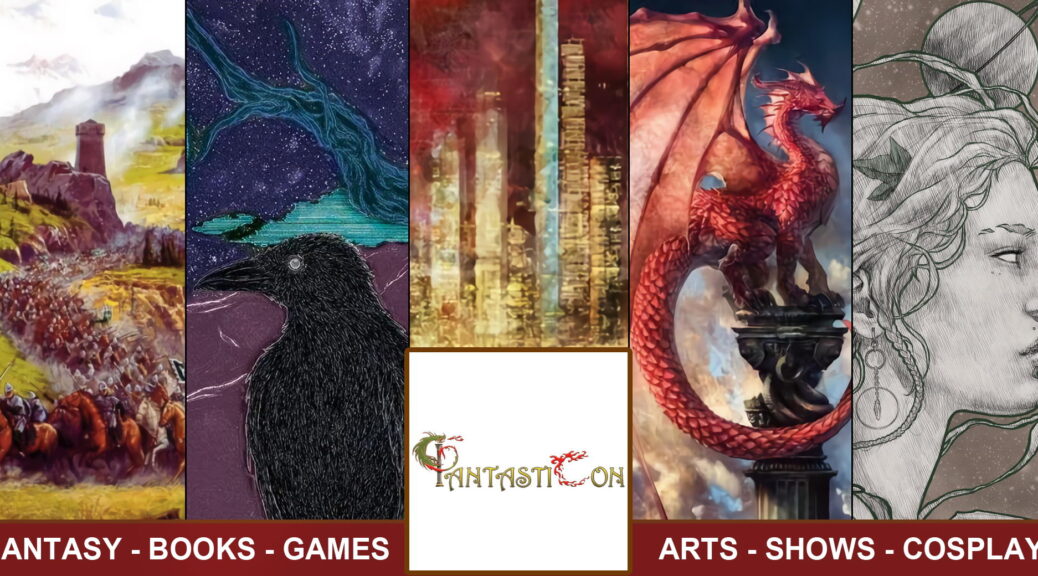 Back to the past, to a world of Fantasy in the center of Athens, Greece, that enchanted all crowds for five consecutive years! FantastiCon! We talk to visitors of the event and remember!

THE MAGIC OF FANTASY !

Fantasy in Athens, Greece had its own name! FantastiCon! Every October, starting from October 3, 2015 and continuing until 2019, it put over 4000 unique visitors into a world full of Fantasy for two days, at the Hellenic American Union!

Literature, comics, board games, videogames, galleries, artists, exhibitors, collectibles and much more were present! Among them, our favorite Cosplay, reaching 124 Cosplays ( besides many dozens of extra fantasy themed costumes ) in its last event, FantastiCon 2019!

Multiple presentations, seminars, panels, concerts, screenings, performances, workshops, dance and much more provided a complete program for all visitors, covering all tastes! Among them, the big Cosplay Contest! Cosplayers//GR was present at every event for their complete coverage!

Let’s talk to some visitors and exhibitors of FantastiCon, reminiscing about the past!

MEMORIES OF AN AGE OF FANTASY !

I remember getting ready every October for FantastiCon, the big celebration of Fantasy in Athens and my good mood came much earlier! I was looking forward to load my merchandise, travel, set up my stand as properly as I could for the thousands of visitors. And then the doors opened and people who loved the same things as me filled the venue of the Hellenic American Union. I was meeting dozens of super talented fellow creators there, I was finding new and old books that I was looking for, I was attending presentations of new titles and panels and thousands of more things! FantastiCon’s two days were always something full of substance for me, with the Man who still dares to dream and love being the main protagonist and the example to imitate!

It left only a positive impression on me during my first visit. The venue was easily accessible and the date convenient. The panels were very interesting and numerous in number. As a Cosplayer, I dressed up as Geralt of Rivia and had the opportunity to meet other Cosplayers, take photos and see and buy things I liked from exhibitors! You could easily walk around and check whatever interested you. I was able to visit it fro one day, but I had a good time. I especially liked the talk about heraldry and the art exhibition about Middle Earth! I found many things to do and have a good time. I came home with good memories!

Fantasticon offered me magical moments, first as a guest and then as an exhibitor. The event managed to create a beautiful atmosphere full of elements from the world of fantasy, which I especially love. It was a two-day escape from everyday life’s routine and I always left the venue with a big smile and good memories.

I will always remember Fantasticon for how much its members and organizers loved what they did and who tried to be as formal and fair as possible. Especially in terms of events and contests there was a professionalism that, I want to say, have never seen in any other event. In my humble opinion it was the best thing related to fantasy with people who felt what we feel for fantasy.

When a Convention of this type was announced in Athens, I was very excited and happy at the same time that I had the opportunity and the honor to fully cover it on behalf of our team, Cosplayers//GR. Its implementation was very good and I saw many “fantastic” things there. Thanks to the continuous coverage of the event, I also made new acquaintances, which counts as something positive in my opinion. I was very sad about the event’s halt of activities, but I guess all good things come to an end. I’ll keep all these fantastic memories in my mind and I’ll forever admire the wonderful work of all participants, through the photos and videos we took with Panagiotis.

FantastiCon was a breath of fresh air for Fantasy lovers. It was a remarkable event with special presentations and creations. I was always very excited and happy whenever I could attend this event and share my love for fantasy with other people. I felt that I had a lot in common with people I didn’t know and that made me very happy, because it’s difficult to meet people who love fantasy to the point that “they can not live” without it.

FantastiCon gave fantasy to life, and life to fantasy. It united people who love the same art under the same roof during those fantastic two days, which worthily represented its name. We liked that we could share our passion and arts with the public, the opportunity it gave us to also see the passion and arts of the rest of the public. It wasn’t just an event, it was the union of the community and a model of how things can be done right and properly for all those who love fantasy.

FantastiCon was one of the main festivals I attended for me, along with AthensCon and Comicdom Con Athens. It had a special place in my heart since it emphasized the elements of fantasy very strongly. I was feeling much more comfortable wearing cosplays from the world of fantasy and literature in general and I really enjoyed the presentations taking place and the music playing live. One of my favorite things were tha stands full of books, which always seemed to me more than the books at any other festival, and I have a slight weakness for books.

“Journey into the world of fantasy for 48 hours”. The themes, presentations and cosplayers enchanted us every year at FantastiCon.

It was an event with a special character, with its medieval bazaar and fantasy contests, giving artists ( illustrators, writers, cosplayers ) an opportunity to express themselves more freely.

Every year FantastiCon was the epitome of Fantasy I could say, gathering all fans of the scene in one place. As a theme, Greece may not have a size of audience compared to that of events of other themes, but it covered that with its passion and love for the genre, as the most “lively” and “magical” festival, I believe. Having been present to most of its events along with Dimitris, as Cosplayers//GR to cover everything, Cosplayers and content, I consider that it worthily represented Fantasy with respect towards the audience it was addressing. 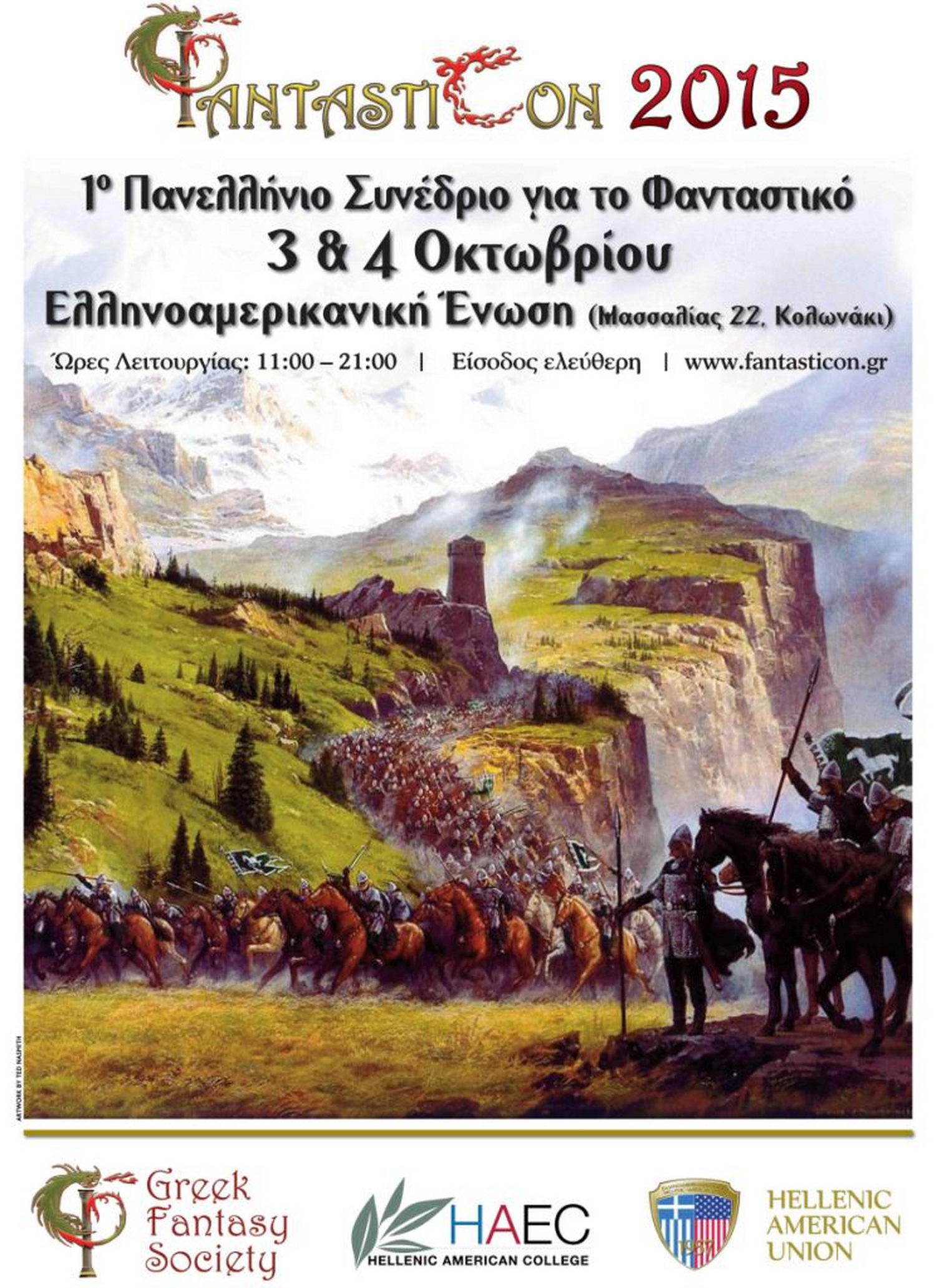 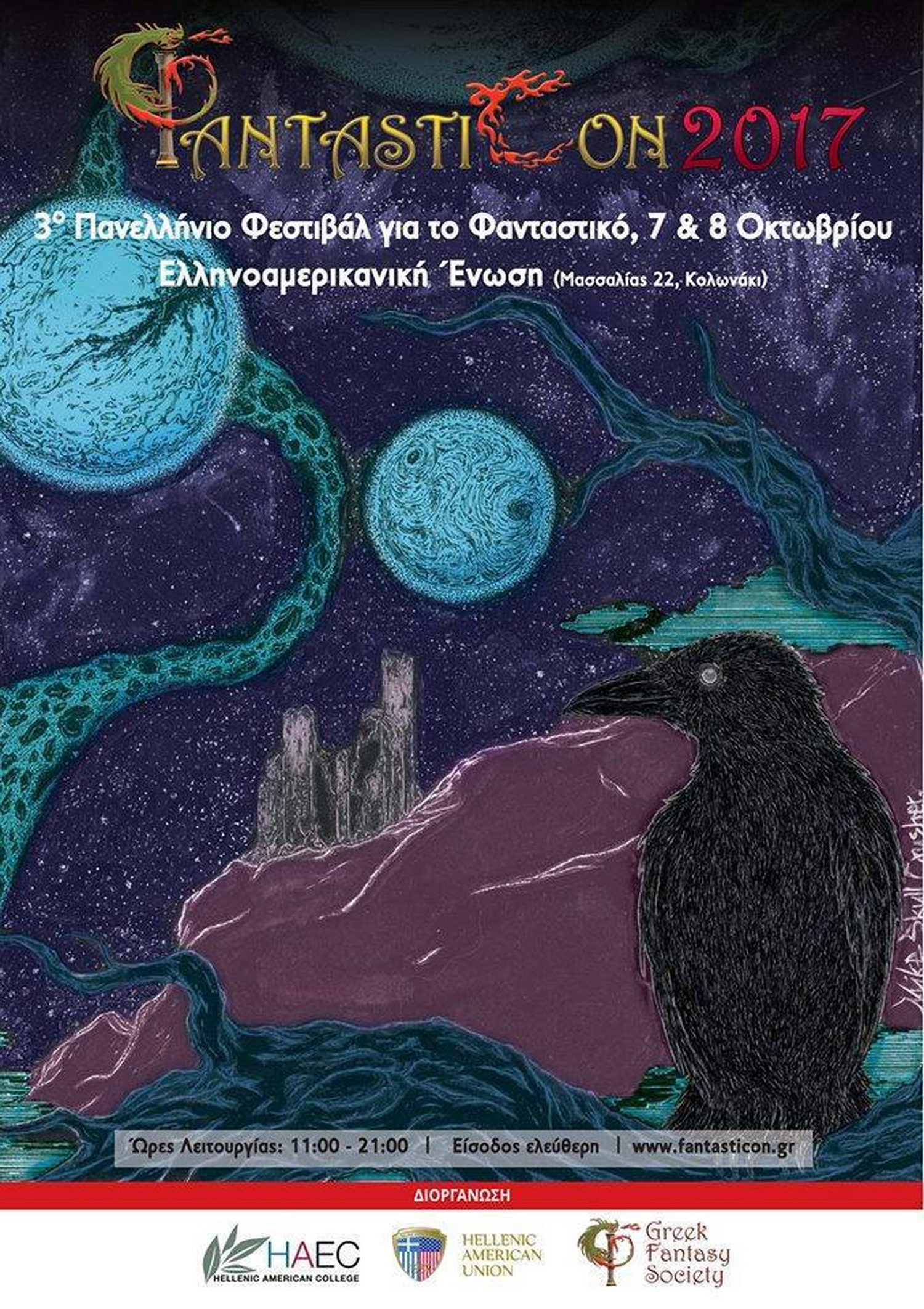 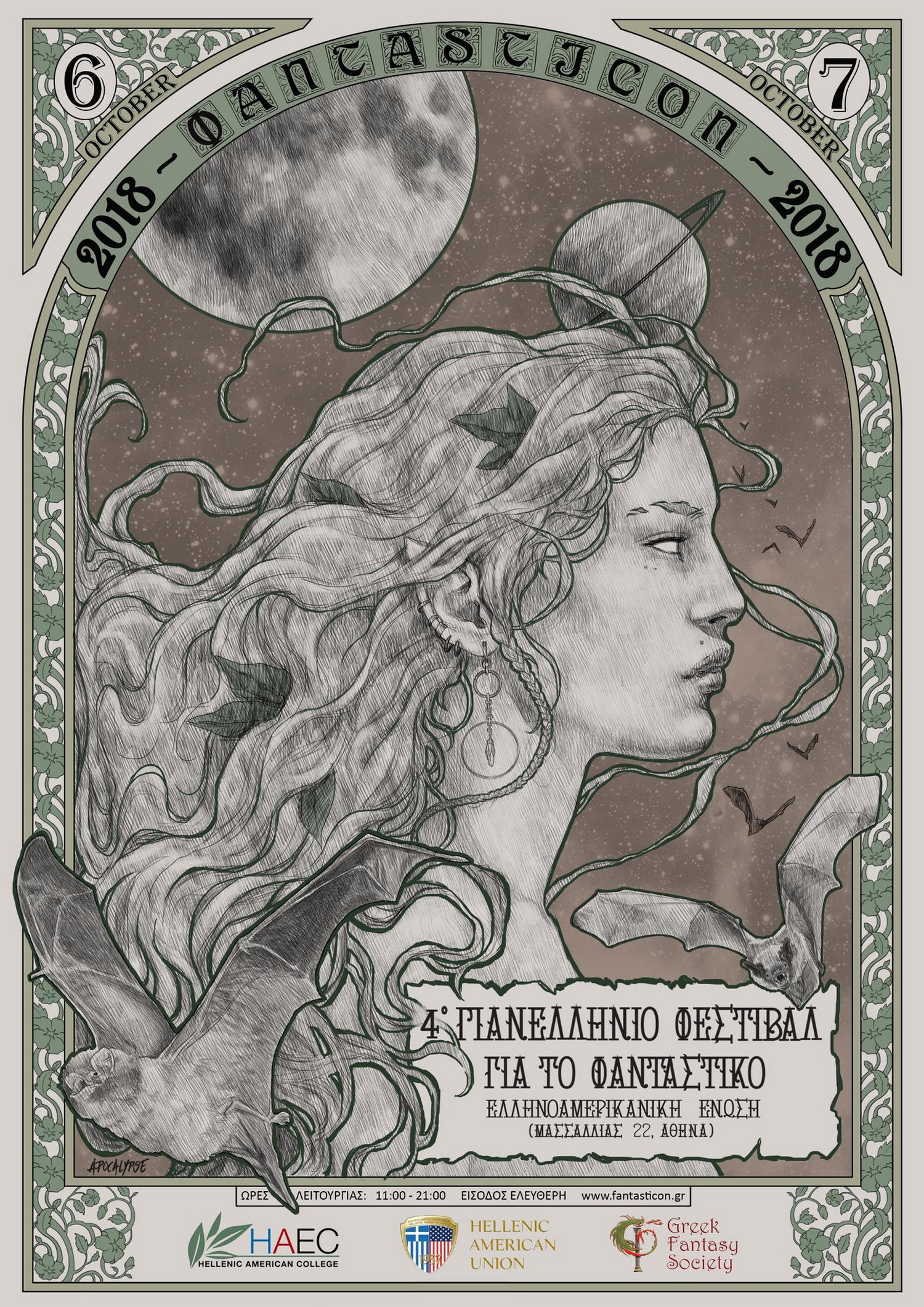 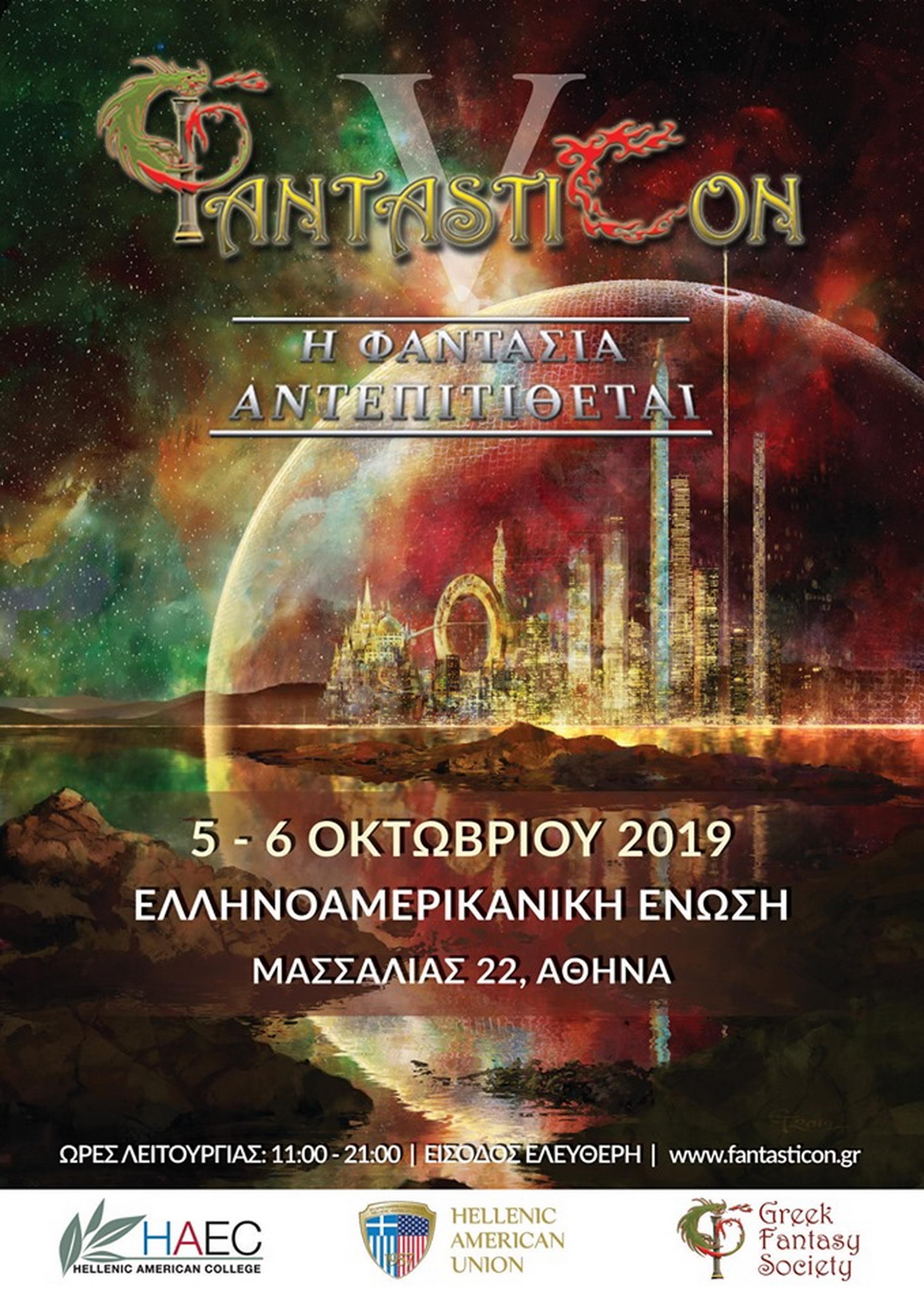