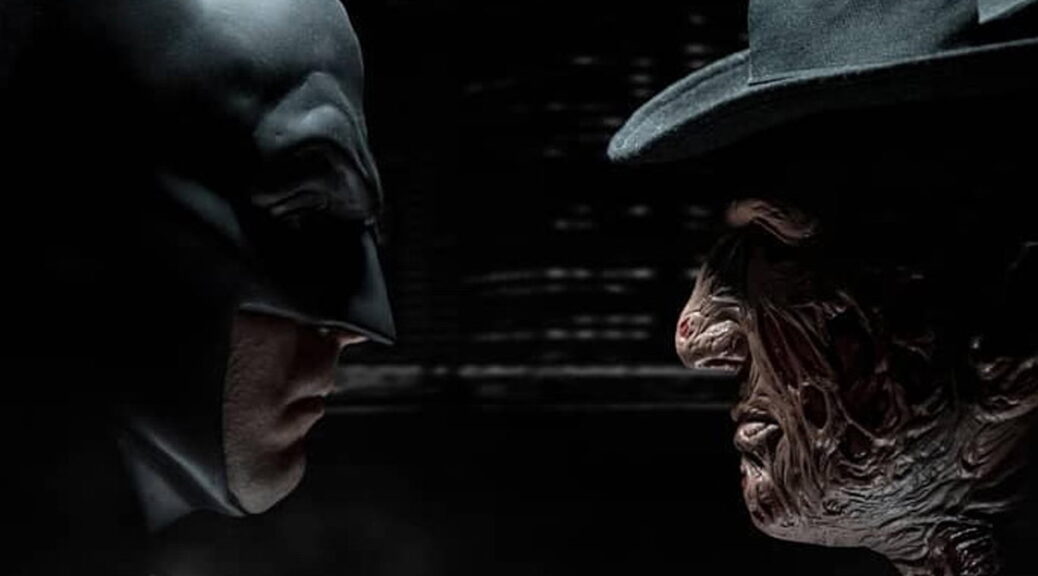 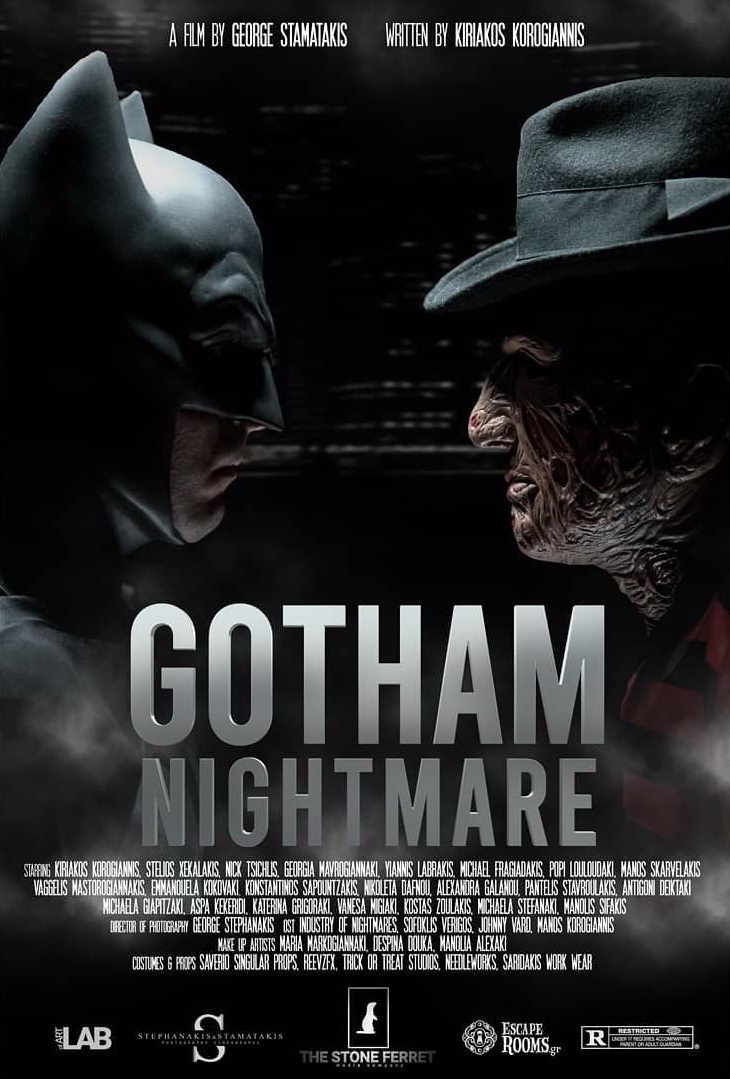 The production of themed fan films in Greece isn’t something common, despite more than 15 years of Greek Cosplay history and the great impact of superhero and science fiction movies in Greece.
One of the rare exceptions is the new fan film Gotham Nightmare by The Stone Ferret Media Company, directed by George Stamatakis and written by Kyriakos Korogiannis!
Shot in Crete, Greece in 2020-2021, during the lockdown period due to the Covid-19 pandemic, DC‘s Batman ( also played by Kyriakos Korogiannis ) confronts Freddy Krueger from the A Nightmare on Elm Street movie series!
We meet many other familiar faces during the film, with the most famous ones being Jason Voorhees, Harley Quinn, Poison Ivy, Bane and Two Face ( also played by George Stamatakis )! Watch it!
Gotham Nightmare ( 2021 )