NEWS
Athens Art Festival! The new big Art Festival in Athens, Greece invites all Artists to participate!Your Daily Cosplay Meme | Last Update: (03/08)[Updated] Conventions in Greece only for the vaccinated !? Comicdom Con Athens 2021 & the return of eGaming at TIF Photoshop Tutorial: Playing with fire – Before & After ( video )Photoshoot: Asuka Langley from Neon Genesis EvangelionLockdown in Mykonos, Greece? Time for Batman to get things sorted! Watch “Alpha Pantou” show’s video!Photoshop Tutorial: Foreshadowing during a photoshoot with Mei from Overwatch – Before & After ( video )Gotham Nightmare! Check out the new Greek fan film! Batman versus Freddy Krueger!Photoshop Tutorial: Photo & Movie Poster Blending with Anduin Lothar from World of Warcraft – Before & AStar Wars Movie Festival 2021 happening this month! 12 days with 11 Star Wars movies & After Party in Athens, GreecVintage Toys 2022, the big Retro Convention in Athens, Greece, returns on April 8-10, 2022!Fantasy Festival 2021 returns in digital form for its 2nd year on October 3rd!Make Up Tutorial: Draven from League of LegendsPhotoshop Tutorial: Kindred’s Photo Blending on a Mirror – Before & After ( video )Make Up Tutorial: Smurfette from The Smurfs 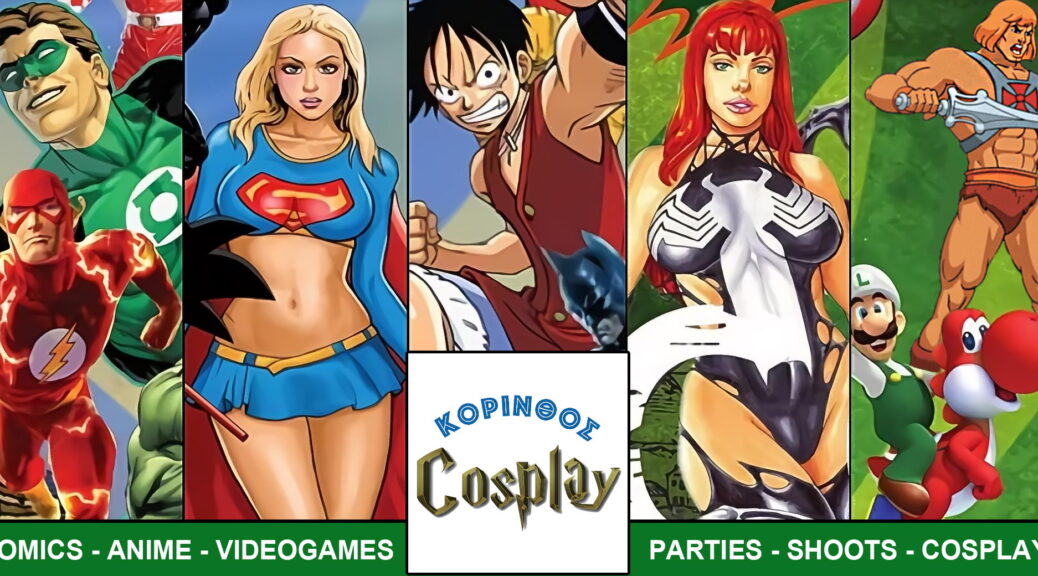 The one and only Cosplay event organizer of Korinthos talks to us about its events in the city, its activities at events in Athens and much more!

ONE TEAM, TWO CITIES, MANY ACTIVITIES !

Korinthos Cosplay! Korinthos in Greece has its own Cosplay event organizer! From 2015 until today, it organizes its own events in Korinthos, but is also active in Athens, being in charge of Cosplay activities in collaborating events!

From April 1, 2016 until today, it undertakes the execution of Cosplay activities within collaborating events in Athens as well! The Nostalgic Effect Party, Hobby Fair Play and Vintage Toys 2016, 2018 & 2019, with even more events to come in the future! Those activities include a Cosplay Contest and the audience giveaways, also present at the team’s events in Korinthos respectively!

It also attended the first Cretan Comic Con in Heraklion, Crete, taking on the role of a member of the Cosplay Contest’s jury!

Let’s talk with Lazaros Koriatopoulos, founder of Korinthos Cosplay, about everything!

Korinthos Cosplay was founded in 2015. We are the first Cosplay community in Korinthos and throughout the prefecture of Korinthos in general. But at the same time we the second ones to appear in the Peloponnese province. The first Cosplay community in the Peloponnese province goes to Kalamata, which organized a Cosplay event there, a few years earlier, in 2011 ( by Kuroi Hana ). The reason we’ve chosen Korinthos was and is the following. Since Cosplay events were taking place  all over the country, why not try organizing such an event in our city too, something that would be completely new for the city’s residents which they had never seen before? And so it happened. People came, they liked it a lot, they enjoyed it. And of course we met Korinthos’ Cosplayers who made their appearance. But not only Korinthos’ Cosplayers were present, but also Cosplayers from Athens and Volos. The 1st Cosplay Korinthos took place in 2015 and the 2nd Cosplay Korinthos in 2016. All the events we organized or participated at in Korinthos, Athens and Crete, are related to Cosplay. Cosplay events with a general theme, but also with specific themes. 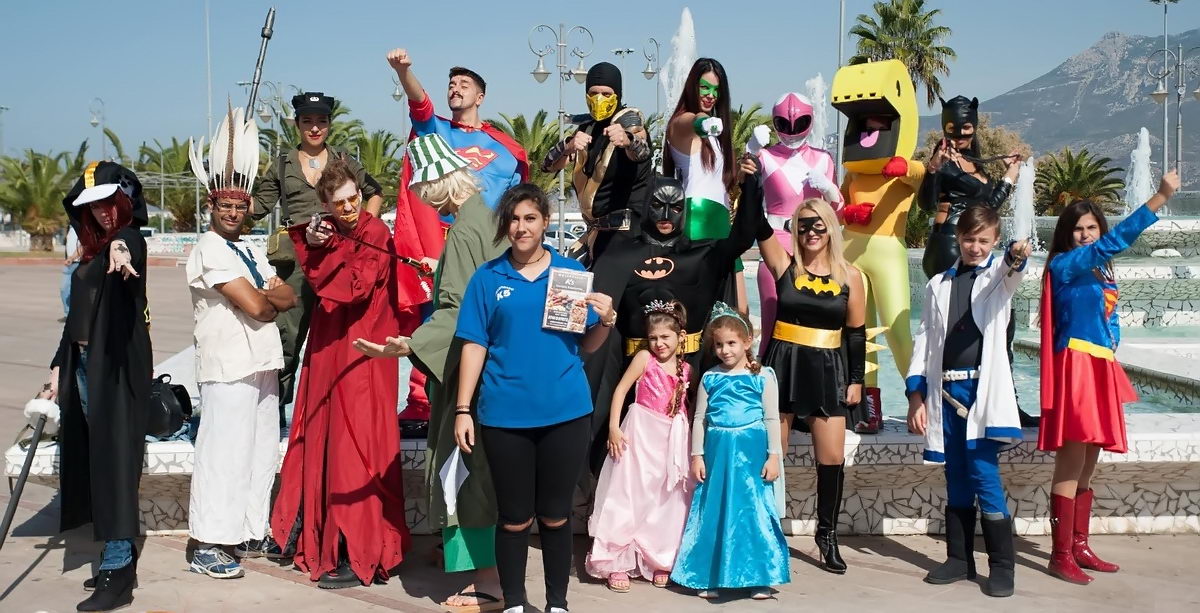 2) How much effort, time and money does it usually take to set up an event? What is the usual preparation plan that you follow?

Lots of effort, time and money daily. Having to invest all your day’s free time to go out on the spot to find sponsors as soon as you finish from work. You’ll definitely have to spend money out of your pocket, because you may have miscalculated something and at that moment you won’t be able to do otherwise. As for the preparation plan, we find the venue, then we look for sponsors and then we set a date for the event.

4) What was the most difficult event you organized until now? What defines it as such?

I don’t remember any of the events being difficult to organize, to tell you the truth. Of course, all events had and still have their own different, but pleasant, fatigue that results from organizing them. 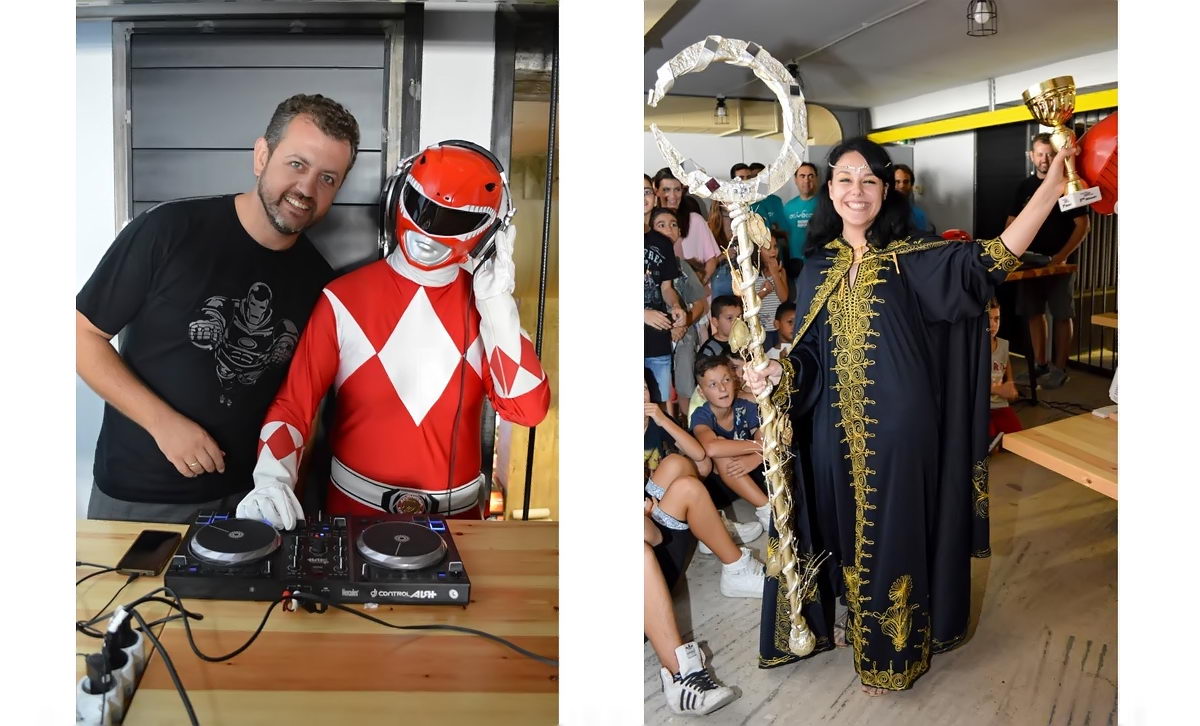 5) Are you satisfied with the people’s response to your events all those years, as well as with the number of Cosplays attending?

Yes and no. There have been some events where people’s response was reduced, but the response from Cosplayers even more so. I know, no one is required to attend any event. But there’s no excuse after the end of each event for any Cosplayer to say that he didn’t attend, because there was an entrance fee. While in fact it was announced everywhere that the entry for Cosplayers would be free. That’s pure nonsense and twaddle.

General Footage and Interviews of Cosplay Korinthos 2016 – Video by eKorinthos.gr

Personally, I think all Greeks should know at least what a Cosplay event and Cosplay in general are, even if they don’t know exactly what they mean. There are still a lot of people who don’t have the slightest idea about Cosplay. Cosplay was late arriving in Greece, in 2006, when it appeared in our country. 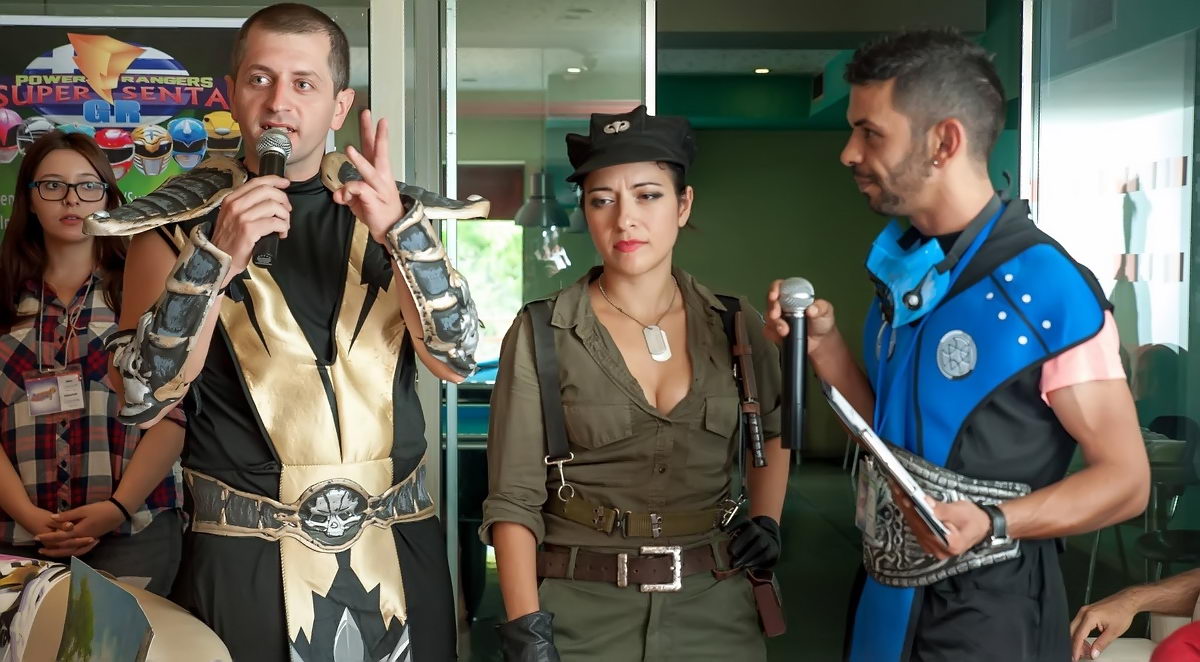 7) Why did you decide to include Cosplay among your events’ themes from the beginning? What more do you think the presence of Cosplay provides to your events?

Because it’s something creative, something new for everyone. A new experience. And for some a new engagement, a new hobby.

8) What can one find related to Cosplay at your events? Do you think they are sufficient or is there something more that you would like to provide at your events regarding Cosplay?

The Cosplay events and activities provided at all of our events are Cosplay photoshoots, the Cosplay contests with a prize, and at some events with a cash prize, as well as the Cosplay parade. We don’t consider them sufficient, however. There are still things that will happen in due course in the future, once everything is right. 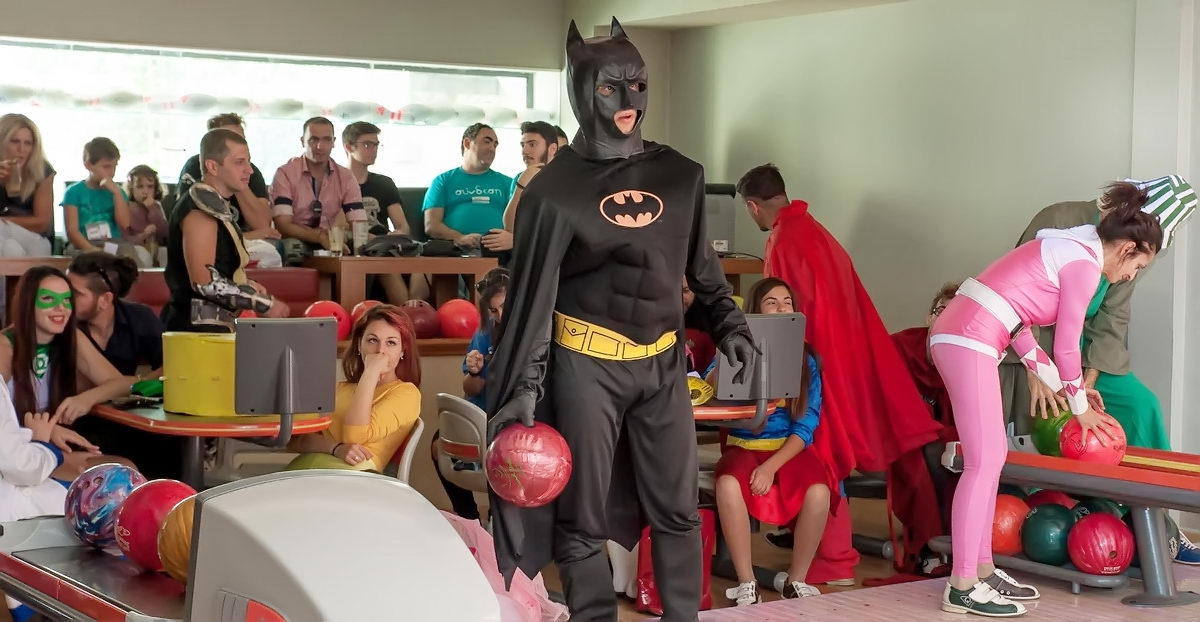 9) What led to the halt of the team’s activities in Korinthos after your last event in the city in 2016?

The halt of activities in Korinthos was purely a matter of health, a little serious one. But thank God, everything went well in the end. 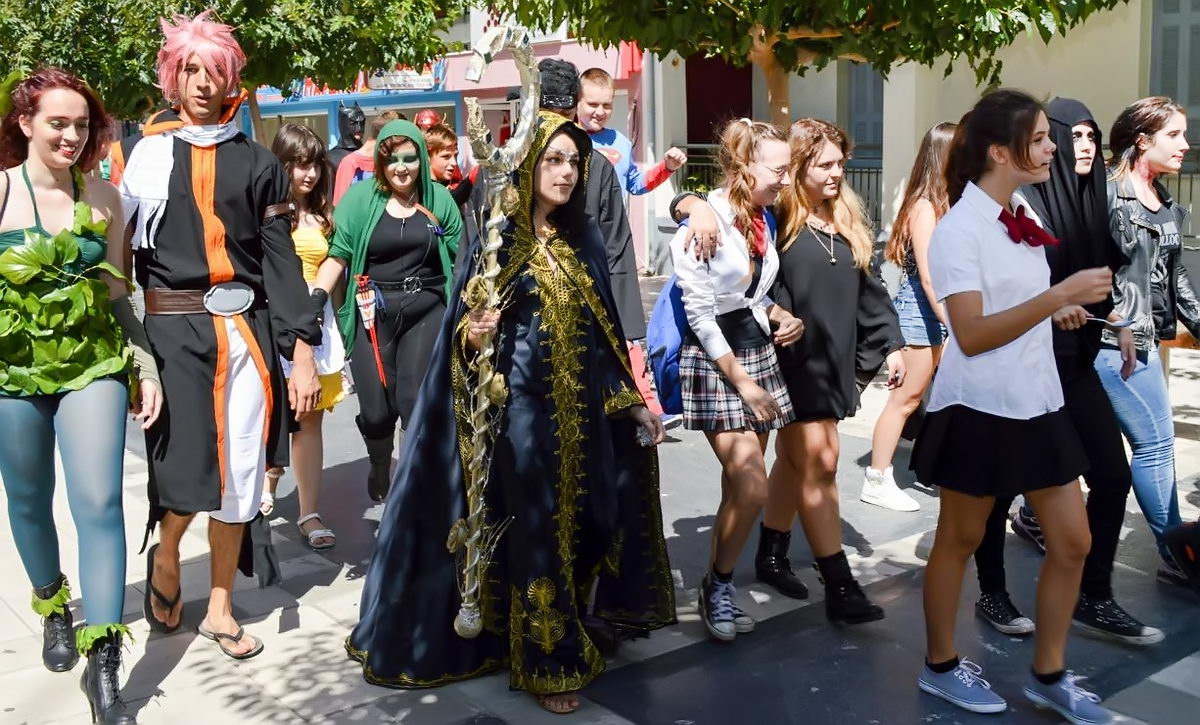 10) You have occasionally collaborated with some event organizers in Athens, being in charge of the provided Cosplay activities within them. Specifically with The Nostalgic Effect Party, Hobby Fair Play, Cretan Comic Con and Vintage Toys 2016, 2018 & 2019. How did these collaborations come to be and what were the provided Cosplay activities by your team at each of them?

11) What can we expect from your team at your own events in the future, but also at events by others, where you are in charge of various Cosplay activities? Is there a long term goal or personal dream that you want to achieve through your events and participations?

There’s a lot. As I mentioned before, Korinthos Cosplay is open for any future collaboration proposals from all events it has attended, but also from anywhere else. Clearly Korinthos Cosplay will also return to Korinthos again. You will therefore see Cosplay Korinthos 3, 4, 5 etc happen, but all in time. Without unnecessary haste, so that everything will be done in the best way as possible. At the next Cosplay Korinthos there will also be buses available that will transport cosplayers from Athens to Korinthos, and after each event, back to Athens, free of charge for all cosplayers. That’s all for the time being, since if we mention everything now, there won’t be anything left to surprise you with. 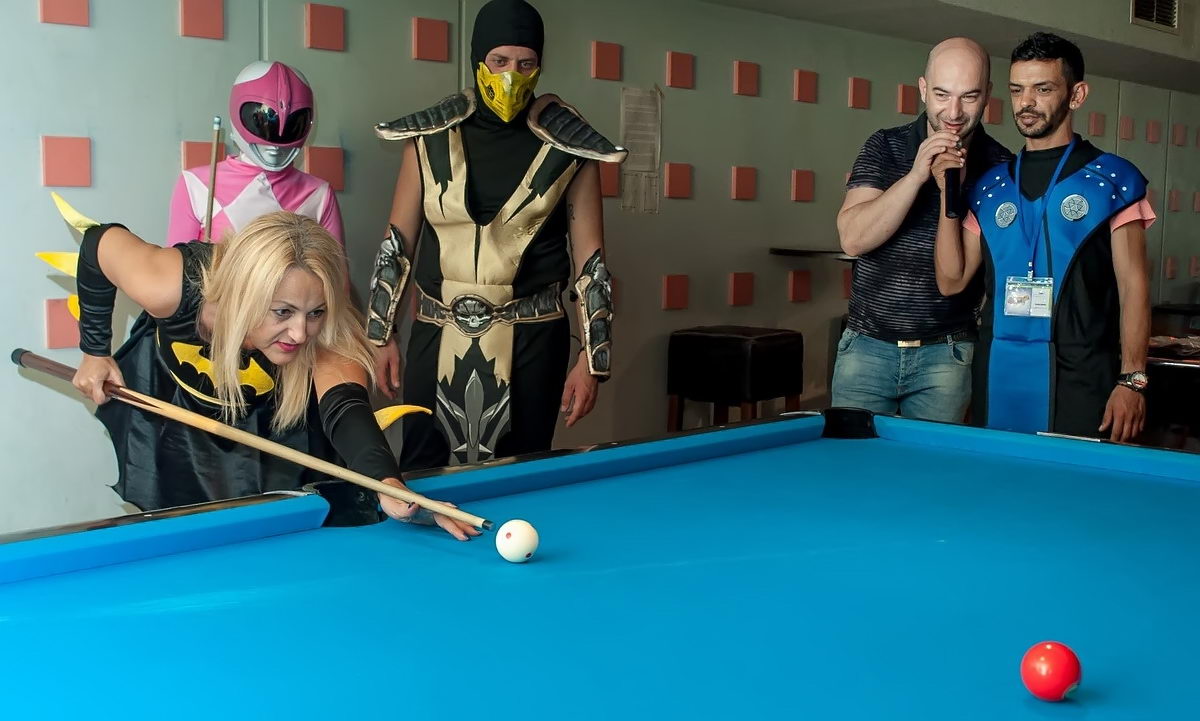 A funny experience? Hmmm … It happened during the Cosplay Contest at a Cosplay event. We had the audience choose the best costume and decide on the winner. I remember some people who didn’t win say that the contest was set up. How can the contest be set up when the public decides who will be the winner? While some others who placed third in the contest, went home crying, because they got third place and not first place. How can such things happen? But they do.

It also sometimes happened, literally by accident, that some events at which we were in charge of the provided Cosplay activities coincided on the same time and date with other events in other areas, leading some to say that we deliberately set the time and date the same as theirs, so that Cosplayers wouldn’t visit them.

In addition, after completing our activities as part of some big events we attended, it was mentioned by some people, who gave Korinthos Cosplay the right to organize all those internal events. And various other unacceptable things such as that the country bumpkins from Korinthos act and think as if they are all that. We are from Korinthos, and it’s our honor being from Korinthos. But we aren’t and never were country bumpkins. But whenever some of you Cosplayers asked for help from Korinthos Cosplay, we helped you and you thanked us by turning your back on us, without us being to blame for anything of having done anything to you. The fact that we are permanent residents of Korinthos doesn’t mean that we don’t learn what you say about us behind our backs. It’s just that you spoke to people you shouldn’t have and in turn they conveyed everything to us, nice and easy. 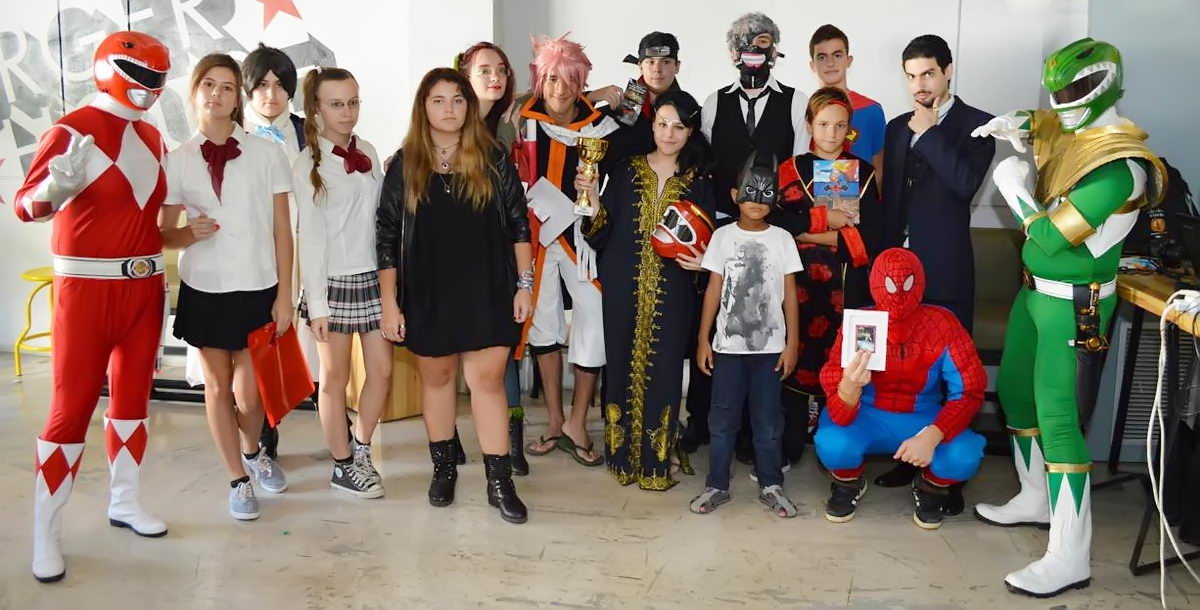 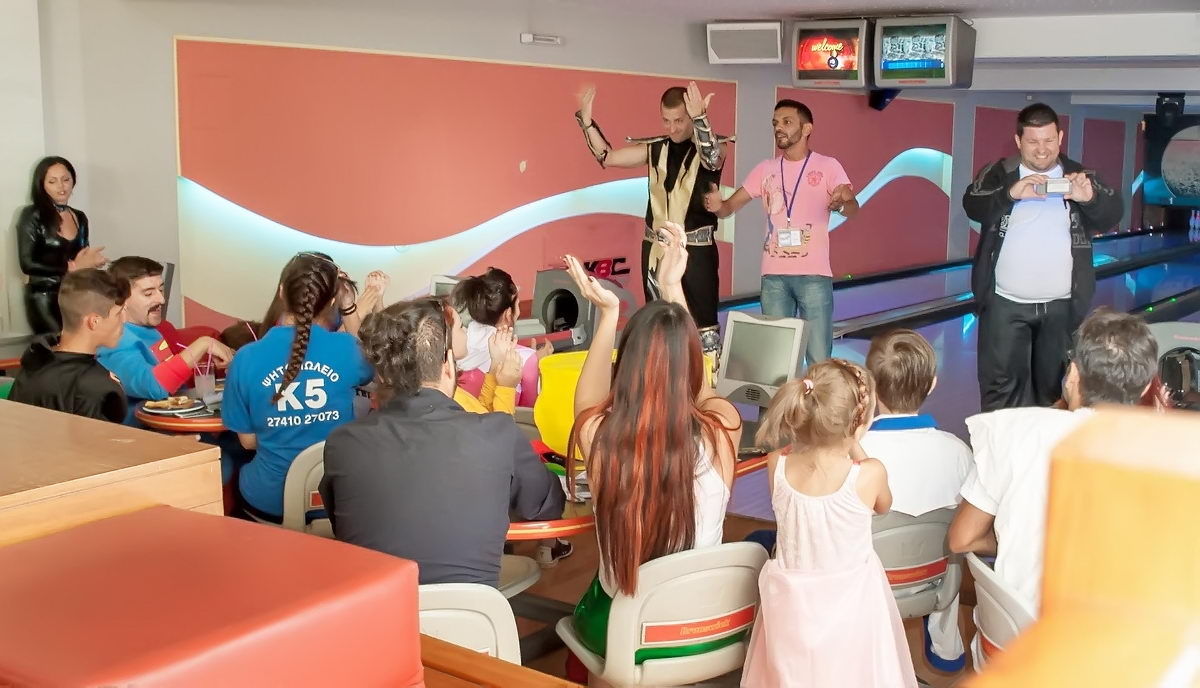 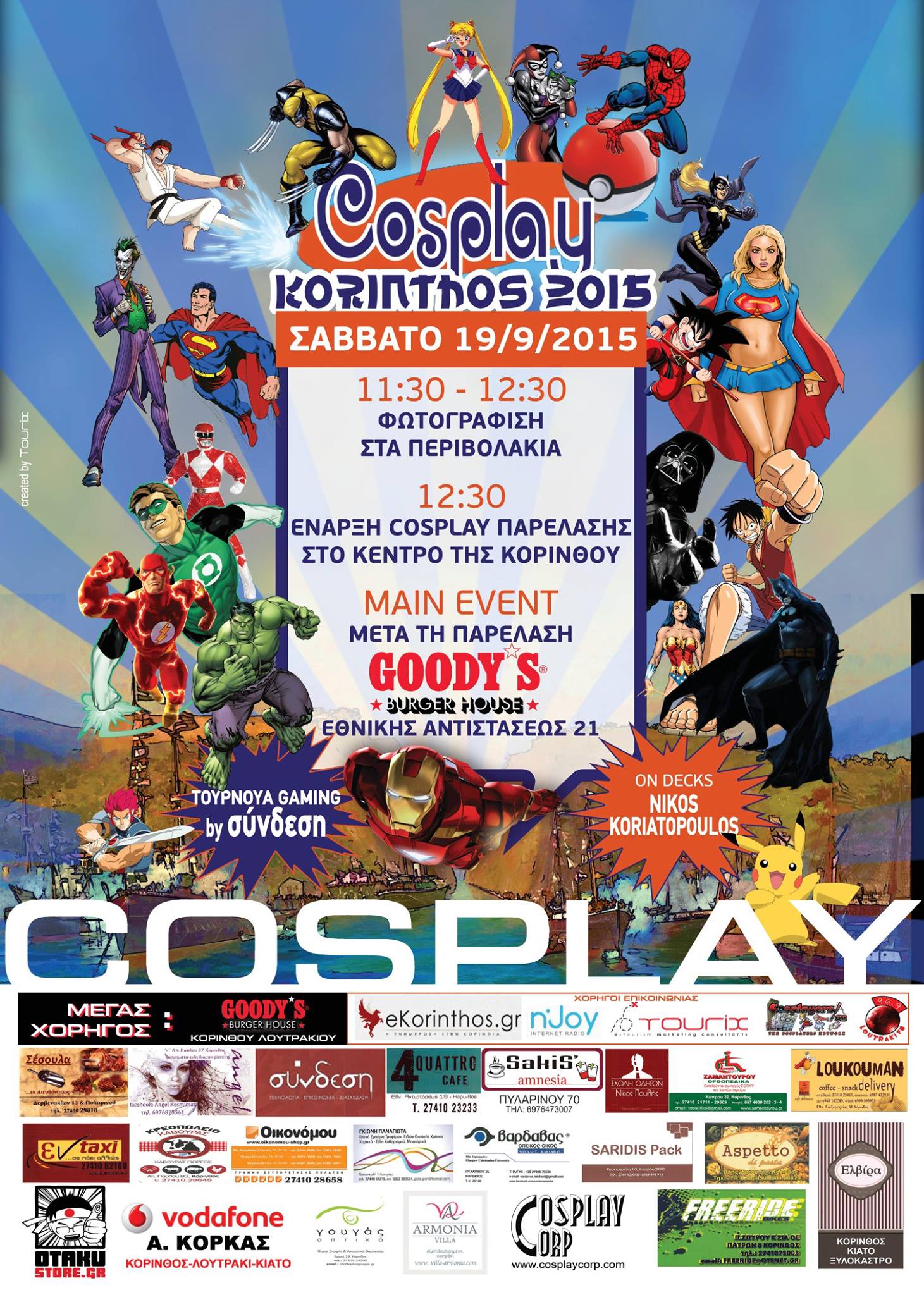 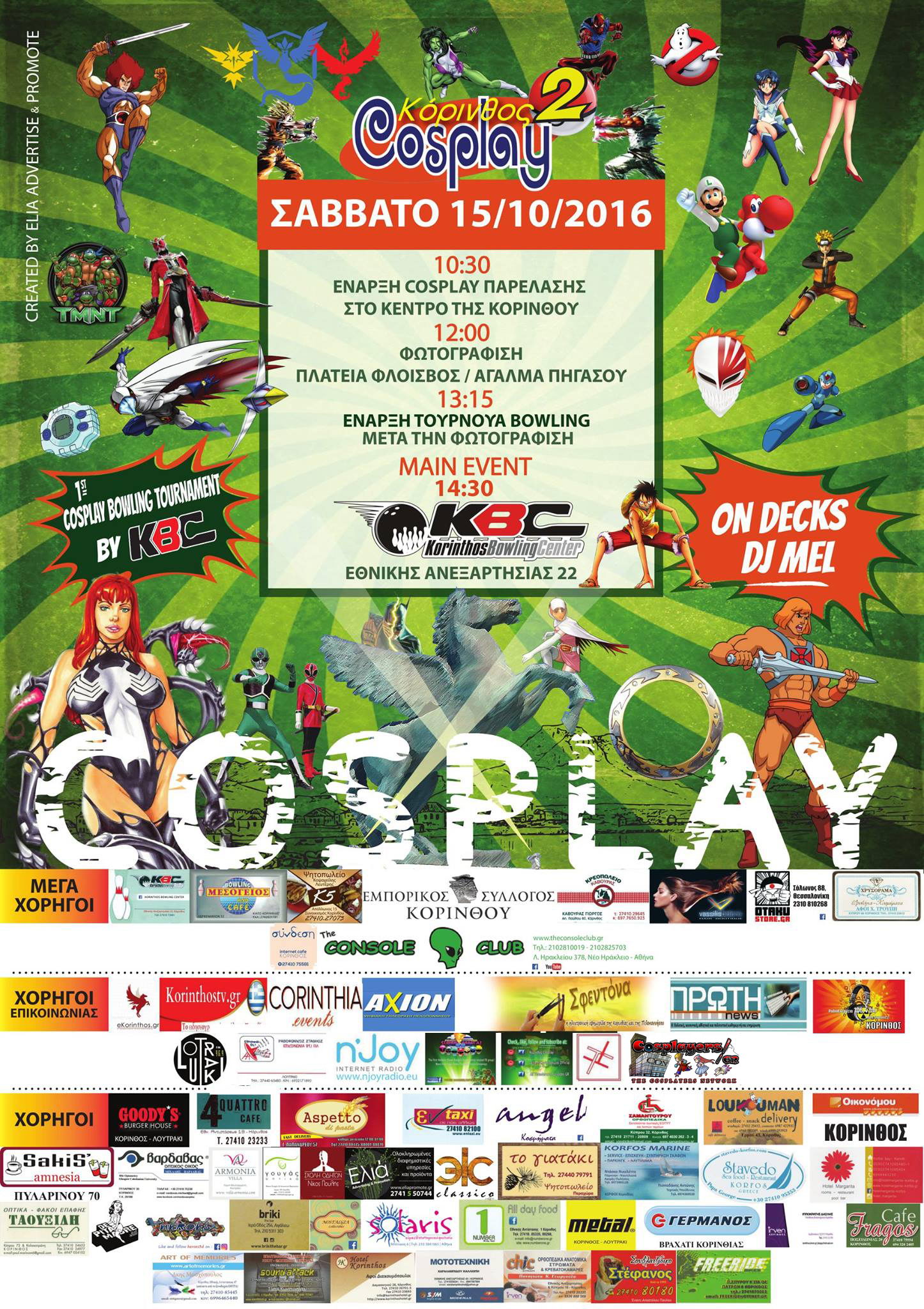 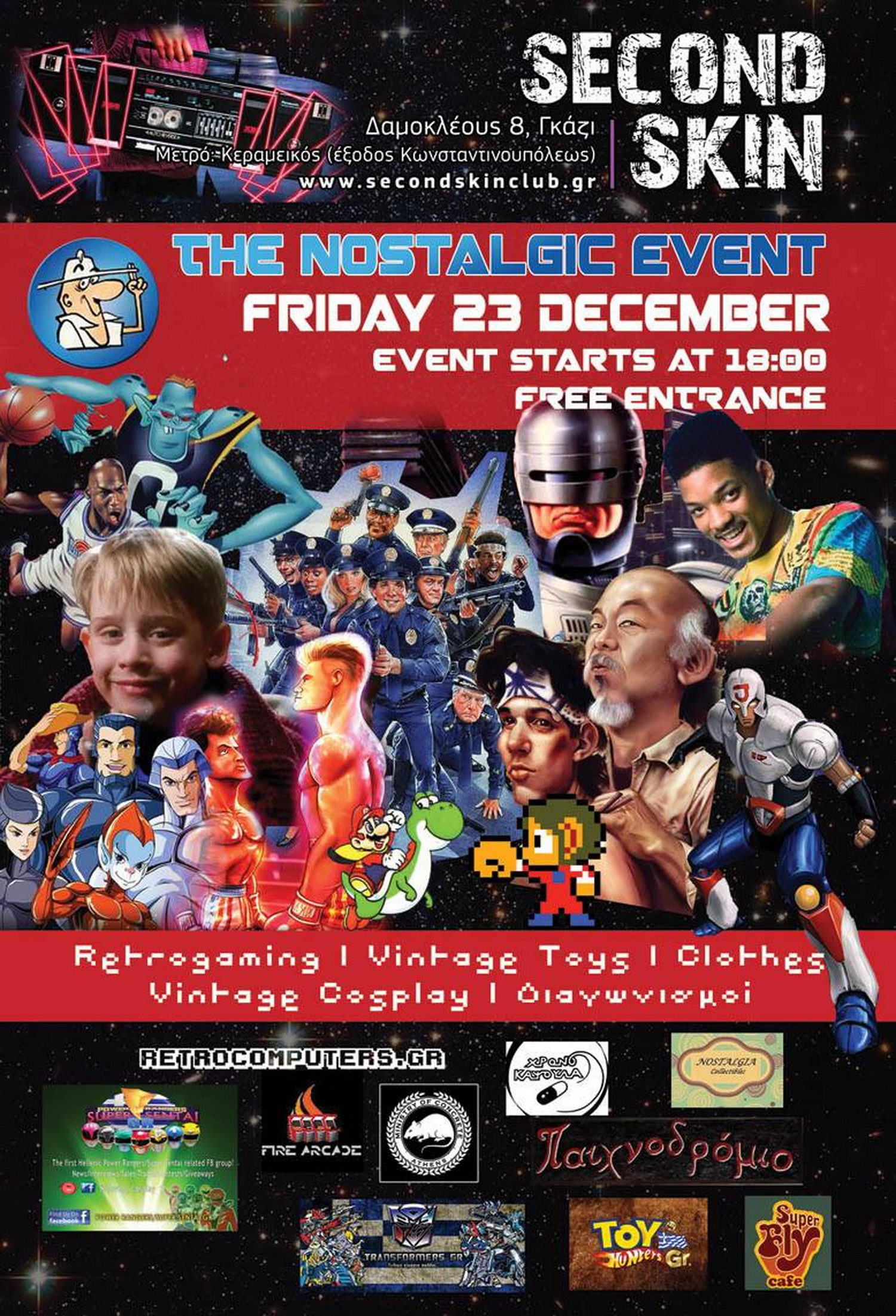 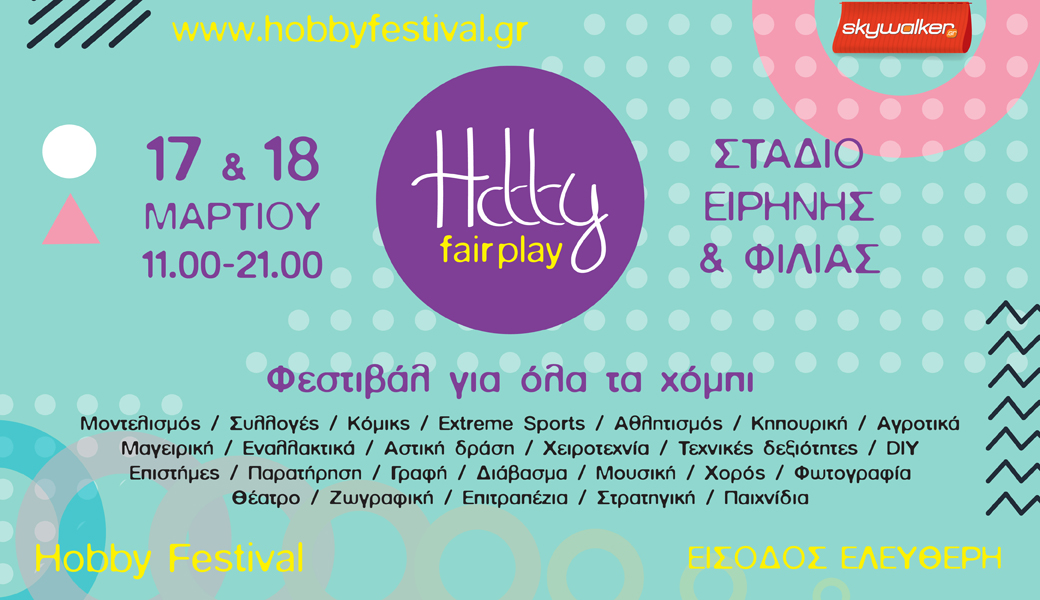 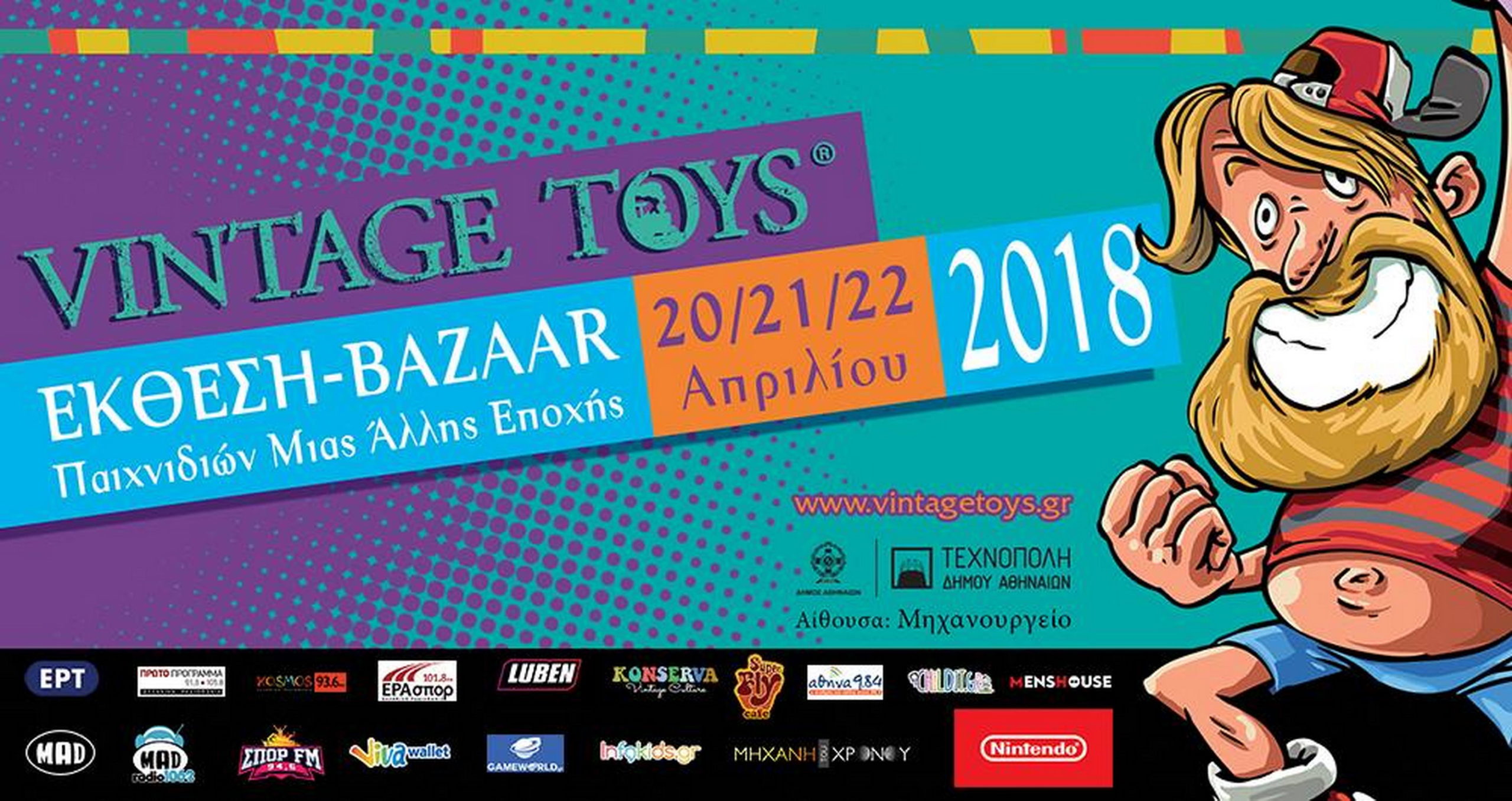 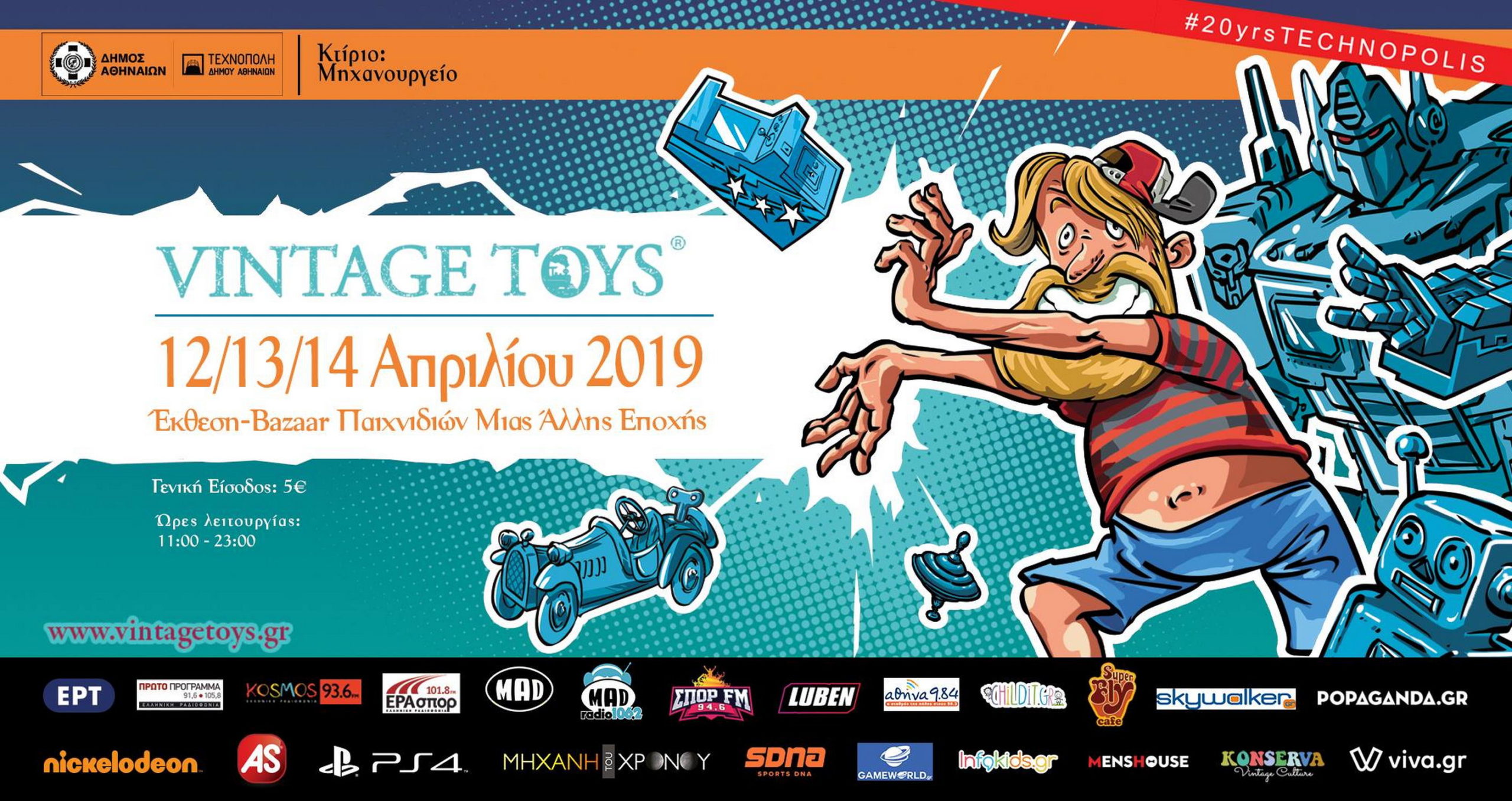