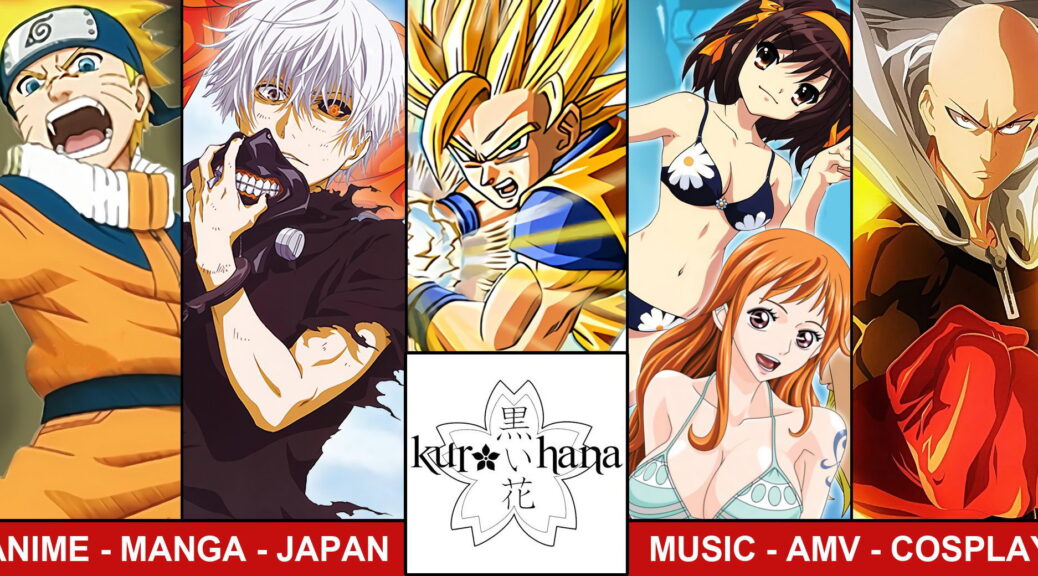 Blast from the past with Kuroi Hana, the only Anime / Japan / Cosplay Party organizer in Kalamata, Greece, in 2011-2016! We talk about Cosplay, the team and its work!

Kalamata in Greece couldn’t be missing out on Cosplay related events being organized! From 2011 to 2016, Kuroi Hana, did the impossible by providing 6 Anime / Japan Parties, as well as a Disney Party to the city’s audience!

Starting with party organizing on August 26, 2011, it continues until July 24, 2016, full of music and video clips from Anime, Japanese Videogames and Japan in general, managing to gather all of Kalamata’s fans of Japan and Cosplay in one place! Some of their core characteristics being the Cosplay Contest and audience giveaways!

Let’s talk in detail about everything with Magda Asimakopoulou, creator of Kuroi Hana! 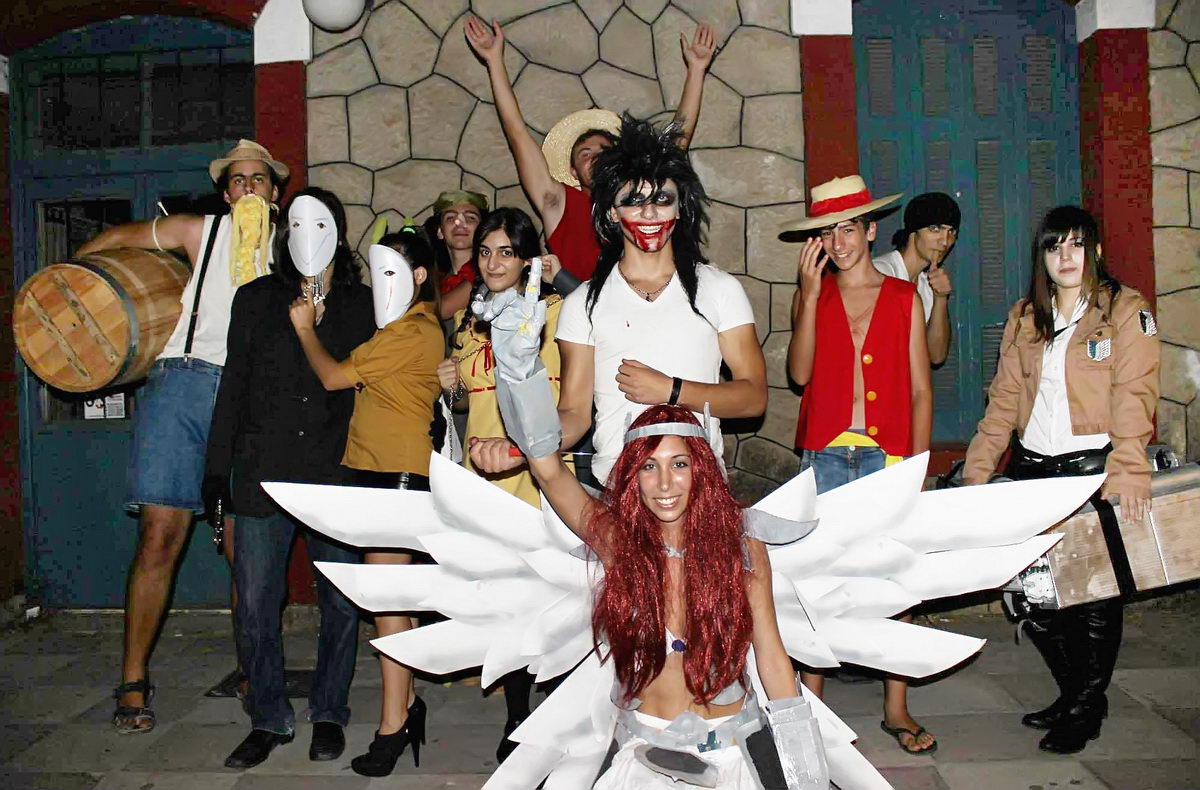 COSPLAYING TO THE SOUND OF JAPANESE MUSIC !

1) Tell us a few words about your team, its history and activities! When and how did the team start organizing events? What led you to organizing events? Why did you choose Kalamata for your events? What type of events were they and what themes were they about? Were those themes based on the organizers’ personal interests, and if so, when did you start taking an interest in each of them?

Kuroi Hana started with passion and lots of stress in 2011 in Kalamata, where I’m from. I made the decision when I saw anime parties being organized in Thessaloniki and I thought, why not in Kalamata too?

The events’ theme as I mentioned above were anime, as well as Japanese music. My involvement with anime and Japan officially started in high school when I learned that the cartoons I was watching until then on TV are called anime and originate from Japan. Later, I fell in love with Japanese music and Japanese culture in general.

I’m a fan of animation and it’s the field my studies are based on, because of my love for it. 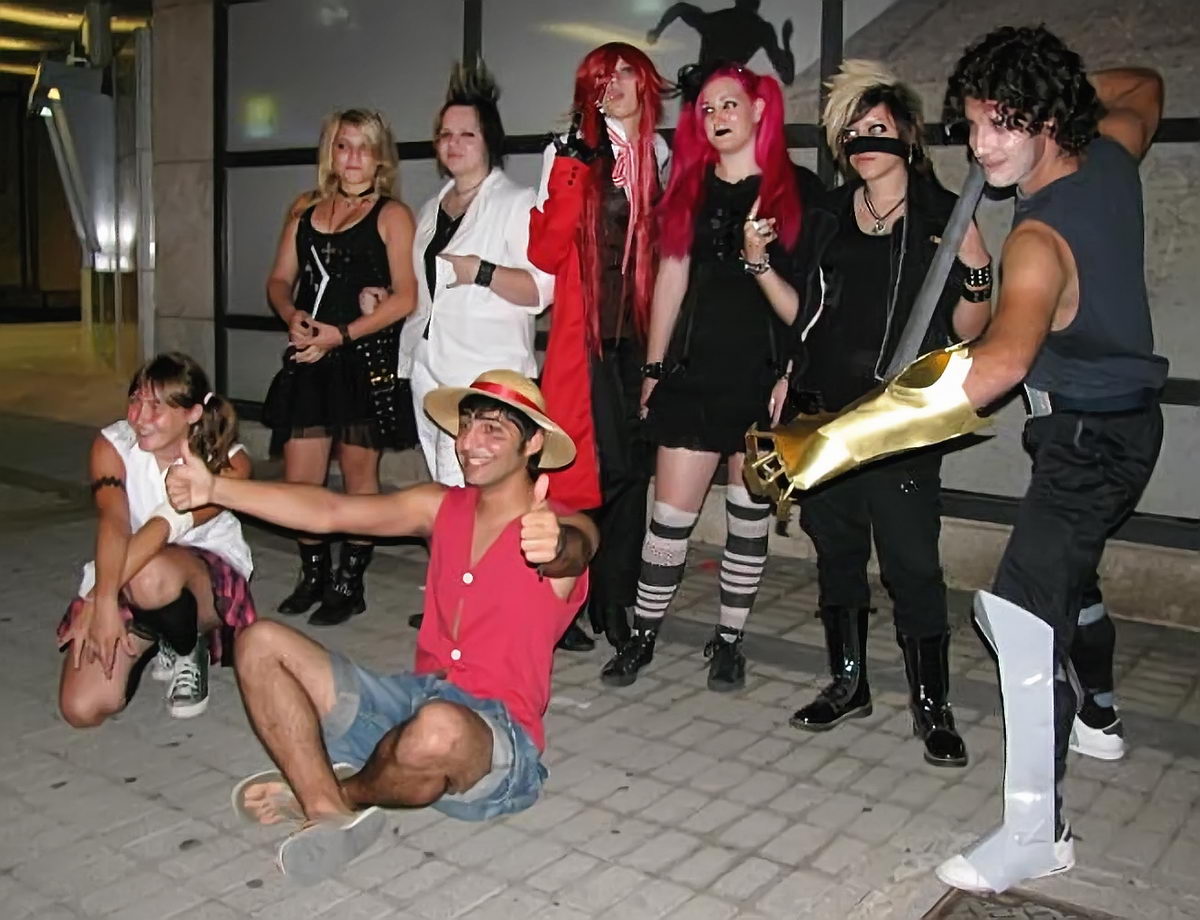 2) How much effort, time and money did it usually take to set up an event? What was the usual preparation plan that you followed?

It’s a painful story. I had to organize everything one month prior. To find a venue, to find sponsors, to buy or rent things that were needed, for the sponsors to send me the gifts, to create posters, to put up posters, to create the playlist, etc. For all the parties I had to spend money of my own. It’s not easy to find sponsors to fund you for an event that not only has never been held before in Kalamata, but with whose theme most are not familiar with. However, there were sponsorships that helped me a lot. At some parties e.g. I printed the posters for free, and of course the sponsors with the gifts I gave away at the events were a very important part. I’m grateful to those who sponsored the parties and helped in their own way. Of course wasn’t able to do all this entirely alone. There were also friends who helped me joined the team later. 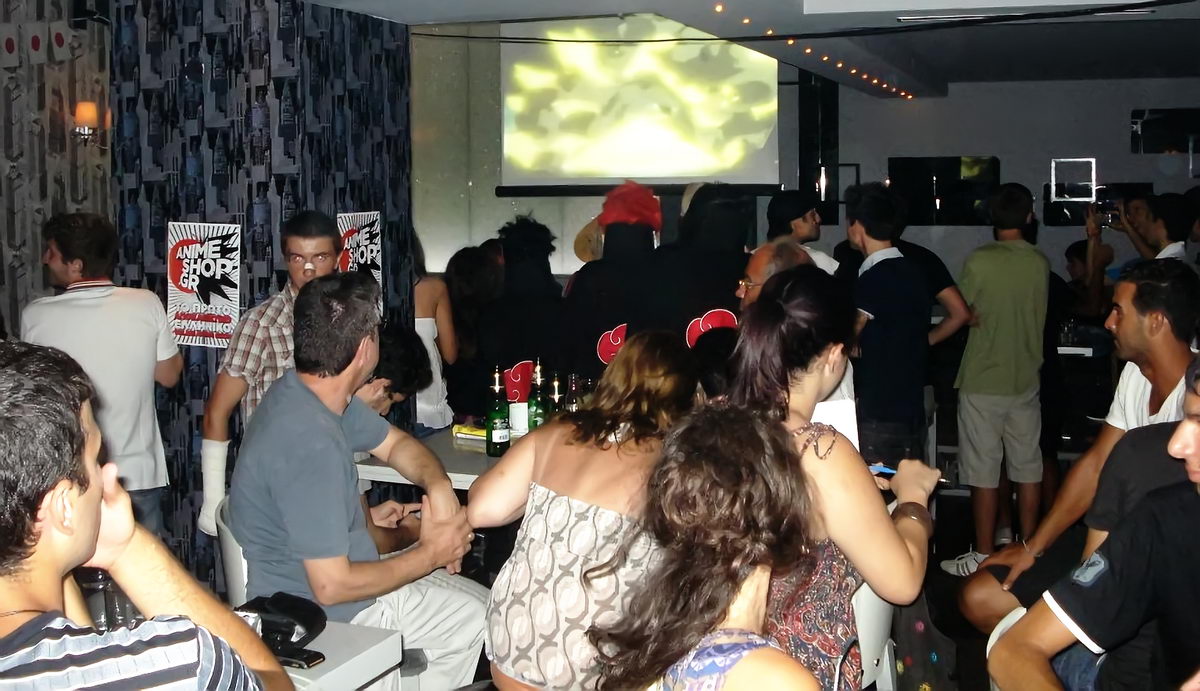 Great joy but also LOTS of stress! I didn’t seem particularly happy because of the stress to tell the truth, but I was enjoying it inside. Doing something for the first time is always stressful, especially when it requires many responsibilities. 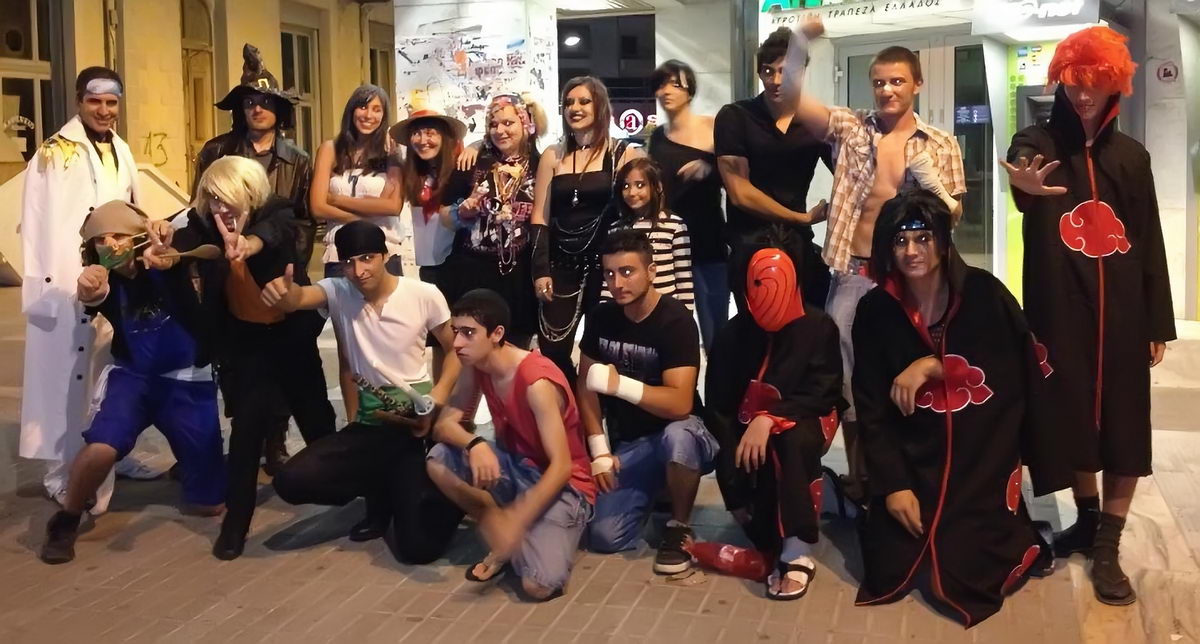 4) What was the most difficult event you organized? What defined it as such?

I can’t say that I had a hard time organizing any event. The most difficult thing was the stress to do everything on time and for everything to go well. E.g. not to have the projector break down, not to have the laptop malfunction etc. 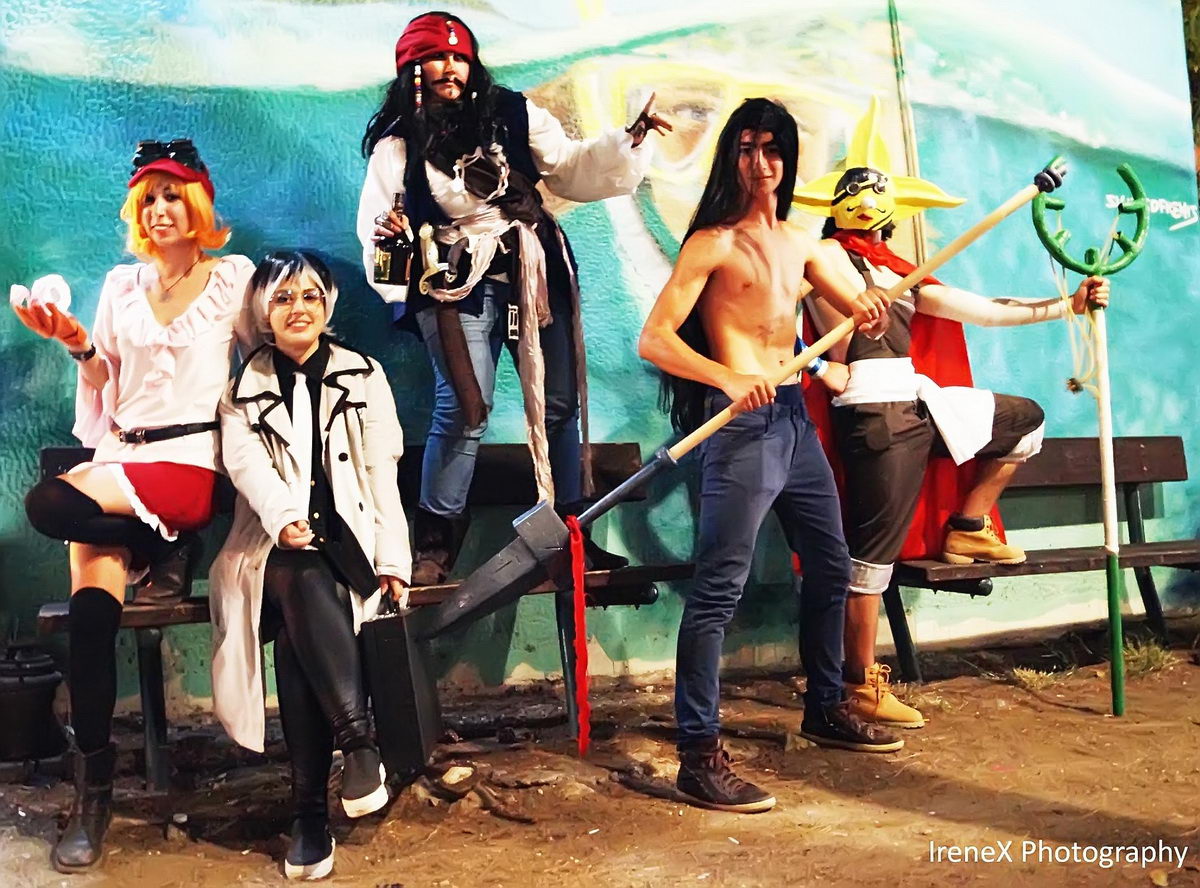 5) Were you satisfied with the people’s response to your events all those years, as well as with the number of Cosplays attending?

More than satisfied. Especially at the first party, I didn’t expect so many people. If I remember correctly, more than 100 people came ( for Kalamata, believe me, there are many ). Following this, I had a steady audience of around 60 to 80 people depending on the event. Cosplays were not that many, but I’m satisfied with the participation … but in Kalamata I should mention again, people aren’t like in Athens and Thessaloniki. They are more closed and ashamed. I talked to a lot of people who wanted to cosplay but wouldn’t dare to do so.

6) Was there a long term goal or personal dream you wanted to achieve through your events?

Yes, the truth is that I wanted to continue doing parties, if not forever, then for a long time. However, I didn’t succeed. I wanted the anime fan community in Kalamata to grow ( and in Greece in general ). 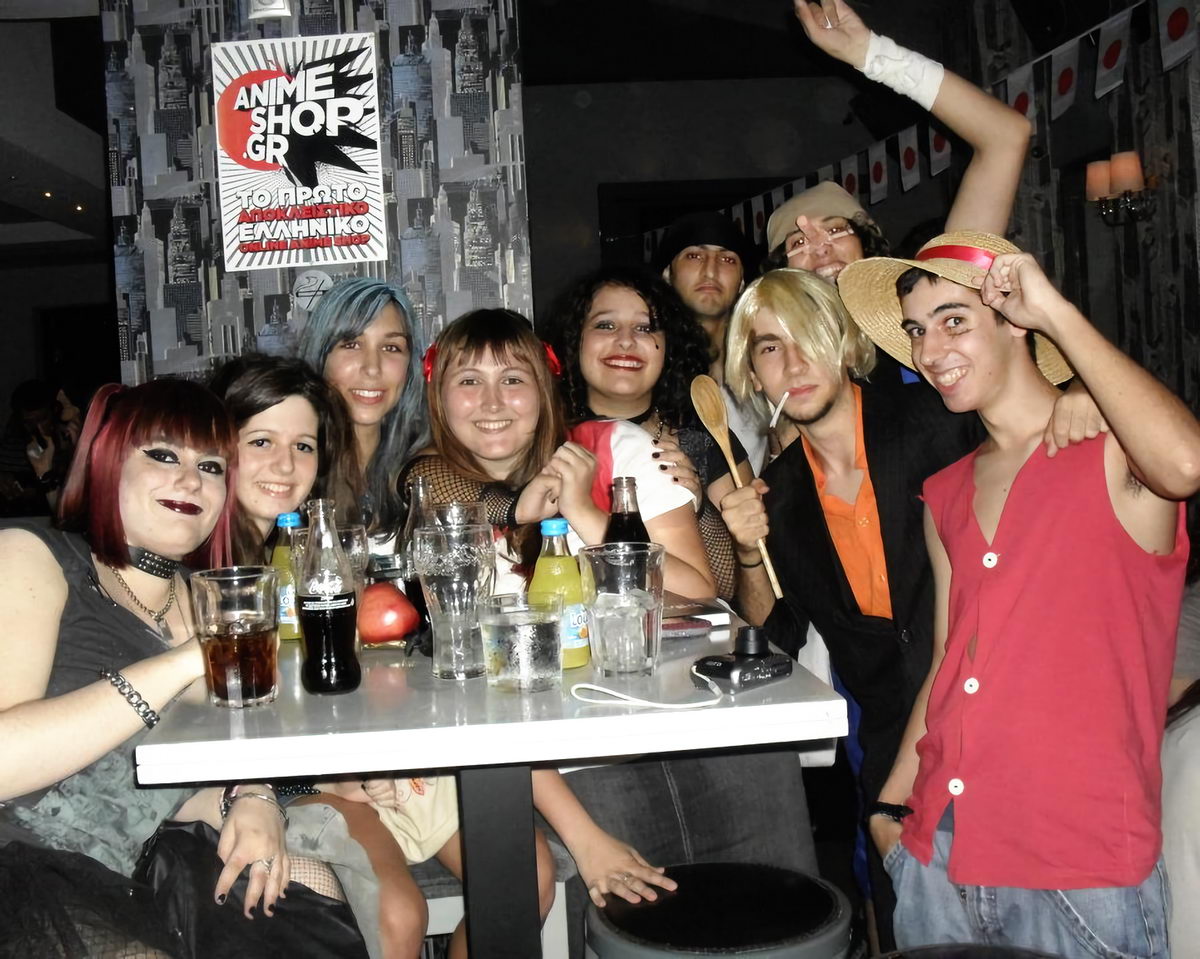 7) What’s your opinion, in proportion to Greece’s size, about the size and level of the audience of the scene, towards which your event was addressed? Comparing it to the present point of time, do you notice any quantitative and qualitative differences in this audience?

Yes, there definitely is a difference. Back then we didn’t know about others in the scene who were into anime. We had to search a lot to find them. Until we discovered fora, pages were opened and events were organized etc. We were and are many more than I thought. Over the years I think we are still growing, regardless of whether there aren’t that many events related to this theme anymore. However, there are many pages and people have started learning what anime is, even though they no longer show it on Greek television. We had the best times. Now the children grow up with Peppa the Pig, while we grew up with Pokemon.

8) Why did you decide to include Cosplay among the events’ themes from the beginning? What more do you think did the presence of Cosplay provide to your events?

Cosplay is something I love, although I haven’t done many ( and I’m definitely not a good cosplayer ). However, I consider it an art and you can express yourself through it. What’s better than impersonating your favorite character?

I think the presence of cosplays at events is important, because it enables those who love it to have a place where they can express themselves freely without shame and socialize with people who understand the meaning of cosplay. 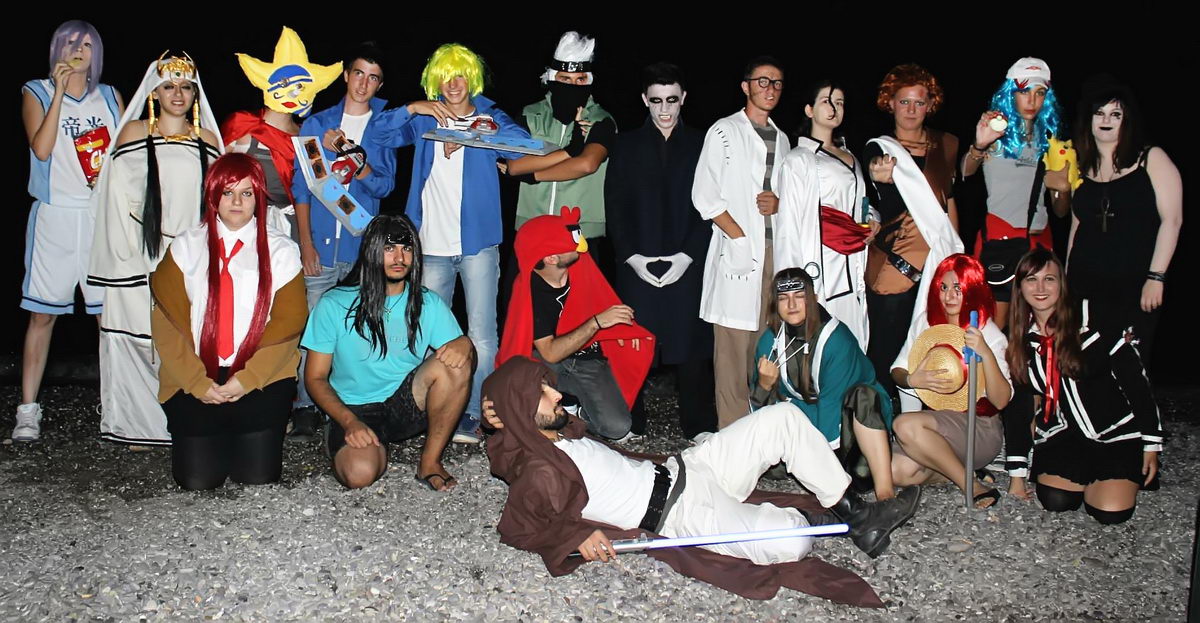 9) What could one find related to Cosplay at your events? Do you think they were sufficient or was there something more that you would have liked to provide regarding Cosplay, but never managed to?

There was the opportunity to vote for the best cosplay of the night which was awarded at the end, as well as photos and videos of course. Each cosplayer went up or in front of the stage accompanied by a projector and expressed himself freely with his character’s poses and movements. Of course, I had thought of doing more things like mini sketches, mini videos, etc. I would definitely liked something more, but unfortunately it didn’t happen. 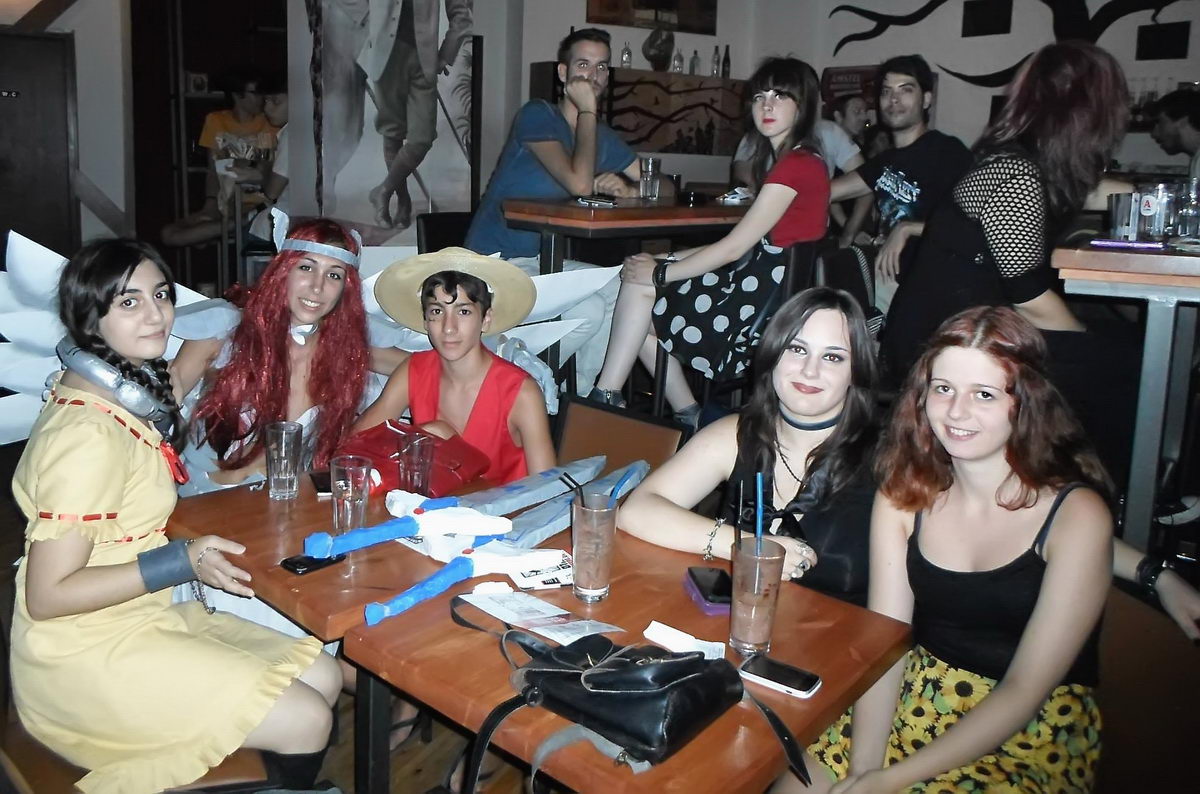 10) What’s your opinion, in proportion to Greece’s size, about the size and level of Greek Cosplays, based on what you know about it?

I’ve seen a lot of progress that I didn’t expect. I believe that interest in cosplay has increased significantly in recent years. I see a lot of Greek cosplayers at various events and that makes me very happy. I believe an important step has been made.

11) What led to the halt of the team’s activities in the end?

The truth is that I didn’t intend to stop … I made an announcement after the last party that I would continue doing them more sparsely but unfortunately it didn’t happen … The reasons are personal and I wouldn’t like to mention them. 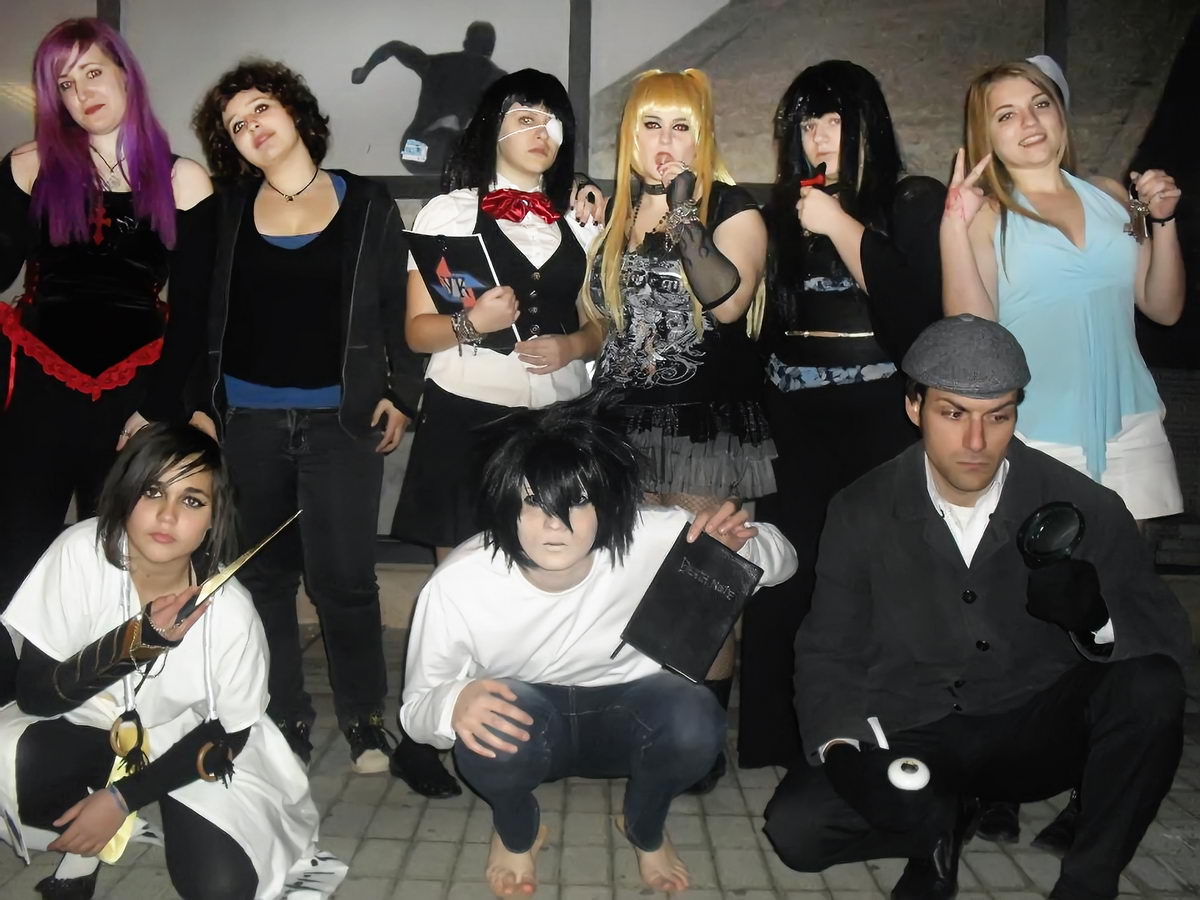 The first time I organized an anime party, many moms with their 4-5 year old children came, considering that it was for something for young children. When they realized that these animations weren’t suitable for those ages, they never came again. I still have the feeling that they were shocked when they saw what I was playing on screen ( laughs ). 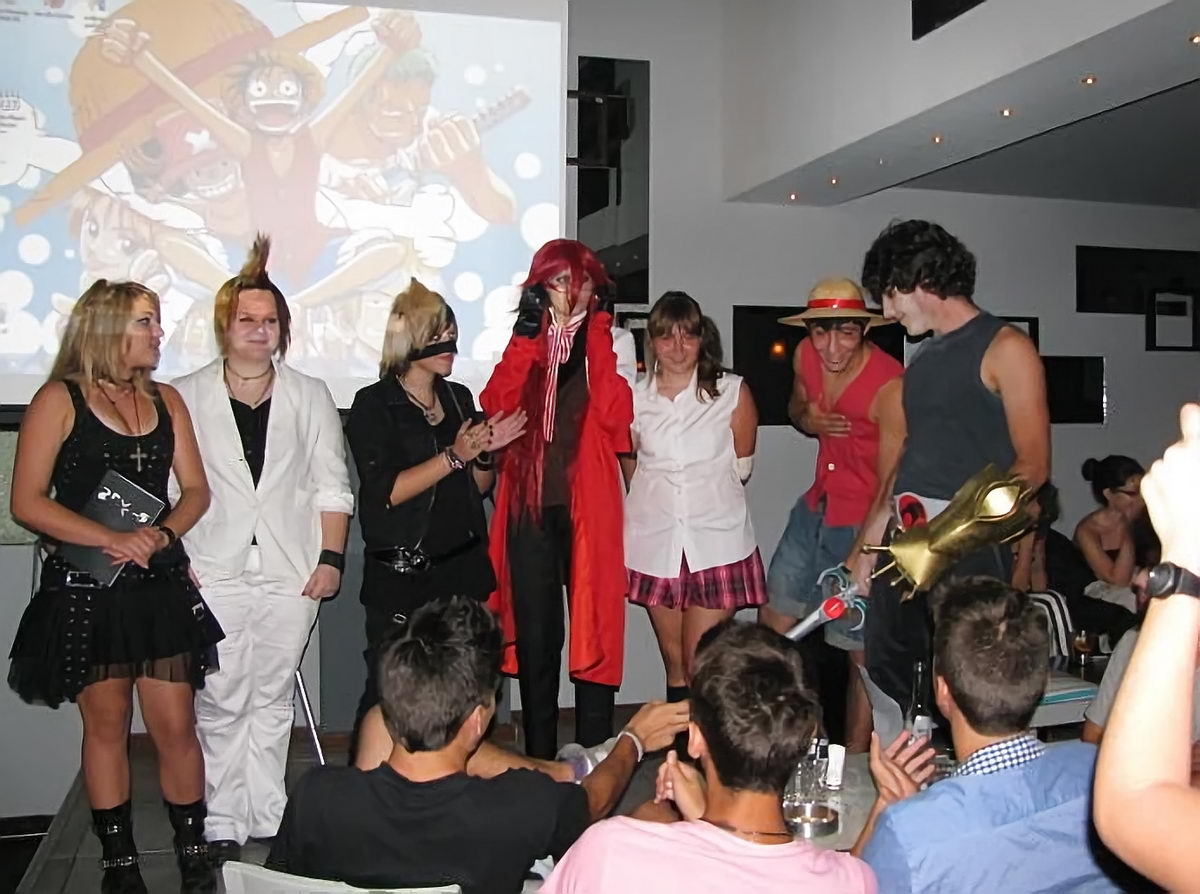 Yes, I want to say a big thank you to all those who supported me, even to the people I no longer have contact with. And I wish all those who love anime, Japan and cosplay to not stop doing what they love, even if people don’t understand them. 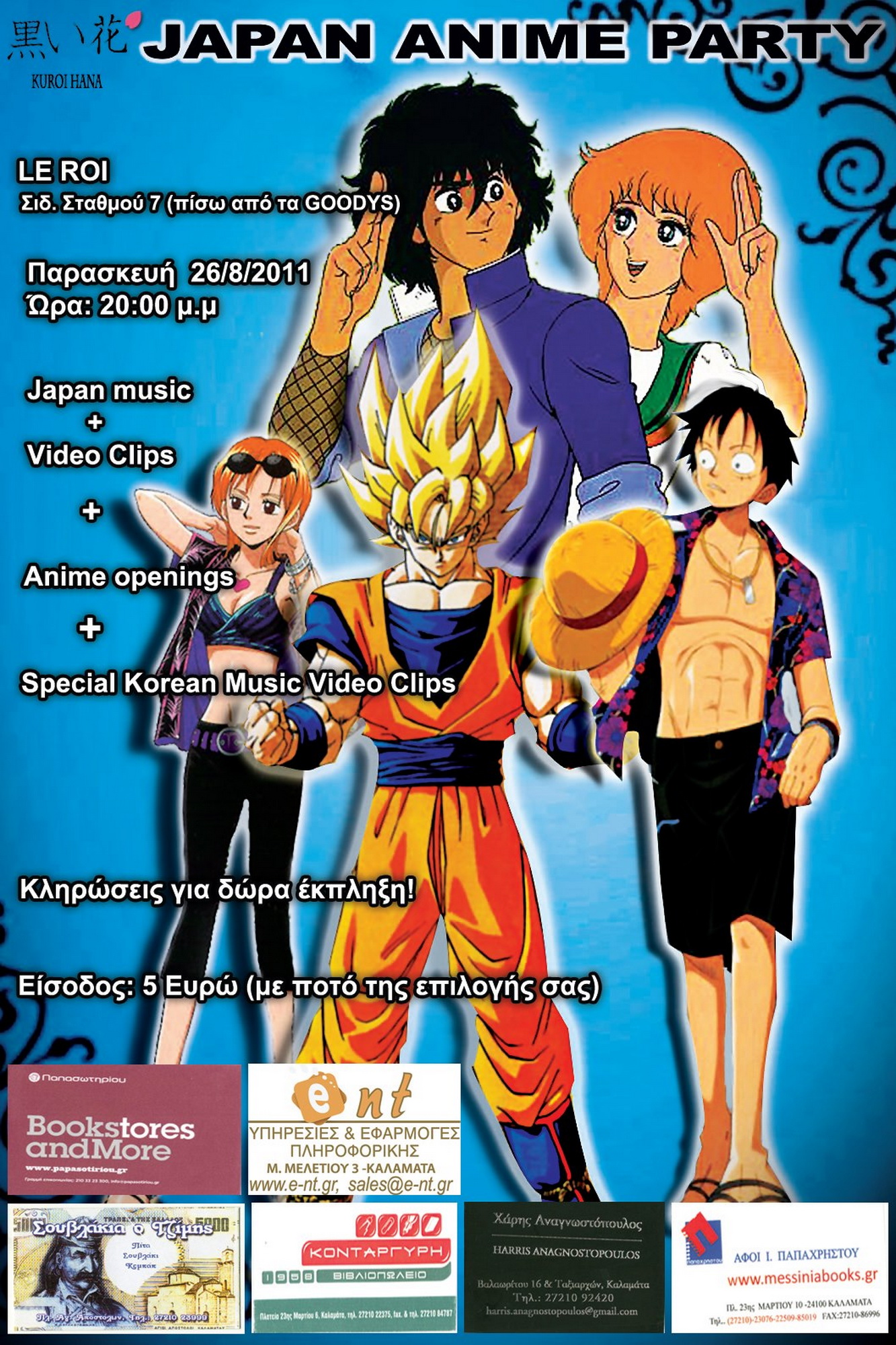 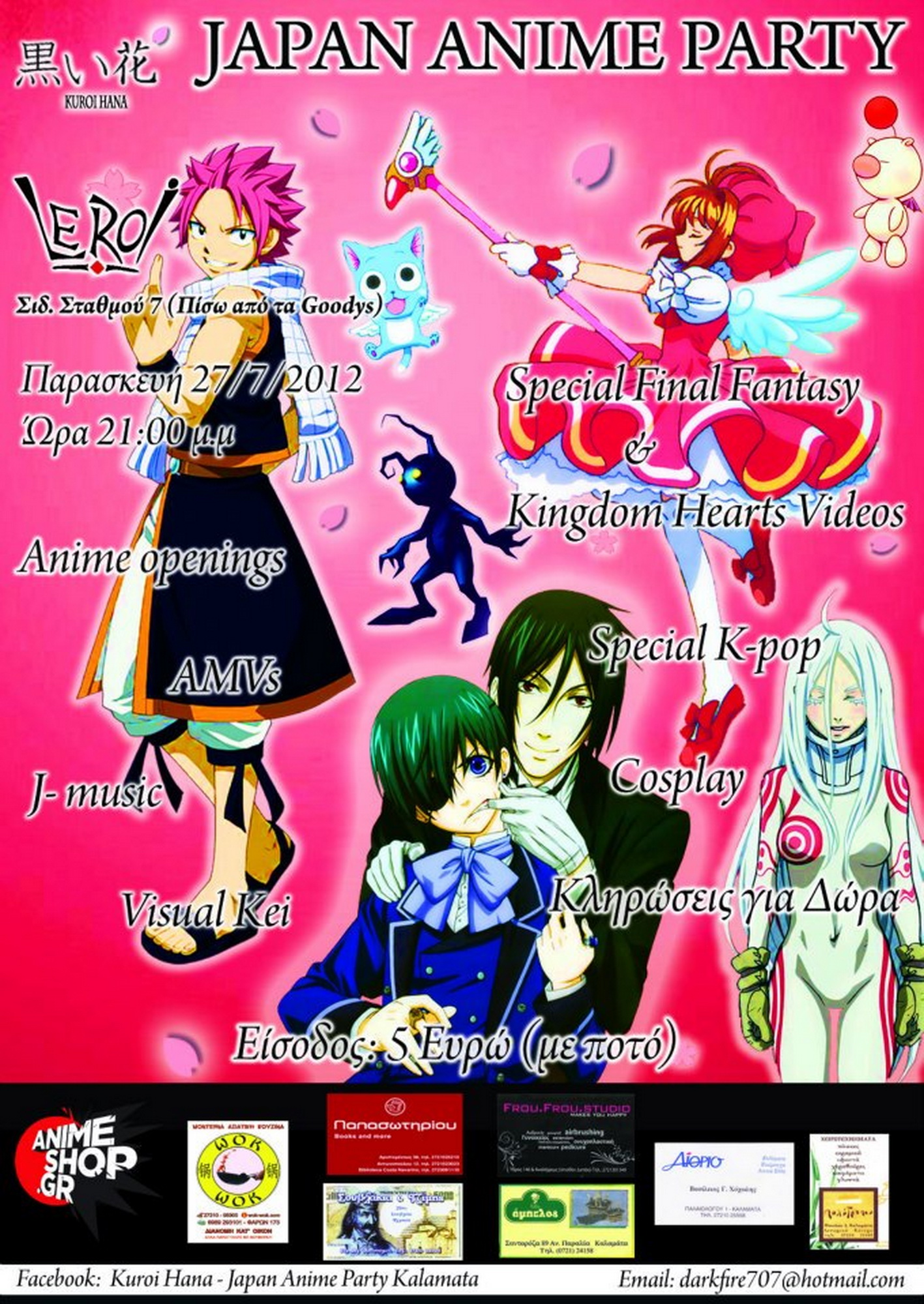 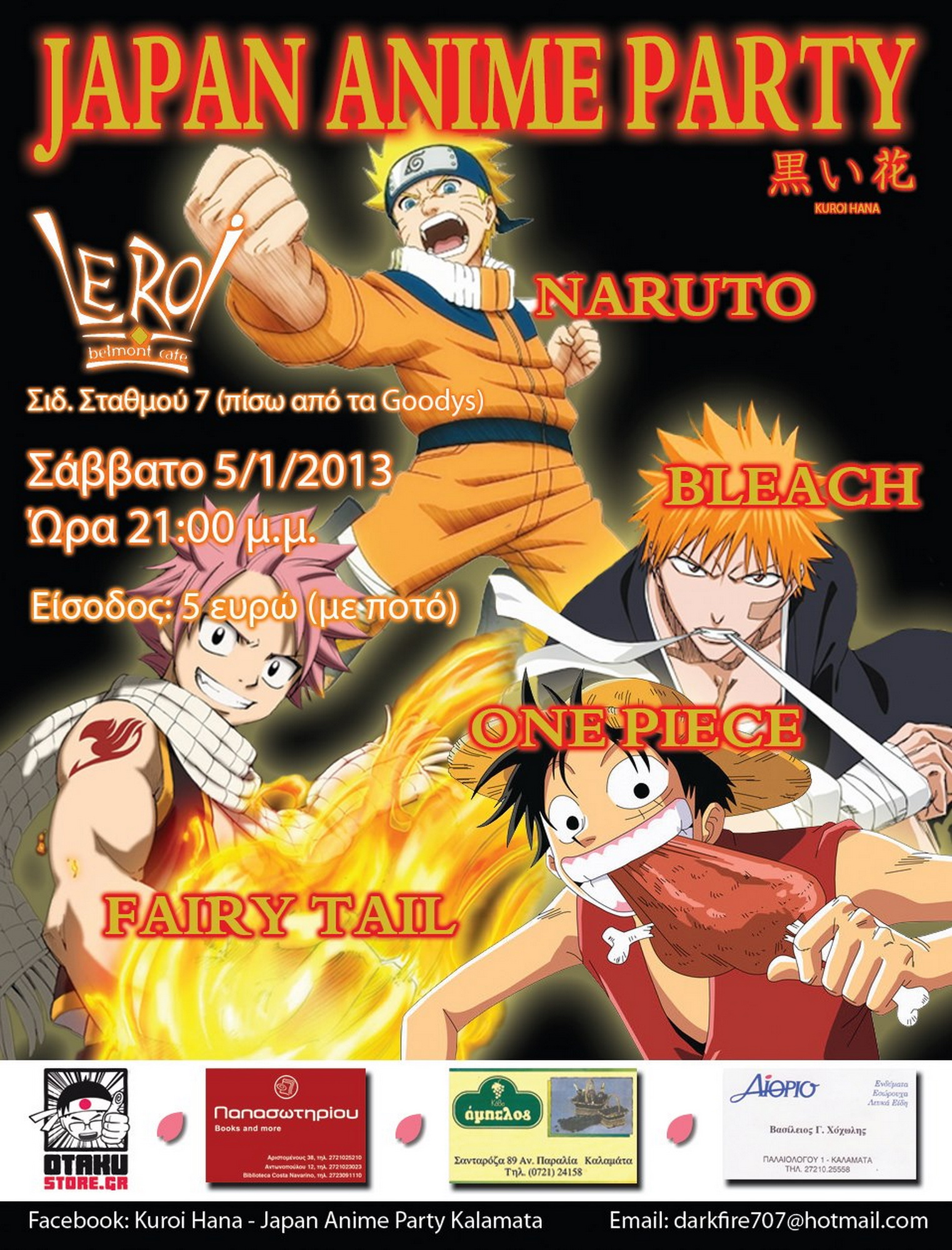 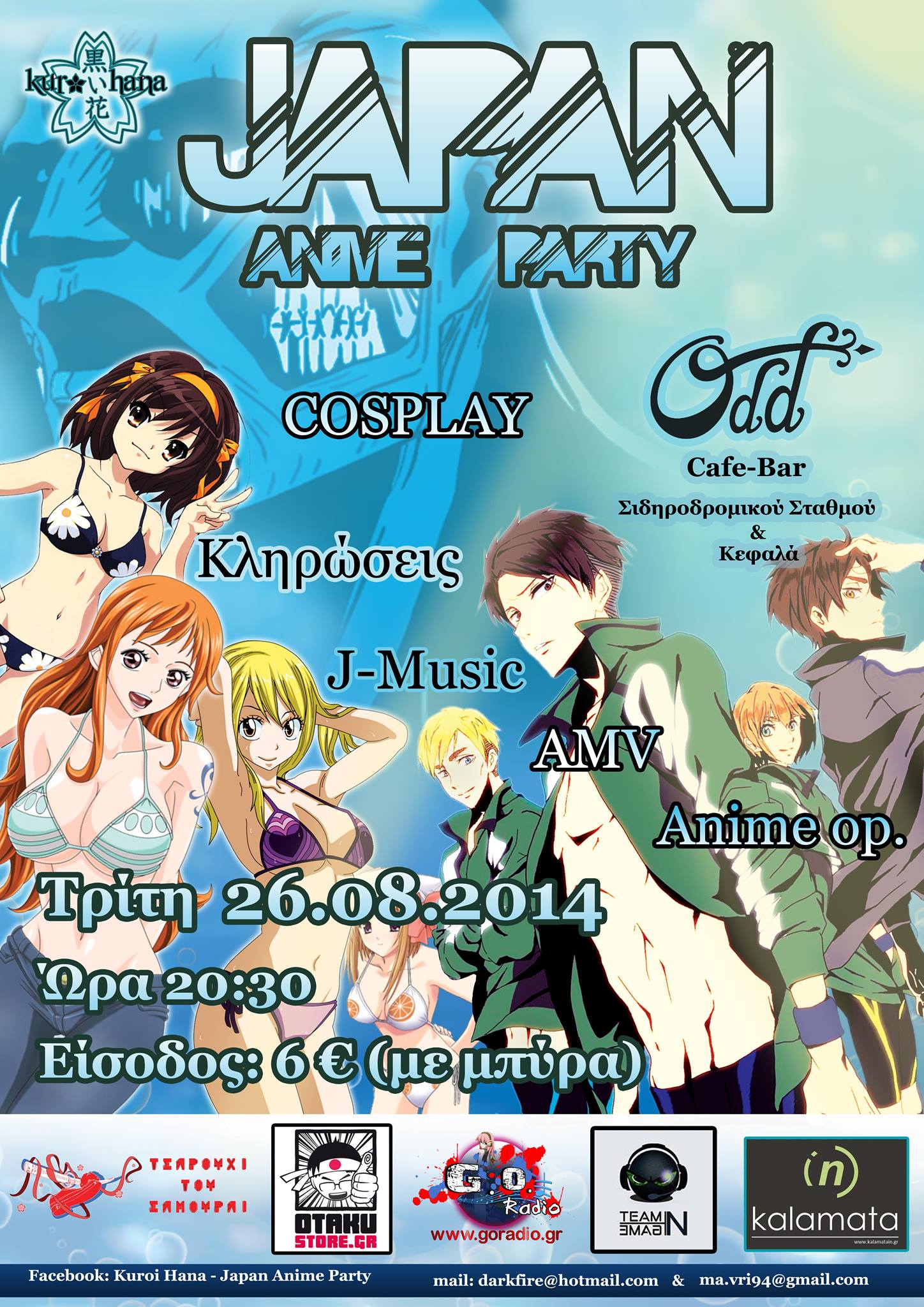 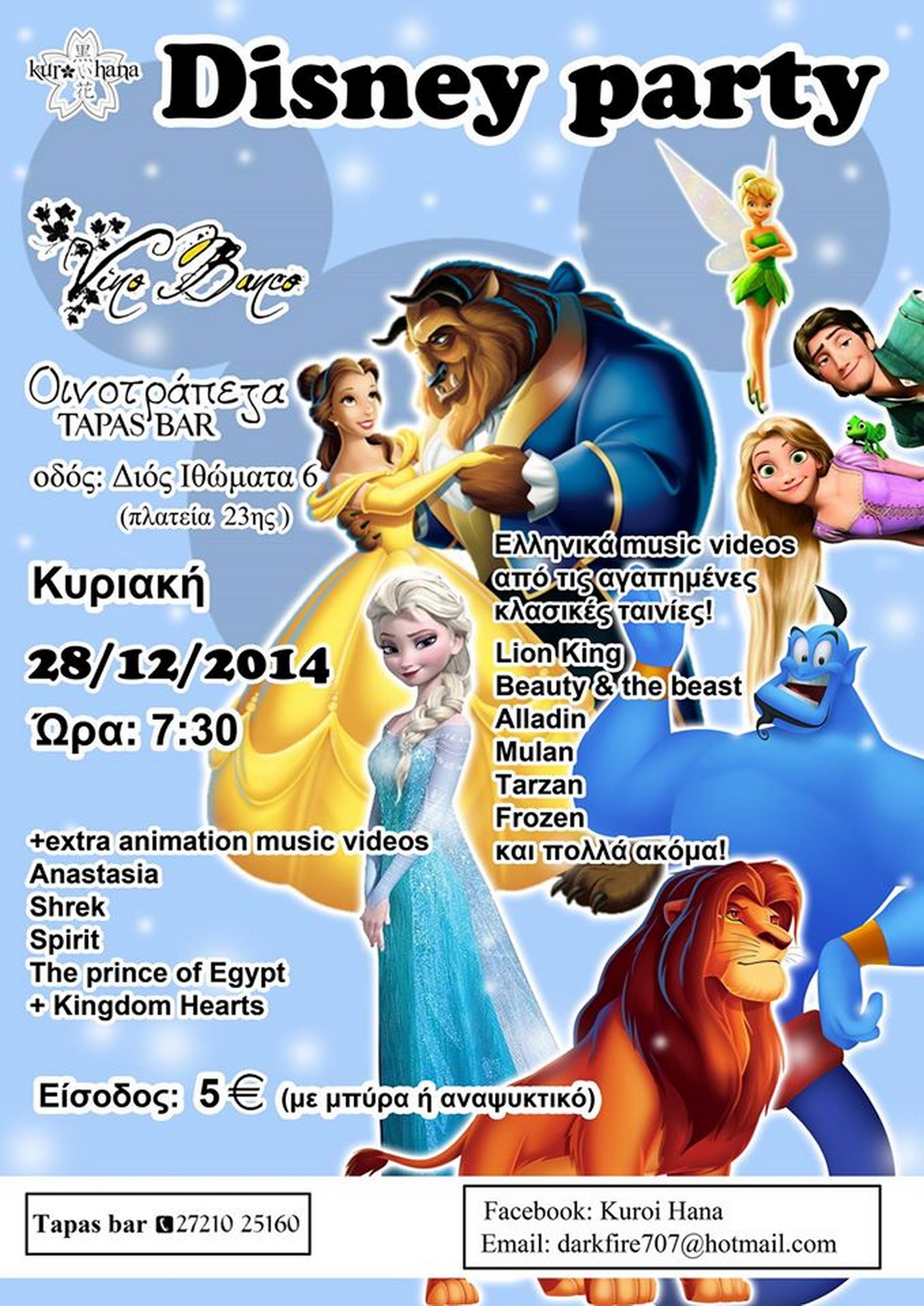 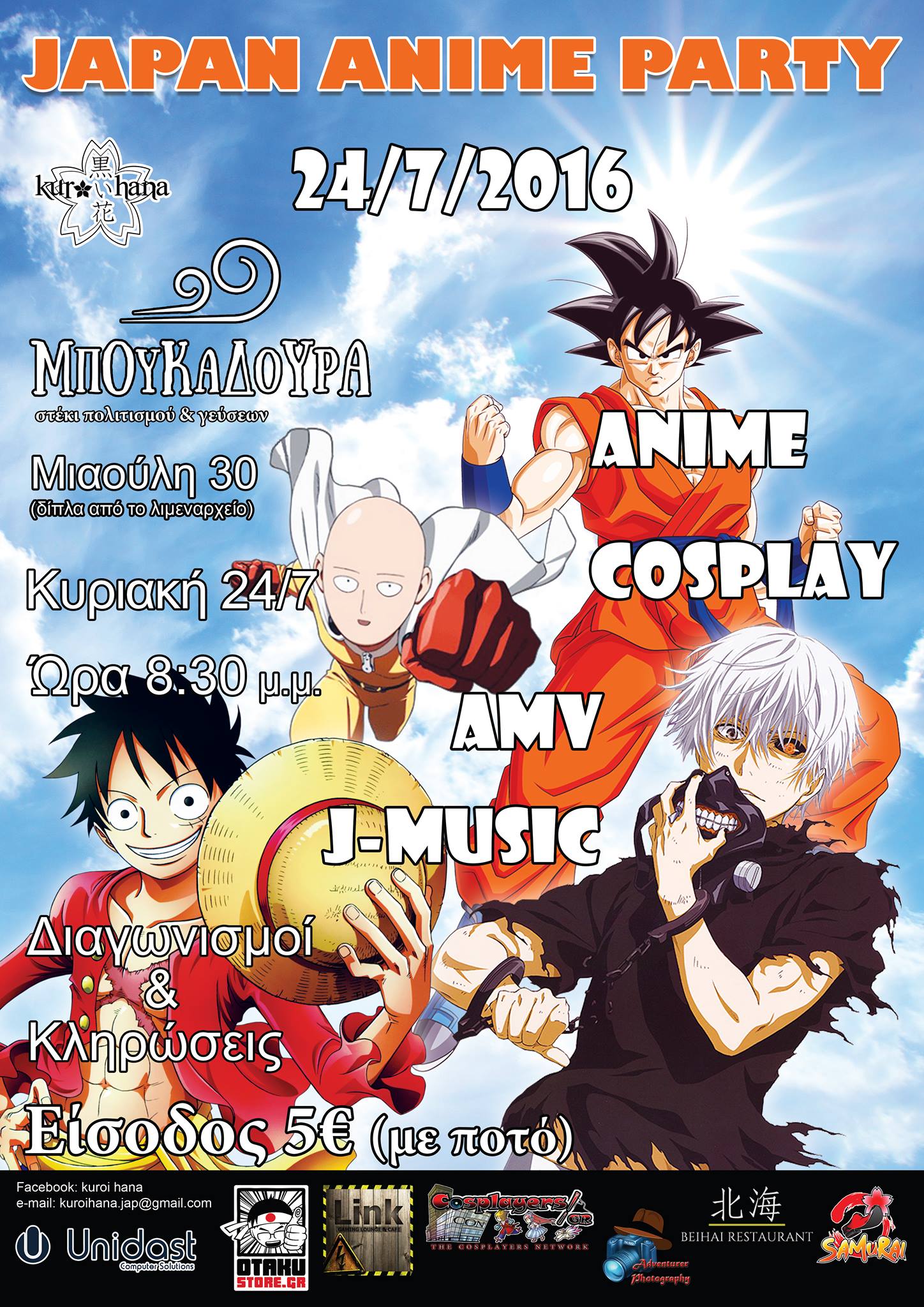