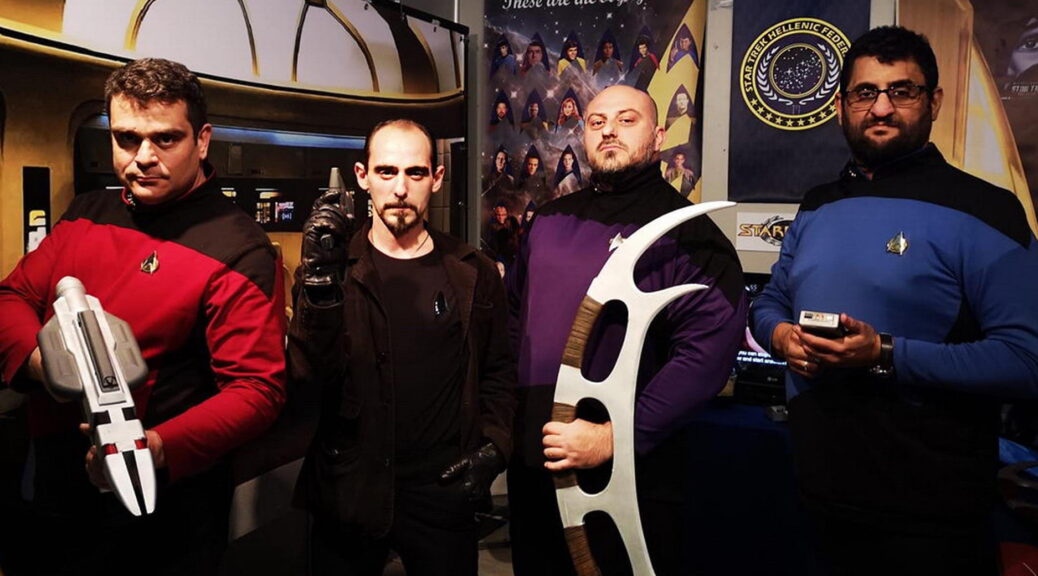 Star Trek Hellenic Federation, the big Greek Star Trek community! We talk about Cosplay, the team and their activities!

Greece has had its own large community of Star Trek fans for over 4 years now! Its name? Star Trek Hellenic Federation!

Starting its activities on October 24, 2016, it aims to gather all Star Trek fans under one roof and promote the series’ ideals in Greece! Star Trek themed Cosplay could not be absent of course!

We meet them with their own booth at various major Cosplay events in Athens, Greece, presenting their team and spreading their love for Star Trek! Sometimes they also give speeches on the subject of Star Trek during those events, while at the same time also occasionally organize independent Star Trek screenings!

Let’s talk to Evagelos Zafeiroulis, representative of the Star Trek Hellenic Federation, about everything!

BEAM ME UP, SCOTTY !

1) Tell us a few words about your team! What do we need to know about you? How many members does it include at this point of time?

Our team is a Facebook Page / community called Star Trek Hellenic Federation. We have 544 followers on our page so far, who are regularly updated on everything happening in the Star Trek Universe. 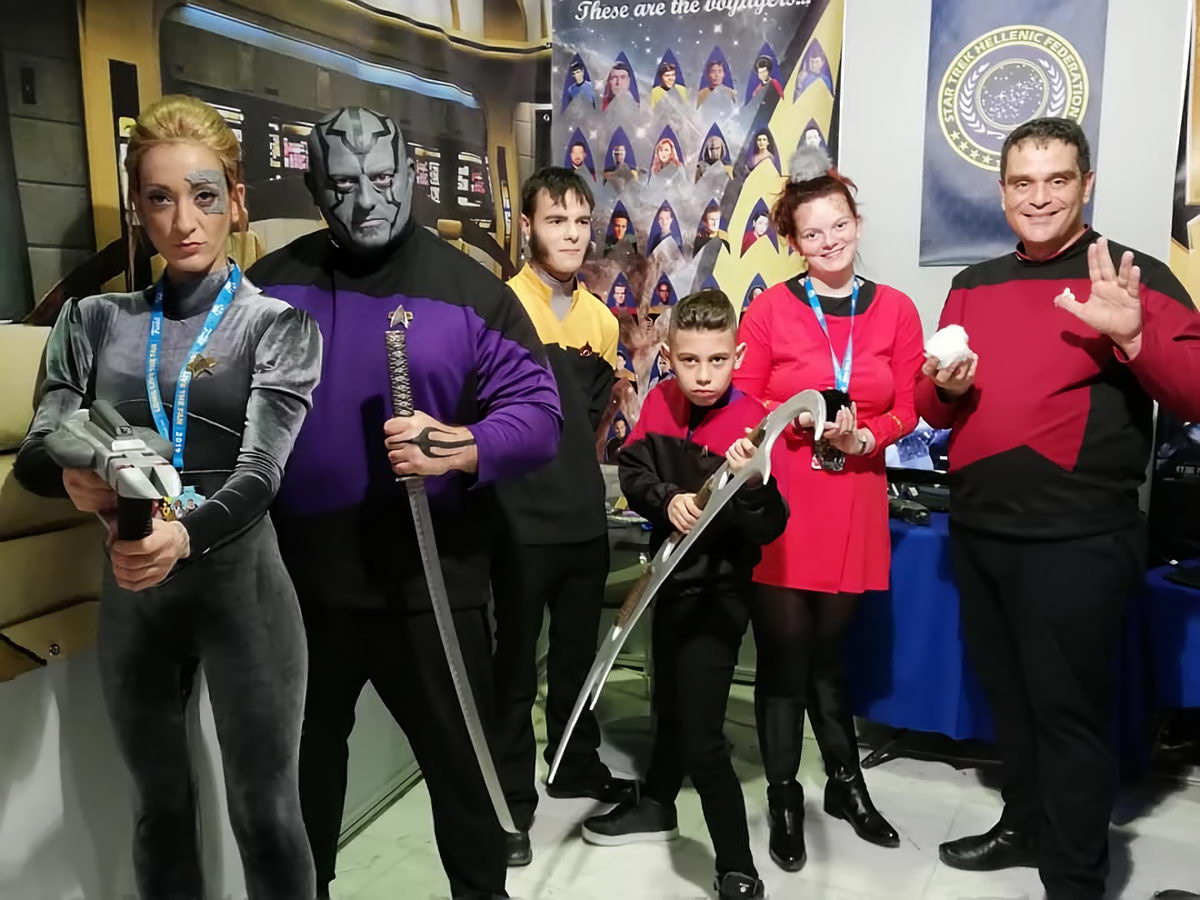 2) When and how did you get started with Cosplay and what got you into it? What led to the formation of your team? What was your first appearance and first Cosplays?

My initial involvement with Cosplay began when my friend Marwan Sanoussi accommodated me at his booth at Athenscon 2016, whose acquaintance was the cause for the creation of our community. 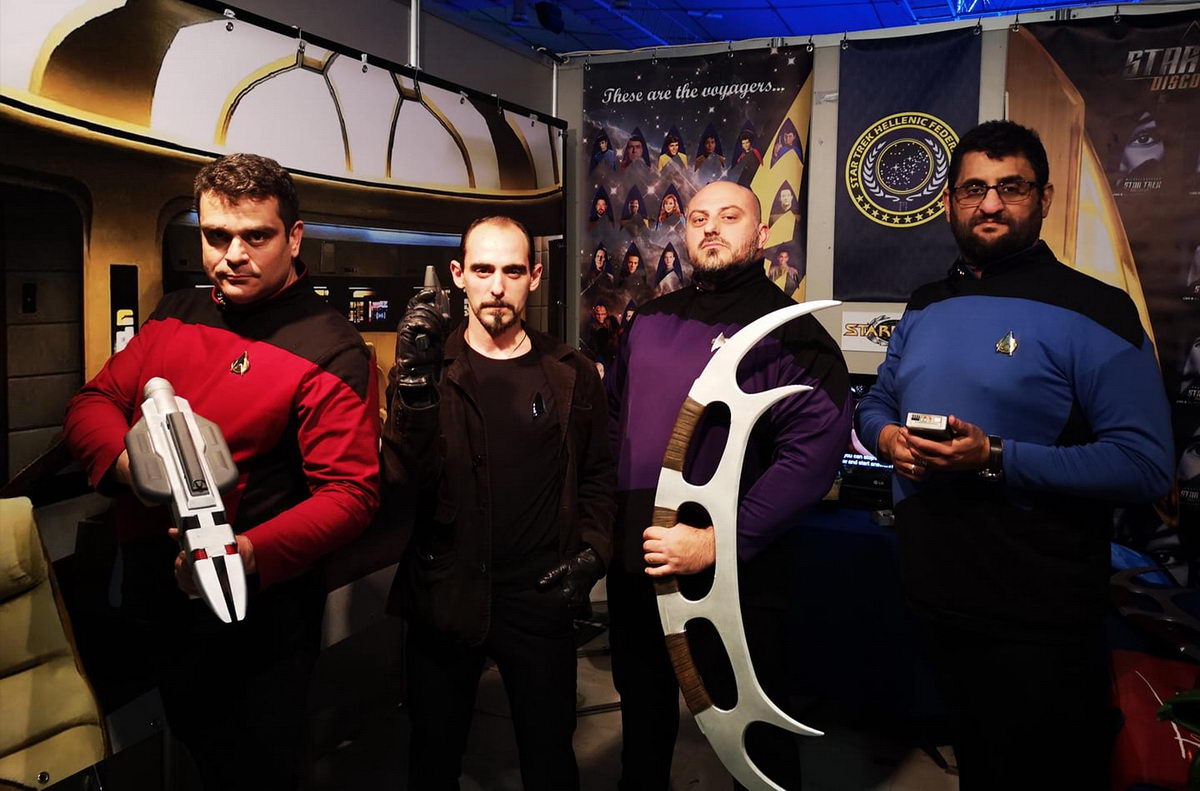 3) Your team’s theme is Star Trek. What kind of characters and from which sources of superheroes specifically do you choose your Cosplays from? Is the choice of this theme based on personal interests, and if so, when did you get in contact with it before the team’s creation?

My selections are from two specific series, Star Trek: Enterprise and Next Generation, with the rest of our community member choosing costumes from other series such as Star Trek: The Original Series, Star Trek: Voyager, Star Trek Discovery and more.

I first got into Star Trek during the ’90s watching the Next Generation series on state channels and buying all the series on DVD ( due to lack of online options ). Good old times. 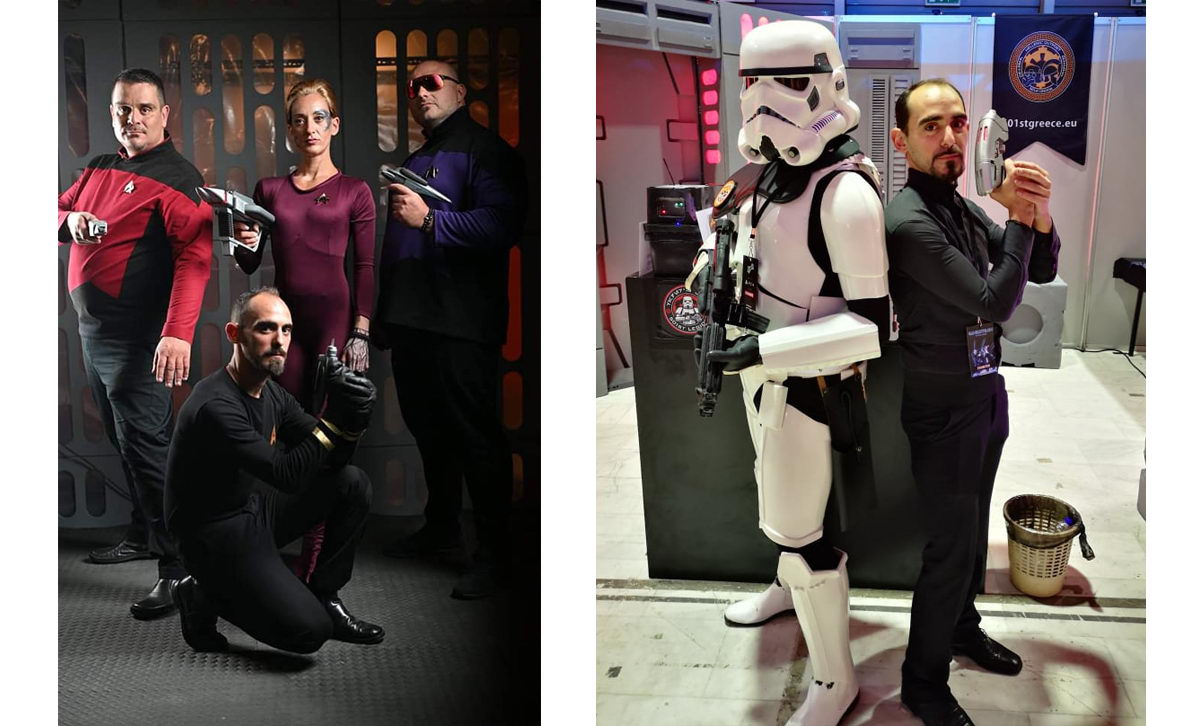 My choices are costumes of captains from the Star Trek: Enterprise and Star Trek: Next Generation series, with the ultimate goal of improving them to further refresh their look. The difficulty in creating Cosplays has to do with how close the final result is compared to the original. 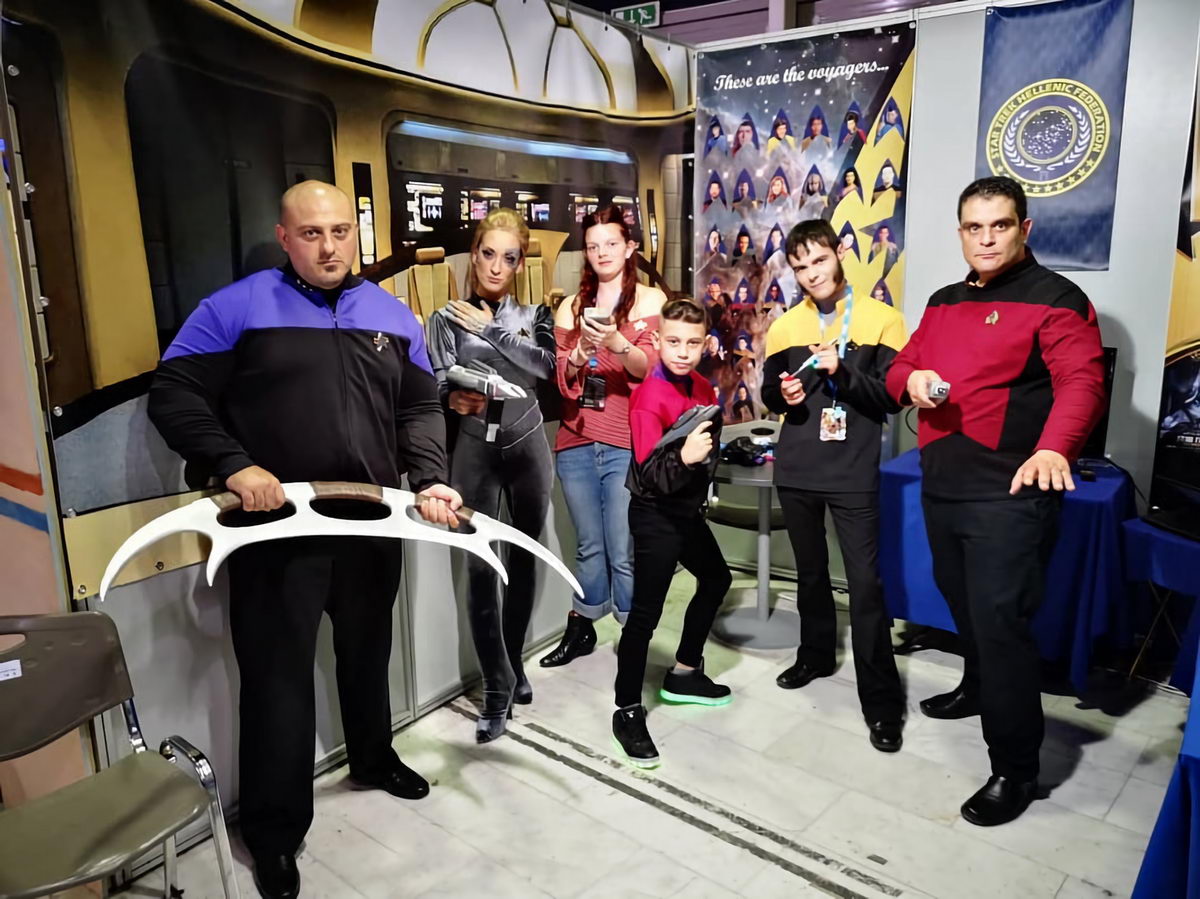 The creation of a uniform must be characterized by accuracy, proper fit and faithfulness to the original. This leads to quite high costs ranging between 400-500 euros. A proper Cosplay must always be faithful to the original.

Choosing ready-made Cosplay is not a problem, as long as they are good and proper, with some fixes that may be needed for a better fit. 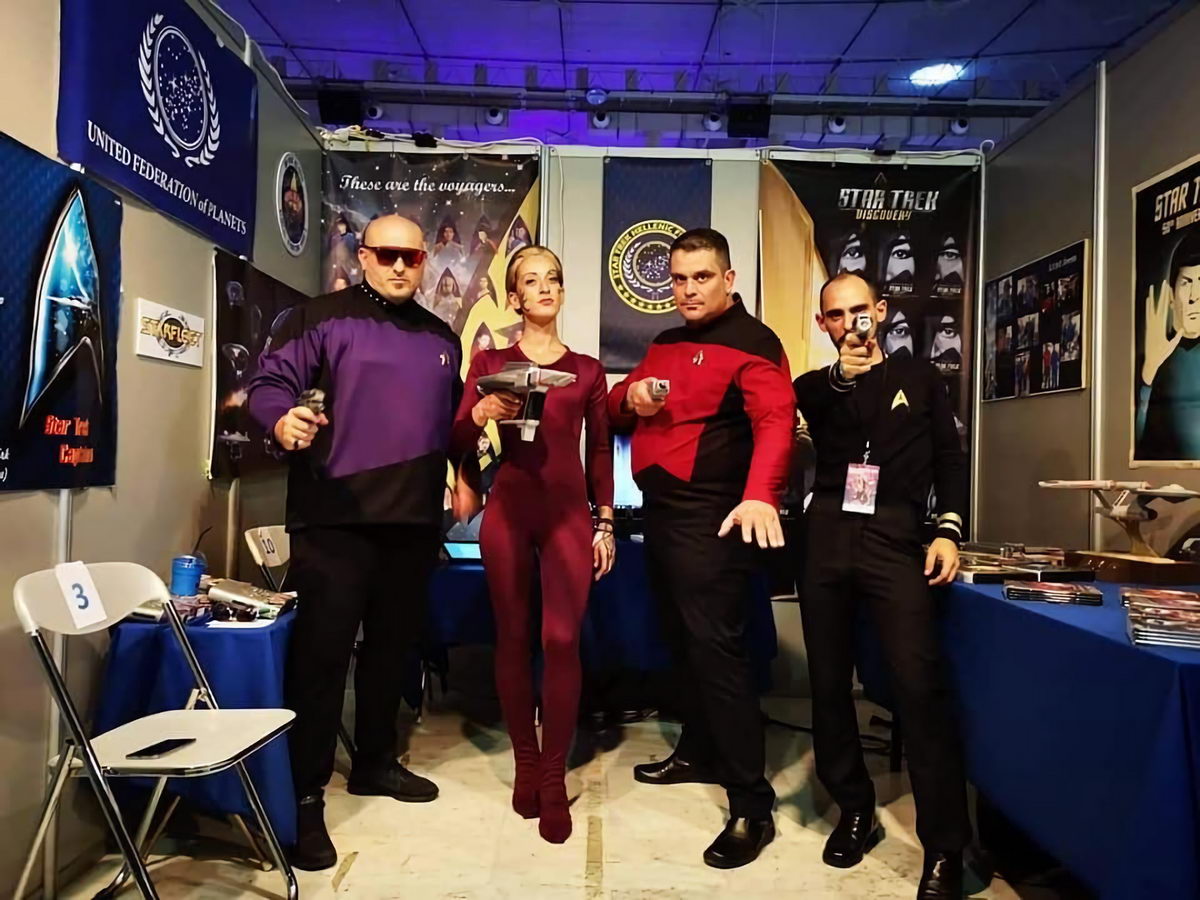 6) Do you consider your involvement with Cosplay a hobby or something more serious? How does that define the way you present your work?

I consider my involvement with Cosplay as a hobby that has the ultimate goal of spreading the Star Trek Universe and our community to the general public. 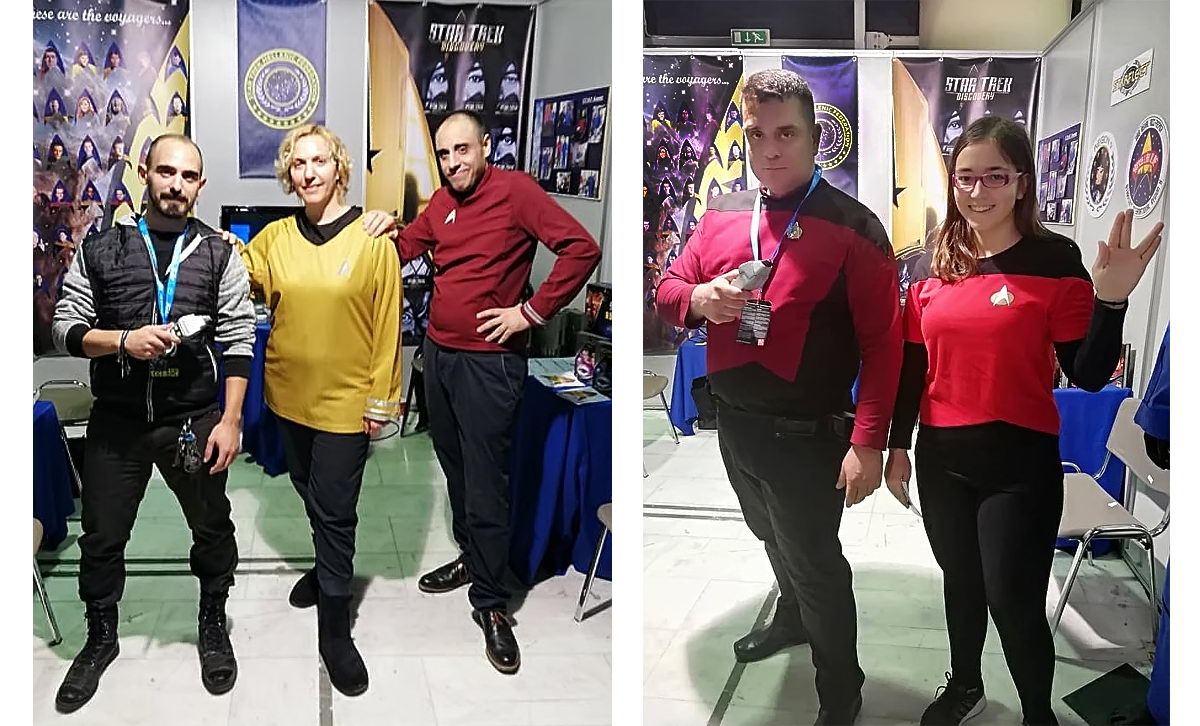 7) How did you feel the first time you appeared in public or at an event wearing Cosplays. Describe your experience to us.

To be honest, it was quite uneasy. The first time is also the most difficult until you get the hang of it. Until the first Star Trek fans appeared, we took pictures and I felt great. 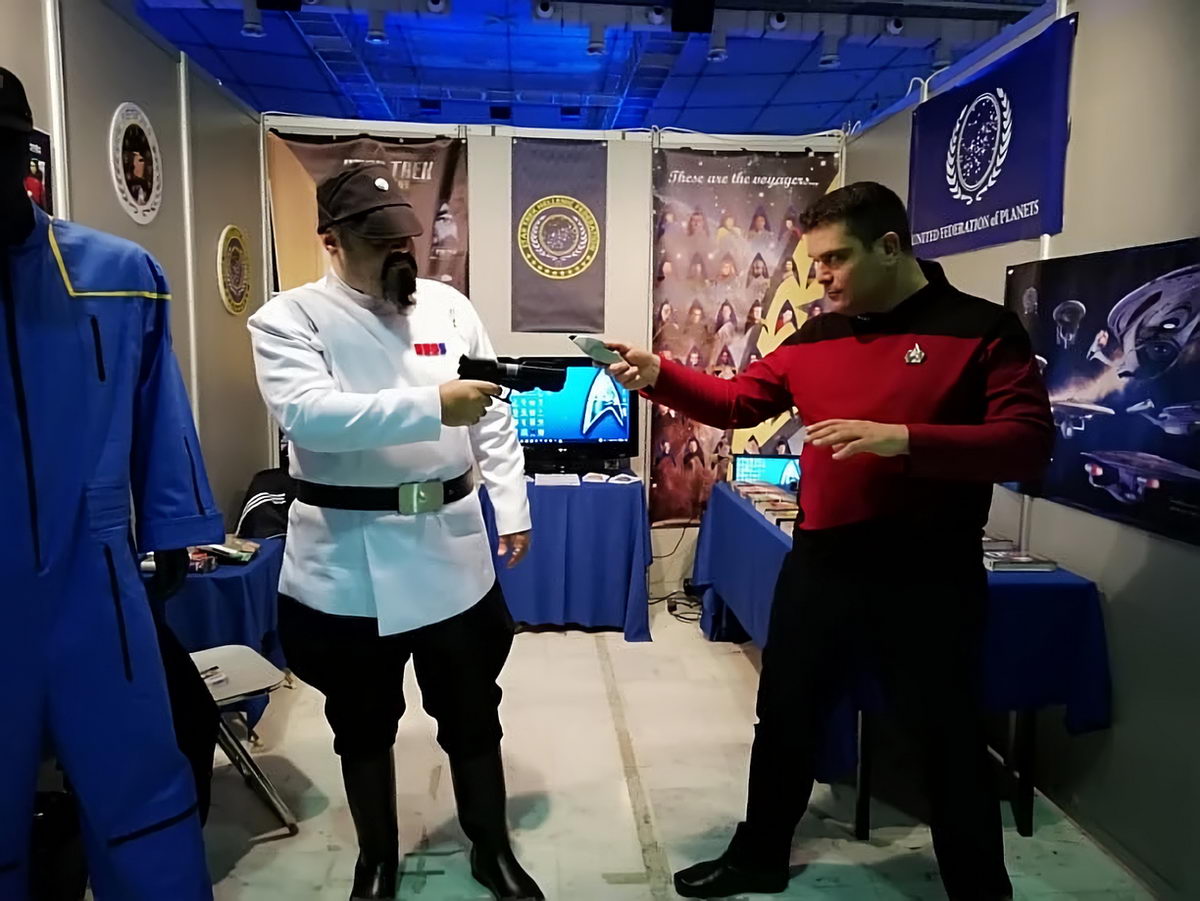 8) How did you end up attending Cosplays events intensively and what experiences did you get from it?

My involvement with the conventions in Greece, started from the need to spread the Star Trek culture and consequently our community to the general public. The experiences I gained in the course of my participation were and are very positive. The recognition that was gained was and is great, something that makes me very happy. 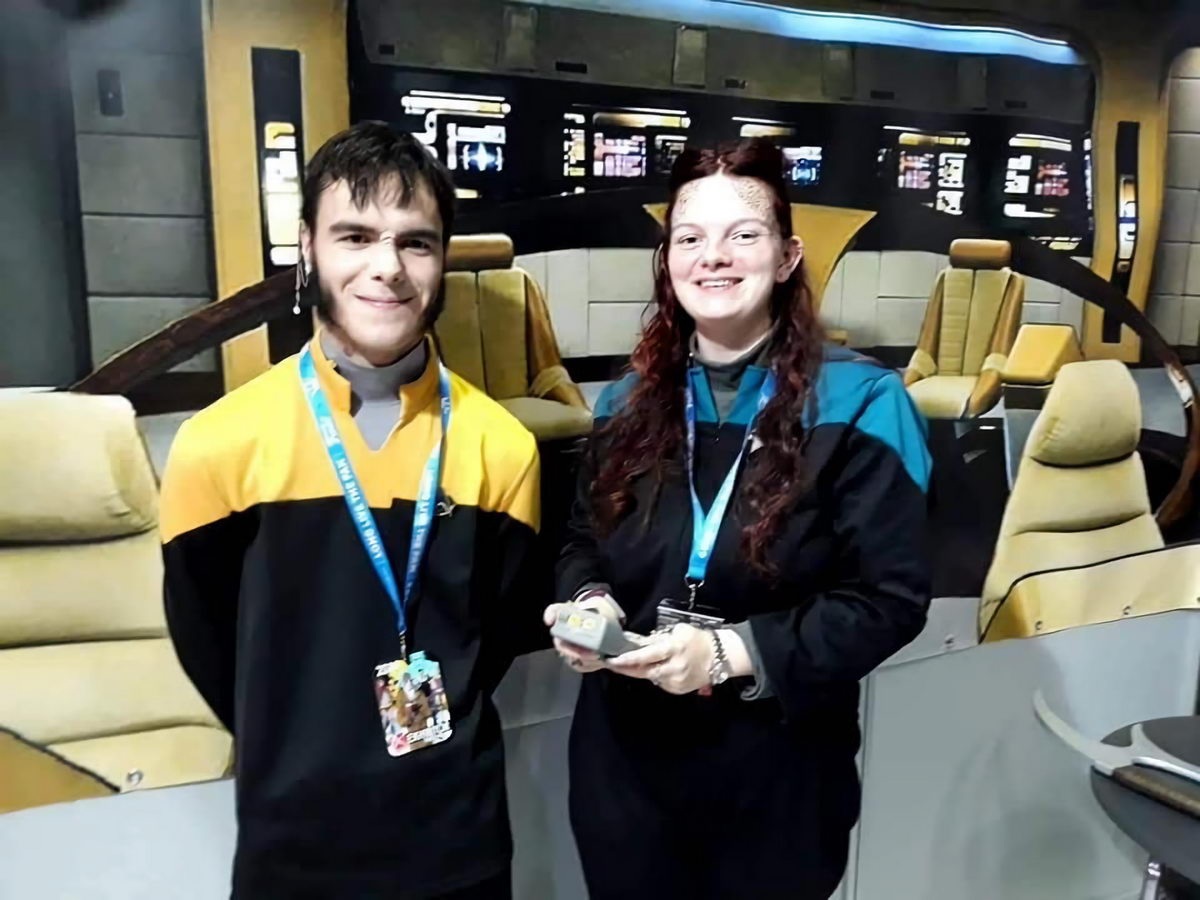 9) You attended various events as a Cosplayer exhibitor. Tell us about the content you exhibit in your booth. How do people who visit you treat you and what impact do you notice regarding your work at events and online? Are you generally satisfied with people’s response to your work all these years? Is there support from relatives and friends?

The content of the booth is related to the Star Trek theme. Exhibits such as dioramas, posters and personal collections, which have a great resonance to convention visitors and the internet. And I have the greatest support from relatives and friends who come and meet me. This satisfies me to the fullest, seeing my efforts being rewarded. 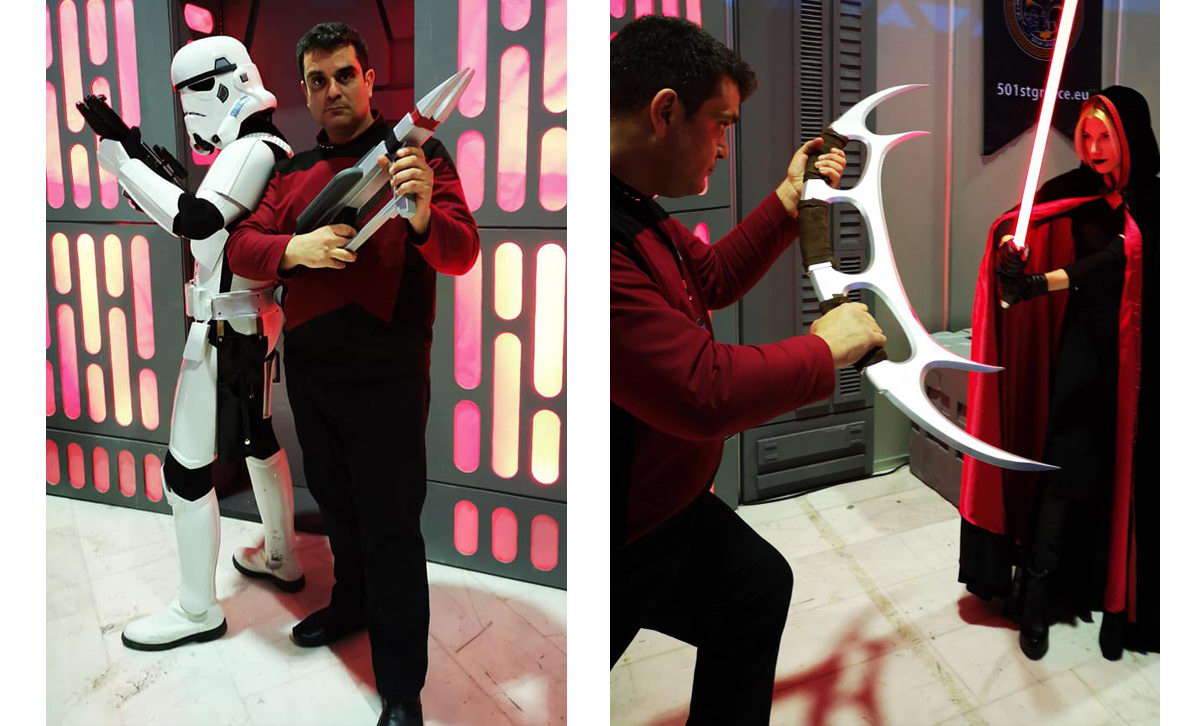 10) Did the theme and size of an event ever affect your decision to visit and dress with Cosplays at them? What would you say were your favorite events so far?

Star Trek is the norm for Pop Culture worldwide. I consider the participation of our community in respective events in Greece, individually and in groups, to be very important. My favorite Conventions are AthensCon and Gameathlon. 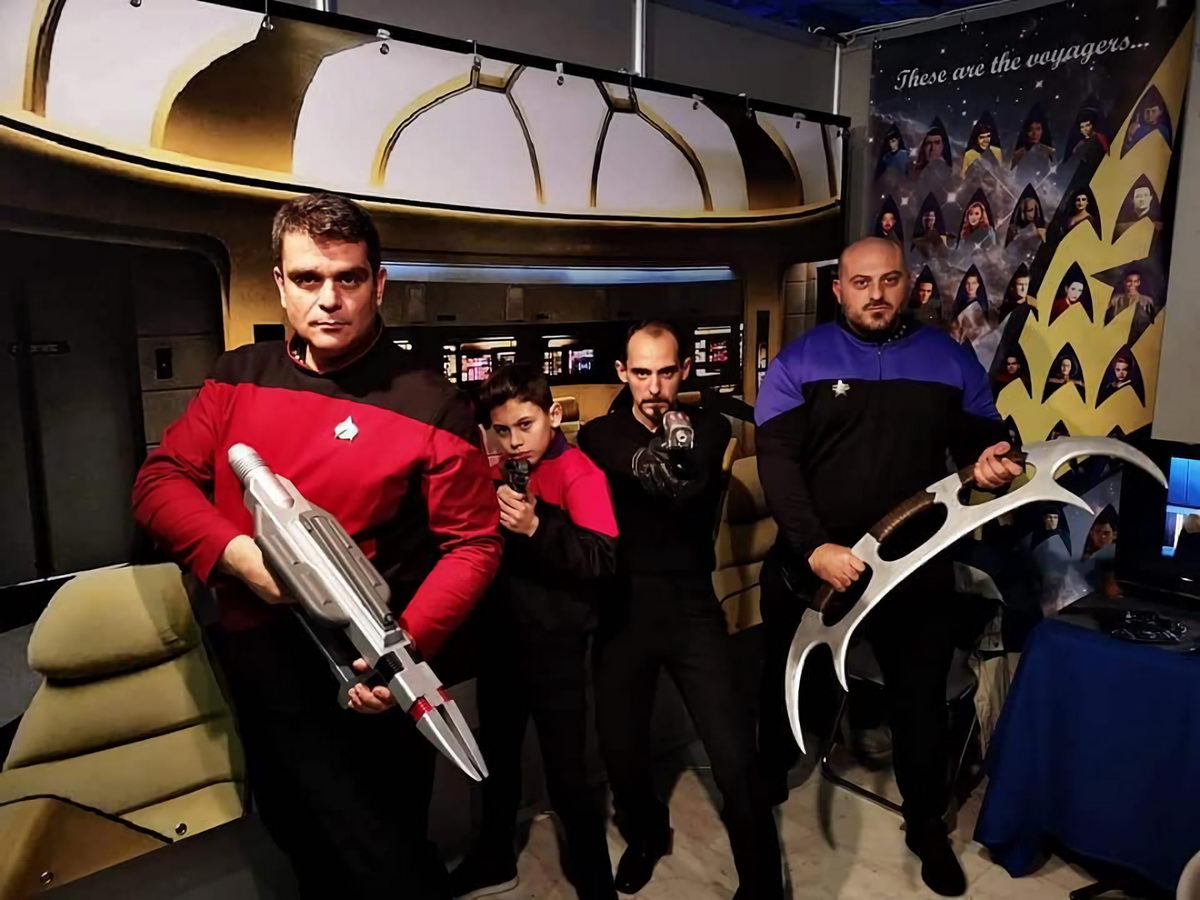 11) Do you think that Cosplay as a subject will continue to be part of your daily life and philanthropic work for a long time? If so, what are your plans for the future in this area that you have not yet been able to implement? Is there a long term goal or personal dream that you want to achieve related to it?

Cosplay will definitely be an important way of expression for Star Trek for me. I will expand the range of my choices, as much as I can, so that there will always be something fresh to present. 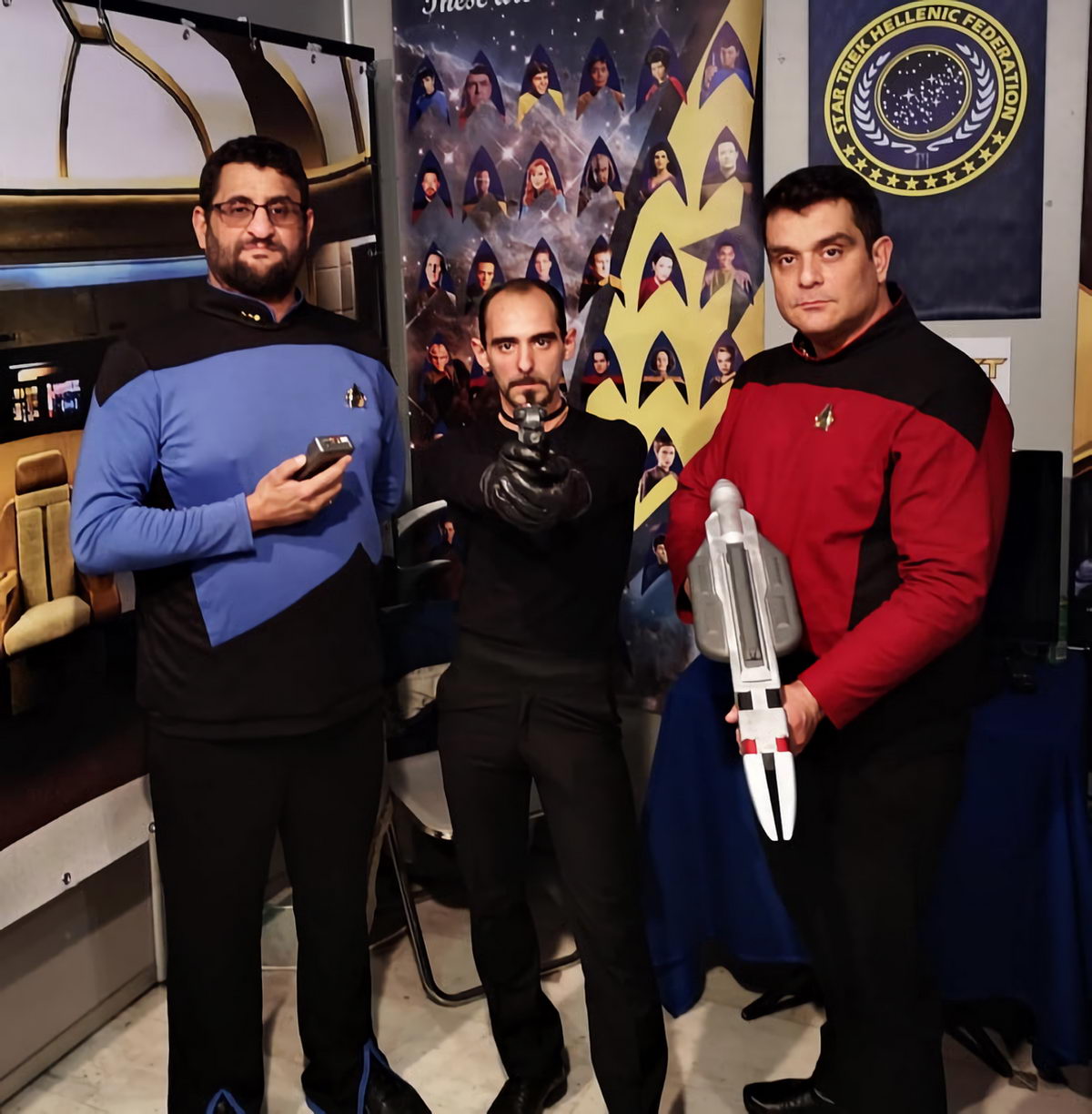 12) What is your opinion, in proportion to Greece’s size, in terms of the number and level of Greek Cosplays, but also the level of events where they attend? What evolution around them did you notice over the years?

Anything new always starts with timid and small steps. Sure, mistakes and omissions are made, but time heals. I believe that the future will be bright and very profitable. 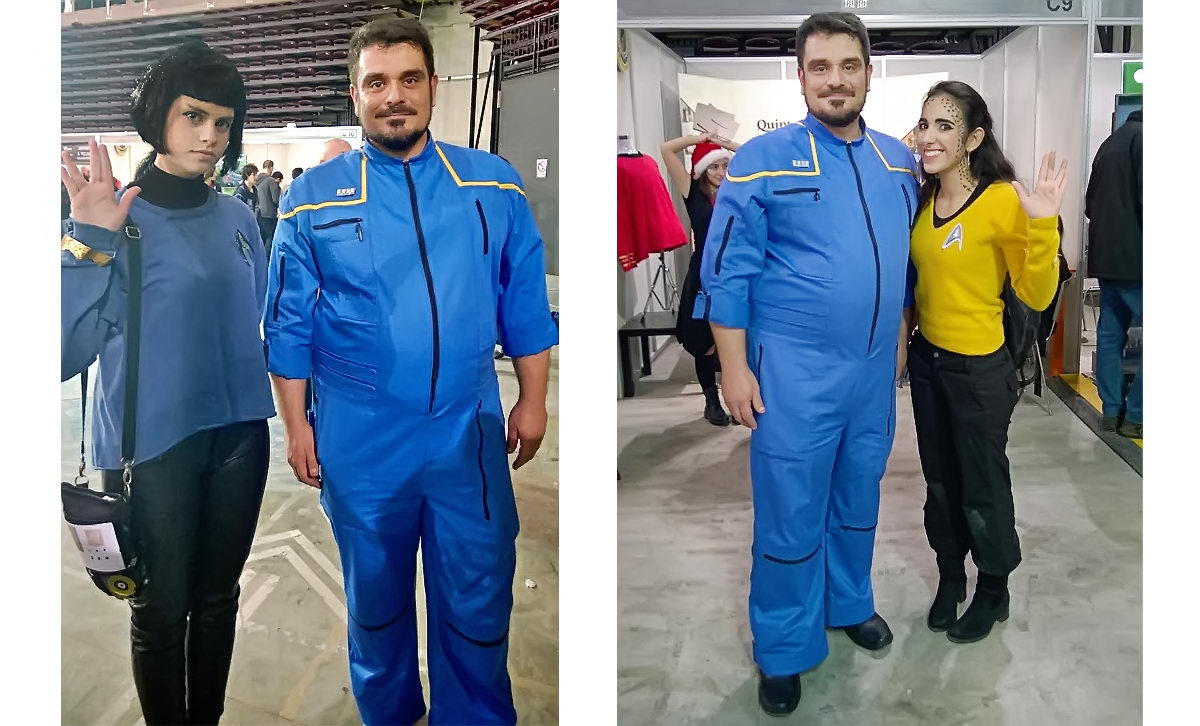 13) Do you think the provided Cosplay activities at various events are satisfactory or is there something you would still like to see there regarding Cosplay?

For the conditions in Greece, I think they are quite good. “The enemy of good is the best,” as the saying says. So, with every new year, the better. 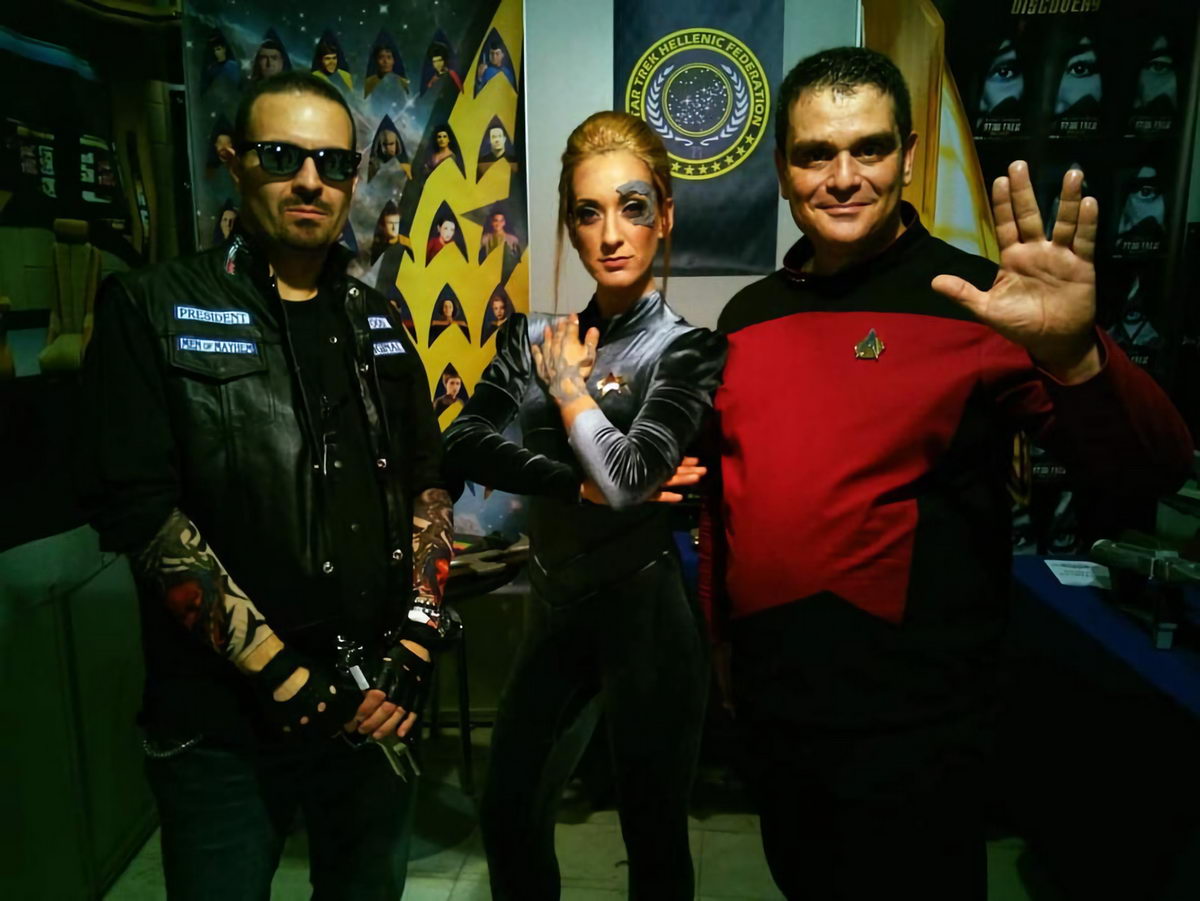 14) Is there anything else you would like to see happen in general in regarding Cosplay in Greece?

I would say a lot but the most important thing is would be for people to express themselves through Cosplay without fear and hesitation in expression. 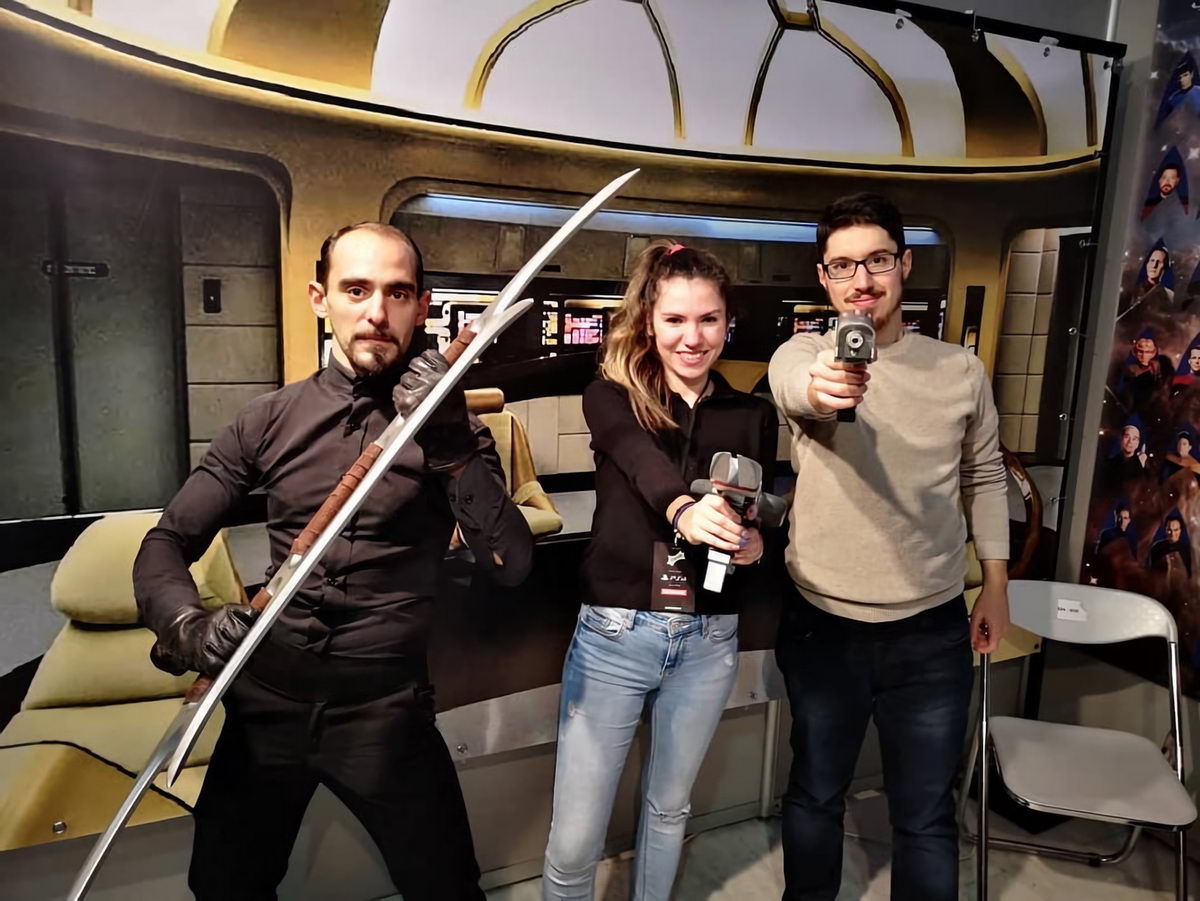 15) Do you think that off stage roleplaying should be a key part of a Cosplayer or do you consider it practically inapplicable?

Being a Cosplayer means entering and deepening your role, in any desired way. So yes. It’s desirable. 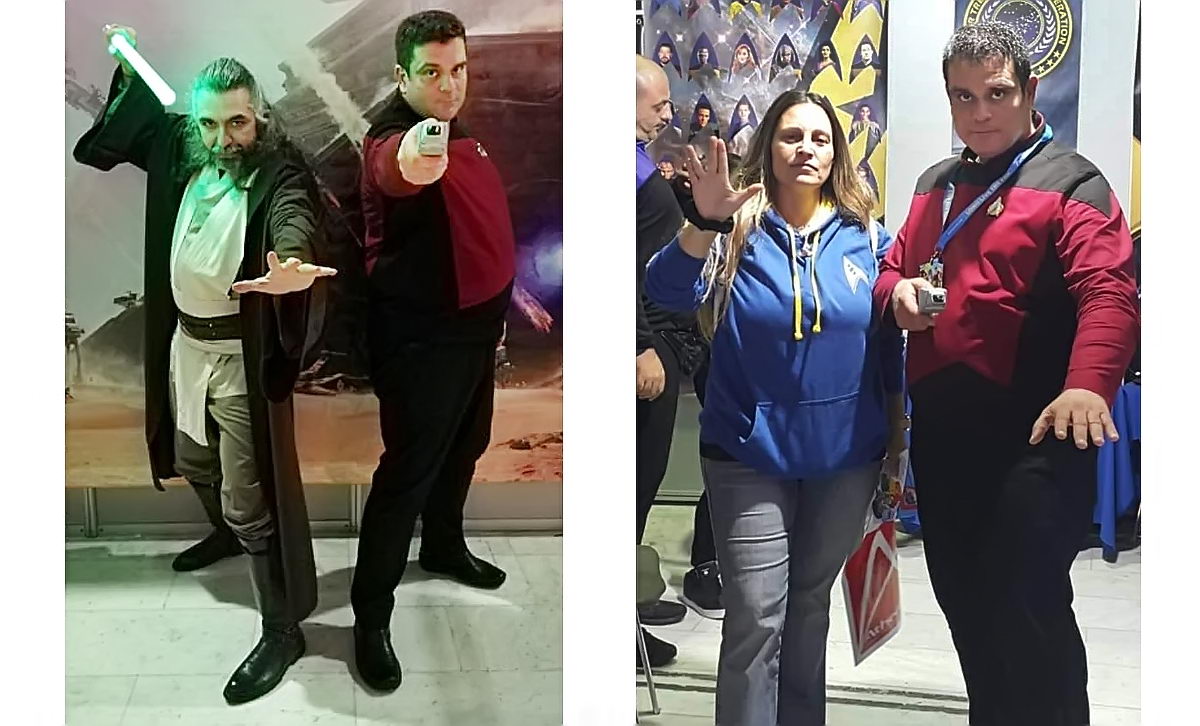 16) Is there any important or funny experience you experienced during your time in the Cosplay scene that you will never forget? What has Cosplay offered you so far?

The whole process of transforming from an ordinary person into a character that expresses your being, is very important to me. Being able to be different from others around you is something that makes me feel special. 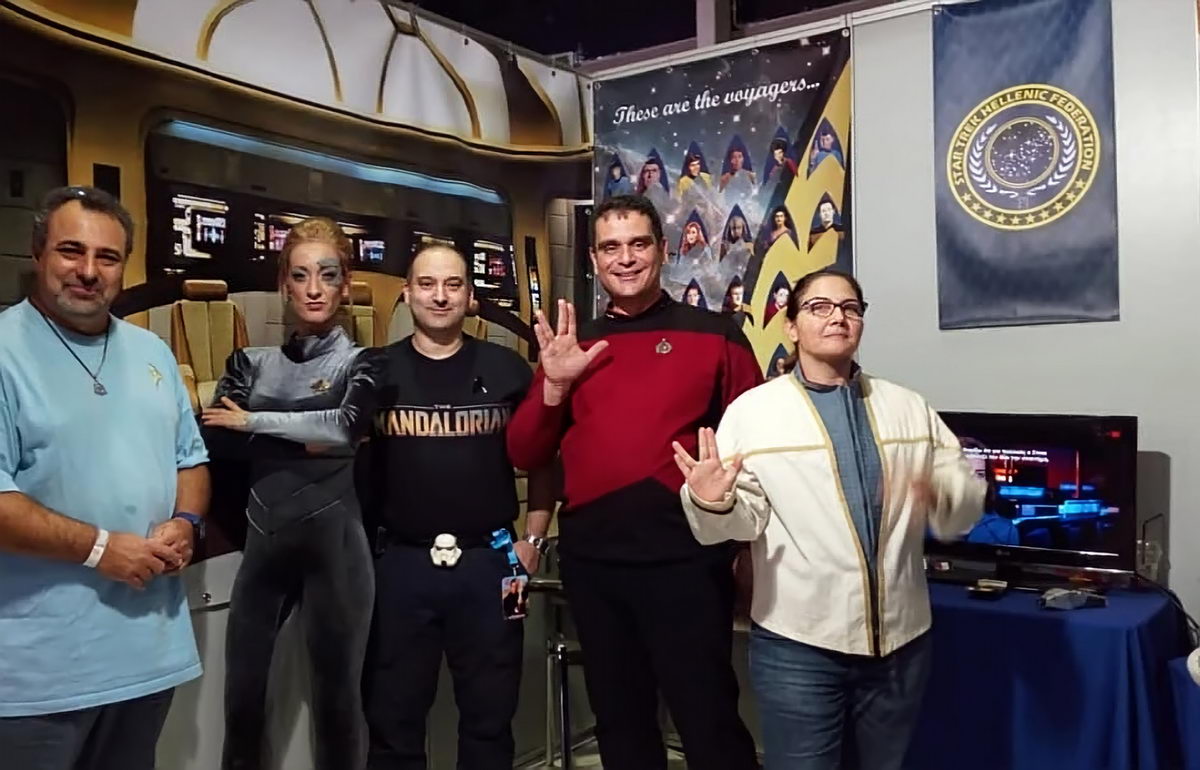 17) What is the first thing you would say to someone who wants to get into Cosplay, either seriously or not? Do you think it’s easy to get started? Are you looking for people interested in joining your team? If so, what do they need to know about that?

Patience, perseverance and hard work are the main characteristics a Cosplayer should have, and his reward on a personal level will be great.

As far as the members of our community are concerned, it’s up to them if they create a costume or not. Everyone is welcome if the Star Trek Universe expresses them. 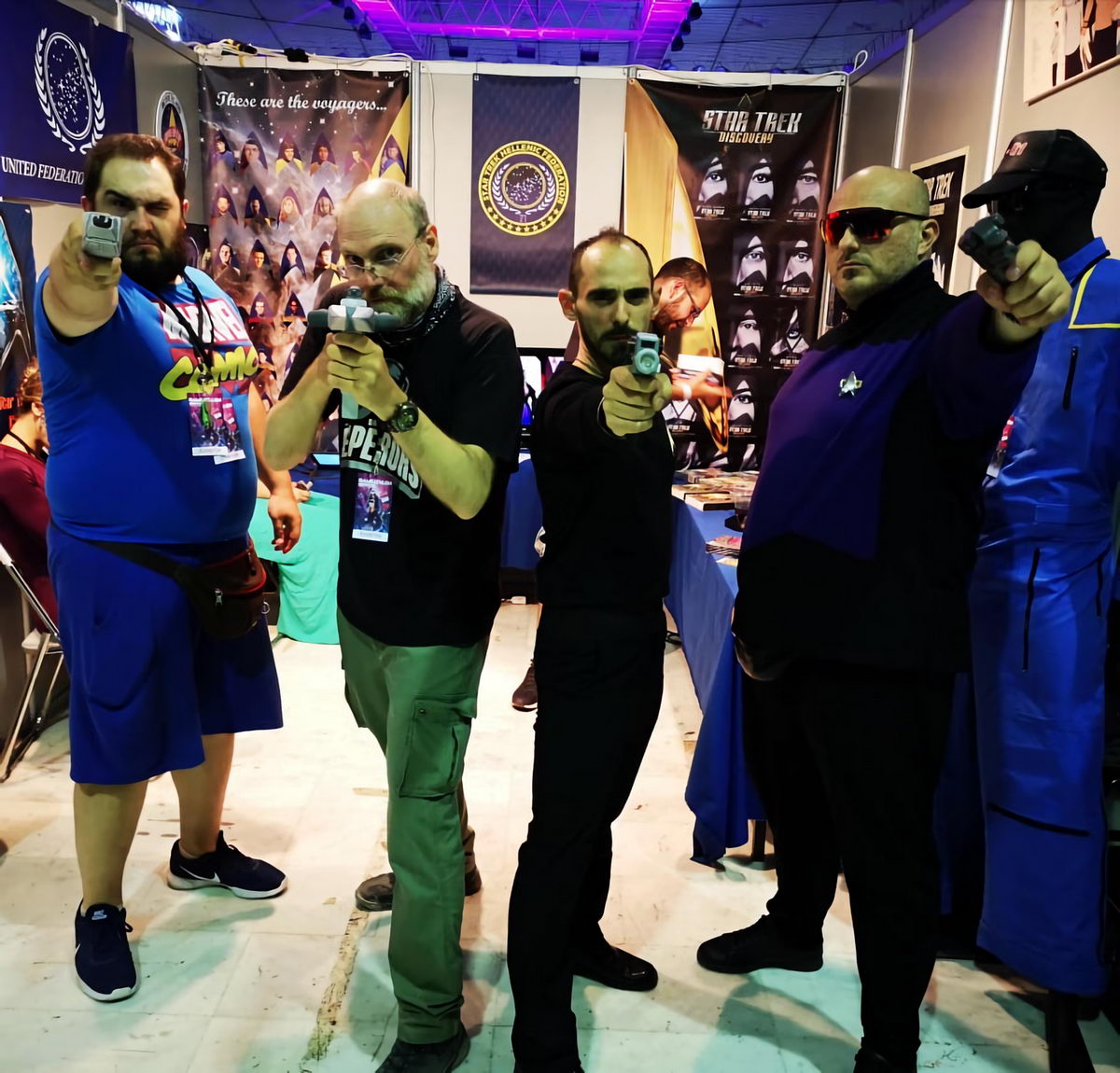 Nothing is difficult when you have faith and love in what you do. Do things the way you want to and everything will go as planned. 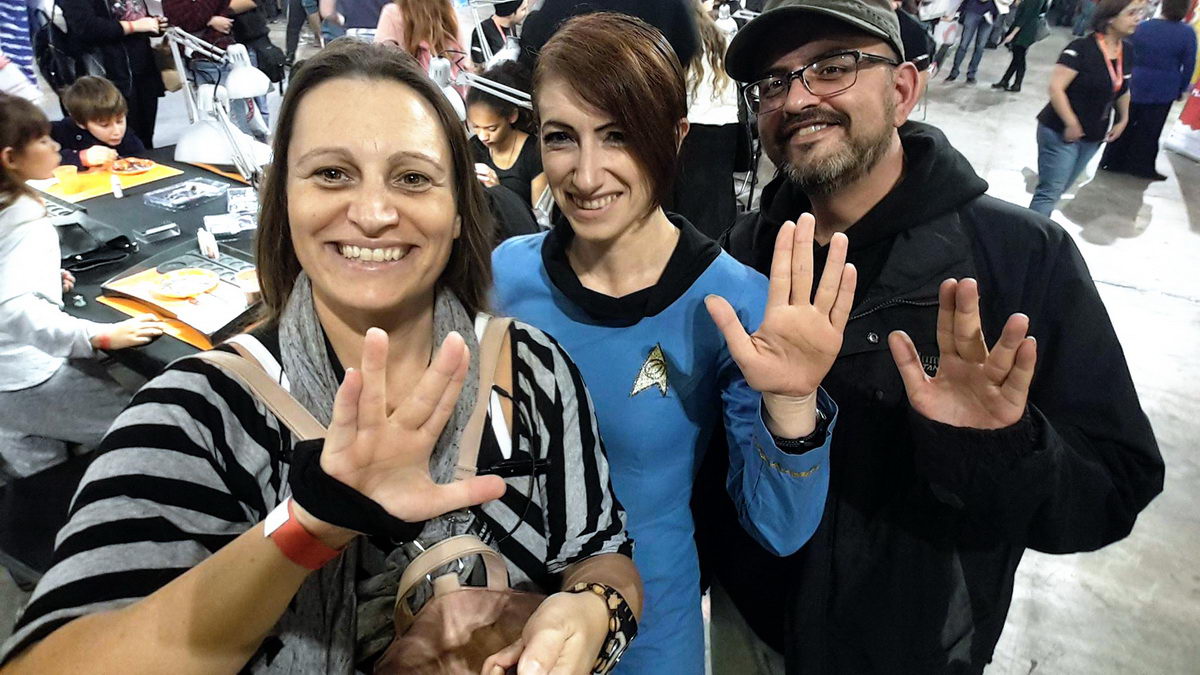